Home » Author Posts » HOW I BECAME A BOOK LOVER

HOW I BECAME A BOOK LOVER

It’s hard for me to say exactly when I started loving books. I can’t remember a time when I didn’t. I have incredibly fond memories of sounding out words in order to read Harry the Dirty Dog to my infant brother on our family’s green shag carpeting; of unnecessarily hiding under a blanket to read The Rainbow Goblins by flashlight (simply because I thought it would be cool to sneak a book); of soothing myself with Sweet Pickles books in the waiting room of my pediatrician’s office; of scoffing at my fourth grade teacher when she told me I was too young to read the Lord of the Rings. And there’s also the not-as-happy memory of the time I cut all the illustrations out of my Disney Storybook Treasury so I could play with them like action figures, only to have my mother explain later on that putting the pictures back into the book would be impossible.

But the one single factor that cemented my identity as a book-lover might have been the time when I was five and I believed I was a character in a book.

My mom used to read Winnie-the-Pooh to me a lot when I was young. It was probably my favorite book in my pre-kindergarten years. And one of the reasons I adored it so much was because I thought it was about me. I fully and wholeheartedly believed that I was Christopher Robin — or rather, that Christopher Robin was me. It didn’t matter that I owned no such stuffed animals as Pooh, Piglet, Eeyore, and the rest. It didn’t matter that I had no recollection of searching for the North Pole or attempting to trick a hive full of honeybees. It didn’t even matter that “Robin” is not part of my name (I also loved Batman & Robin at the time and I just figured I’d just tacked the “Robin” part on after my first name as a sort of homage).

No, none of that mattered at all. When I listened to A.A. Milne’s stories, I was hearing tales of all the hilarious, wondrous adventures I’d somehow forgotten. And I think I may have actually owned a little yellow raincoat, which certainly added to the illusion.

But because I truly thought those stories were about me, I listened to them incredibly intently. I attached myself to those tales in a way I didn’t when hearing, say, Dr. Seuss books read aloud. And don’t get me wrong — I loved Dr. Seuss, too. Perhaps if I’d been named Bartholomew Cubbins, things would have turned out differently. And if it’s true that my love of books grew out of a misunderstanding, I’m very glad to have misunderstood that particular fact.

It’s funny; my wife and I named our son Dashiell — Dash for short. And the first time he saw The Incredibles, he absolutely thought the speedy young superhero in that film was him. “I didn’t know I could run so fast,” he gasped. I was a little afraid he’d attach himself to movies, the way I had to books. But the fear was unwarranted; Dash is a more avid reader at age five than I even was. And he keeps asking me when he’ll be old enough to read The Maltese Falcon. 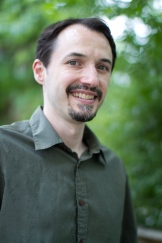 Check out the other stops on The Hero’s Guide to Saving Your Kingdom Blog Tour: http://bit.ly/I42Aed.