Every year, my husband and I give each of my daughters a Christmas picture book and a pair of pajamas to be opened Christmas Eve. These are ten of our favorites. 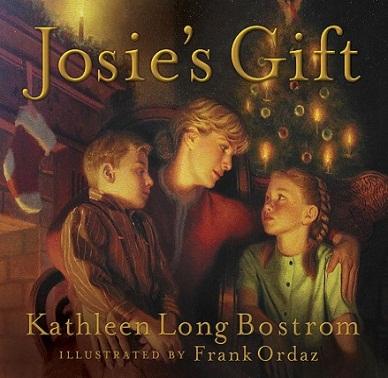 Josie’s only desire the Christmas after her Papa died was that blue sweater in the window display of her favorite clothing store, but there was a Depression going on, and her mother was barely making ends meet on the farm as it was. As Josie reflects on Christmases past when her father carved a new nativity figure to add to the collection he started on Josie’s first Christmas, she feels like nothing will ever be the
same.  Through some miraculous circumstances, Josie eventually realizes Christmas is “not about what we want.  It’s about what we have.”

The Littlest Angel by Charles Tazewell and illustrated by Paul Micich 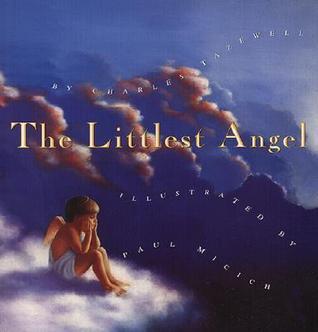 The Littlest Angel was four years old when he presented himself to the Gatekeeper to await admittance to the glorious kingdom of God. Upon arrival, the Littlest Angel upset the peace in heaven. He sang off-key, knocked every one’s wings askew, and tarnished his halo by holding it with his sweaty hand while running. He was miserable when he realized he was causing so much trouble. Thanks to the Understand Angel, he was comforted when a box left under his bed at home was brought to him. When it came to pass that Jesus was to be born in Bethlehem, the Littlest Angel decided to give the holy baby his box, which contained a collection of simple treasures from his boyhood. No sooner had he decided this was to be his gift to Jesus, he was filled with remorse. How could he give the Son of God such a shabby gift?   I love what happens when God discovers what is in the box. 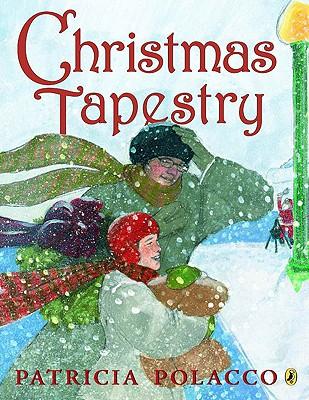 Jonathan is not happy that he and his family had to move to Detroit so his father could help a struggling church get back on its feet. Things seem to go bad to worse when the sacristy wall is ruined by a leak from a terrible snowstorm. Jonathan feels like the Christmas Eve service will be ruined, too, and is not convinced when his father tells him everything will work out for the best. When they go into town to bring back Christmas decorations for the church, Jonathan spots a beautiful tapestry that would be the perfect size to cover up the hole in the wall. They also help an old woman by taking her home so she doesn’t have to take the long bus ride. They stop off at the church to hang up the tapestry, and the woman is shocked. Amazingly, she was the one who made it long ago in Germany. It was her wedding Chuppah – the canopy over her and her husband. But then the Nazis tore her and her husband apart and put them in separate concentration camps. Every time I read the ending, it gives me goose bumps.  I love the way the story weaves together different faiths and makes clear God has a plan.

Jacob’s Gift by Max Lucado and illustrated by Robert Hunt 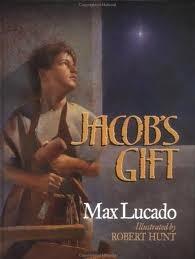 Jacob is a talented young carpenter’s apprentice. Rabbi Simeon announces to the boys in the shop that whoever builds the best project will work with him on the new synagogue. Jacob works tirelessly on his. One night, exhausted after working, he is woken up from a deep sleep to see a beam of starlight coming through a crack in the shop. He walks toward the star and hears a sound in the stable behind his father’s inn. There he sees a tiny baby lying on a nest of straw as his parents look on. He realizes he has built exactly what that baby needs, and it is his best work. When Jacob tells his teacher what he has done with this project, they realize he has made a cradle fit for a king. 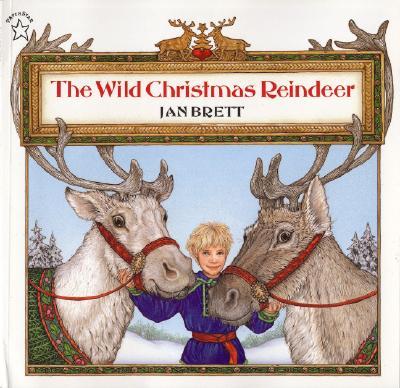 My oldest daughter has a collection of Jan Brett books, so we have several Christmas stories of hers. I always got a kick out of this one because of the troublesome reindeer and the expressions on their faces. Santa gave Teeka the charge of getting his reindeer ready to fly on Christmas Eve, but they rebel at her heavy-handed training techniques, and when they all end up tangled up and crashed, she realizes she’ll accomplish more if she tries kindness and encouragement instead. As with all Brett’s books, the illustrations are delightful.

The Nutcracker by Susan Jeffers 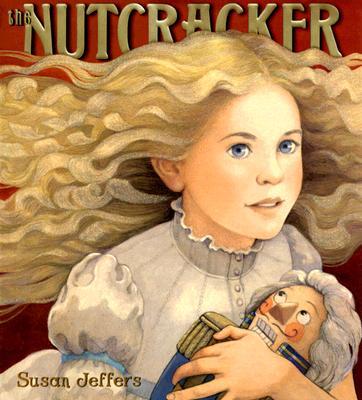 Our Christmas traditions have included trips to see “The Nutcracker” in both Cincinnati and while we lived there, Pittsburgh, so I had to add the story to our picture book collection. There are many versions, but I really enjoy Susan Jeffers’ illustrations. This version of the story is child-friendly and follows the story of the ballet.

The Gift of the Magi by O. Henry and illustrated by P.J. Lynch 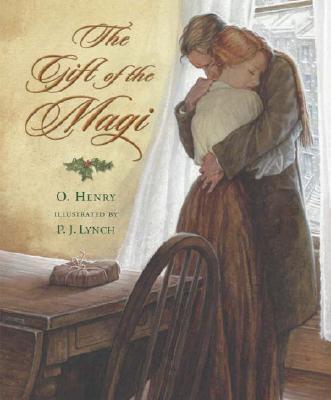 This is another classic Christmas story that I felt like we need in our collection. I’ve always loved the sacrifice and love shown by Della and Jim for each other. This version has gorgeous illustrations and thick, artistic pages. 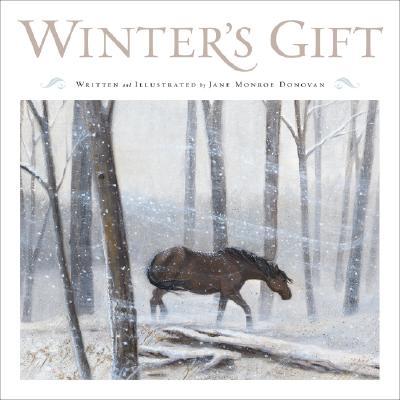 In 2009, my youngest daughter was enjoying horseback riding lessons, so I was drawn by the cover of his book. It was Christmas Even when an old man awoke, achy and tired. He walked out in the snow to chop and gather firewood, daydreaming of previous Christmases when he and his wife searched for the perfect tree out in the snow-covered woods. She would always tell him the star was the most important part of the tree. It symbolized hope.  But she is gone now, and the old man feels hopeless.  That night, an exhausted, lost mare shows up in his life, and they end up giving each other hope.

The Night Before Christmas by Mary Engelbreit 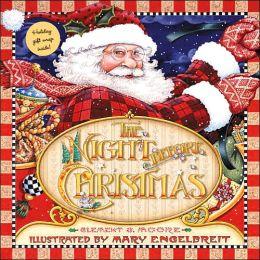 This is another classic story illustrated by one of my favorites, Mary Engelbreit. I love her whimsical, colorful drawings and overall cheerfulness of her work. I had to buy one of her Christmas books for our collections, and this one was it! I think her Santa is perfect!

One of my oldest daughter’s favorite Christmas songs is “The Little Drummer Boy,” so when I saw Loren Long at The Blue Manatee Children’s Book Store in Cincinnati this fall, I bought it for this year’s gift. A toy drummer boy appears on a child’s doorstep one day with a note that read: “Open now and enjoy the Christmas spirit early.” The child loved the toy and played with him all the time until one fateful day when he accidentally got knocked into the trash. He begins quite an eventful, and not always pleasant, journey. Throughout it all, he kept playing his drum. He finally makes his way home and he ends up right where he belongs.  Long signed this book with “To Libby – play your drum!”

Holly Mueller teaches fourth grade gifted reading at Kings Local Schools in Ohio.   She loves to get kids excited about reading, and she loves to talk about books.  You can read her blog at http://hollymueller.blogspot.com/ .