Top Ten (or so) Quotes About Reading by Brian Wilhorn

Over the course of history people have had plenty to say about reading. Some reading quotes are poignant, others funny, some state the sentiments we hold within ourselves more clearly than we are able to articulate independently, and some can even be troubling.

The prospect of this Top Ten not only exists, it can be accomplished! So without further delay, let us slay this impossible Top Ten Reading Quotes dragon.

On second thought, maybe this class discussion, while memorable, isn’t having the impact I intended. Ah, well. Still a great quote.

Now whenever that conversation begins, I embrace my inner ten-year-old. “Who here is #teambear and who is #teamrabbit?” “Do you believe Origami Yoda was indeed using the Force?” If the conversation gets too mind-numbing, I can always hold out my arm and cry, “Accio broomstick,” then pray it works so I can exit, stage left. 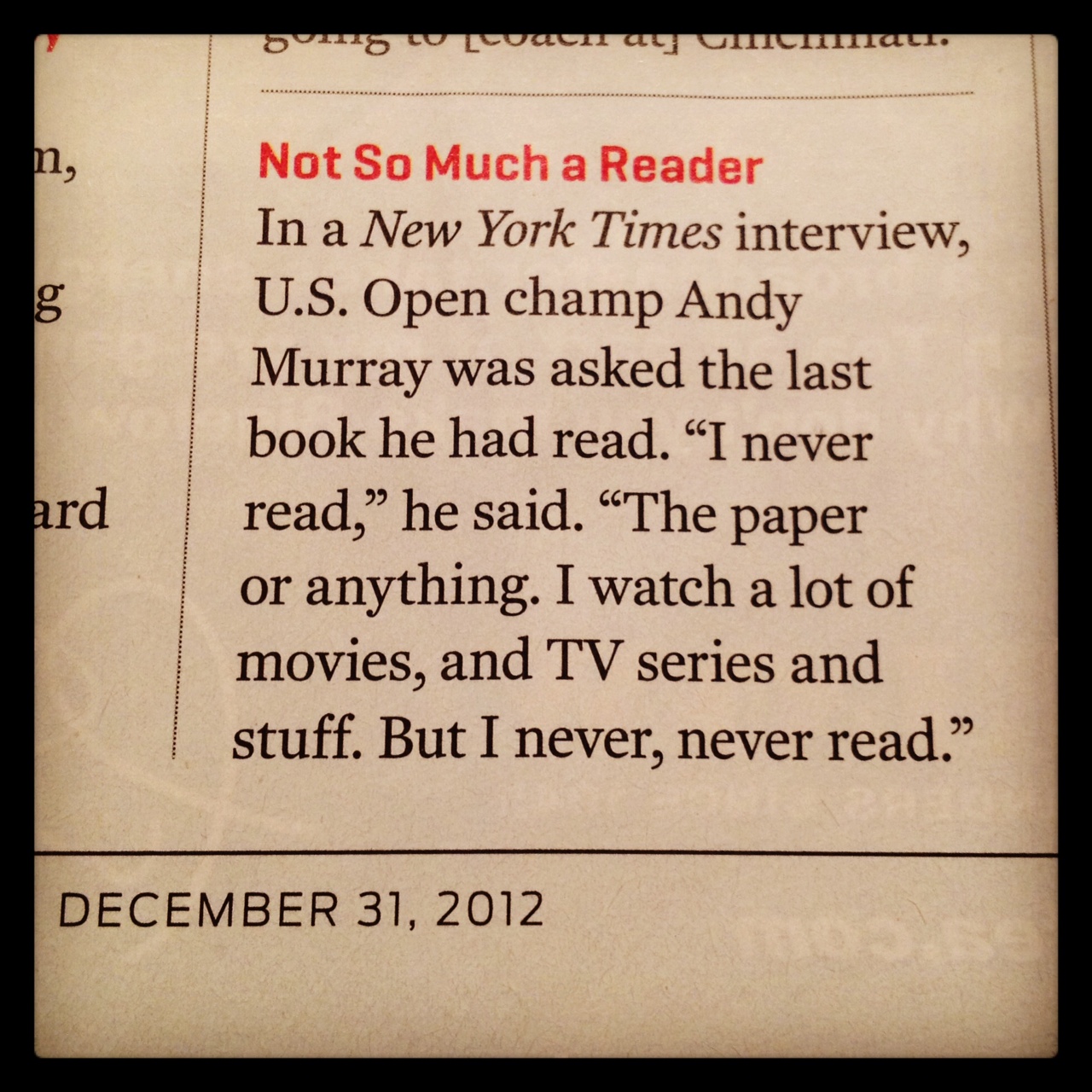 Lest we forget that not everyone is a reader. Sometimes we fight an uphill battle against the messages students hear outside the classroom.

And isn’t that just the perfect quote to finish a Top Ten list with eleven entries, including two in #6 and one the introduction? That’s, um . . . let’s see here . . . well, that’s more than ten. But who’s counting? And who says it’s against the rules?

We’ll leave that debate to the #NerdyMathClub.

Brian Wilhorn is a reading teacher and lead teacher in central Wisconsin. He is @HelpReaders on Twitter and writes at Help Readers Love Reading.