The mere mention of the word “Holocaust” may cause a significant group of primary teachers to cringe. The thought of including a notable Holocaust picture book in a primary curriculum might be equally unappealing even though the underlying message revolves around people making a difference.

Some may immediately respond, “Isn’t the Holocaust a more appropriate topic for secondary students? Why expose innocent children to such a tragedy?”

Another group of teachers may believe that some of the basic lessons from the Holocaust can be taught to young children. Following this line of thinking would mirror the philosophy that any topic can be taught in an age appropriate way. These educators would be more receptive to the less descriptive books.

At the far end of the spectrum are teachers who feel that their primary students should not be sheltered from the harsh realities of life. They might reply, “Isn’t the evening news filled with bloodshed and violence? Why wouldn’t I include picture books about the Holocaust?”

Before considering any Holocaust picture book, a teacher must assess the dynamics of his/her classroom, the curriculum, the demographics of the school, and the content of the book(s). Equally important is the teacher’s comfort level with the topic and the willingness to convey accurate information. Each teacher must ultimately decide if it is a “right fit” for his/her classroom.

The six books that I am sharing in this posting are just a small sampling. Each provides the reader the opportunity to explore how an individual’s decision can have a rippling effect that has the capacity to help others. While each story is unique, they all illustrate how people can make a difference. The books are listed in alphabetic order. 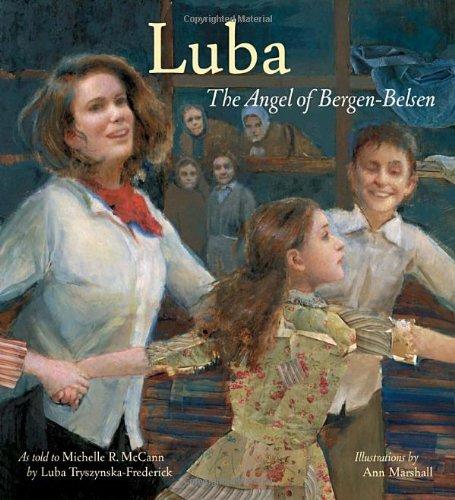 Luba: The Angel of Bergen-Belsen, as told to Michelle R. McCann by Luba Tryszynska-Frederick and illustrated by Ann Marshall

How a person responds to a dangerous situation tells a lot about his/her character. After finding 54 children on the outskirts of a concentration camp grounds, Luba is forced to decide whether she can attempt to save them or leave them to die. Enlisting the cooperation of others, all of which put their lives in danger, enabled all but one to survive.

Nine Spoons: A Chanukah Story by Marci Sillerman and illustrated by Pesach Gerber

Life in the concentration camps was harsh and cruel. Clinging to traditions and memories provided hope for many. Working together to gather nine spoons, allowed one woman the wherewithal to create a menorah made from the spoons. Without going into details, the story illustrates some of the stark realities of life in the concentration camps and the importance of Jewish holidays. 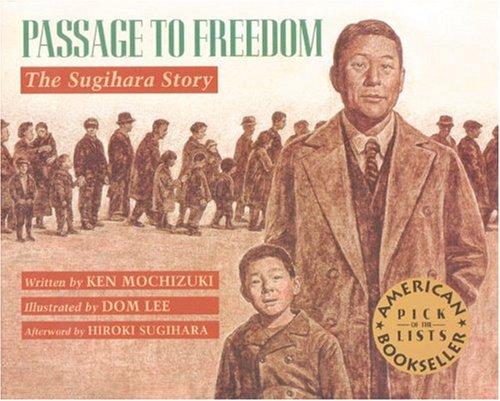 Passage to Freedom: The Sugihara Story written by Ken Mochizuki and illustrated by Dom Lee with an afterward by Hikoki Sugihara

Older children may be aware of Oscar Shindler’s story- Schindler’s List.  An equally engaging story focuses on the heroic life of Chiune Sugihara. He was a righteous Gentile who used his diplomatic status to save the lives of countless Jews. Even though he was ordered by his government to not help the Jews, he risked his life and reputation to do what he felt was right. 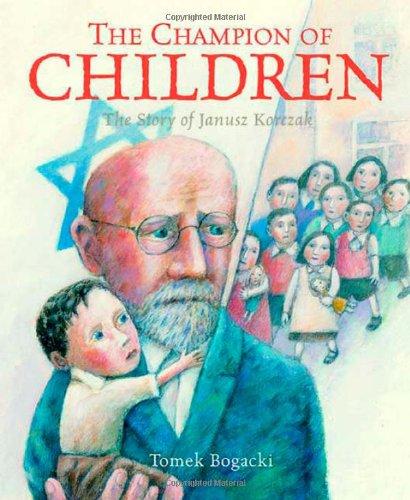 The Champion of Children: The Story of Janusz Korczak by Tomek Bogacki

Picture books that highlight the lives of notable individuals can be memorable. Janusz was a doctor and writer who dedicated his life to child advocacy. Sadly his democratically run orphanage was lost when he was forced to move his children into the Warsaw Ghetto. His amazing story lives on even though he perished in the Treblinka concentration camp with his orphans. 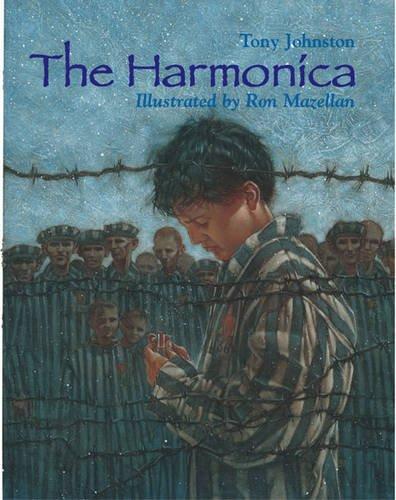 The Harmonica by Tony Johnston and illustrated by Ron Mazellan

This picture book illustrates how simple acts can have profound effects on people. The playing of the main character’s harmonica not only provided an avenue for his own survival, but also provided inspiration and hope for his fellow concentration camp prisoners. 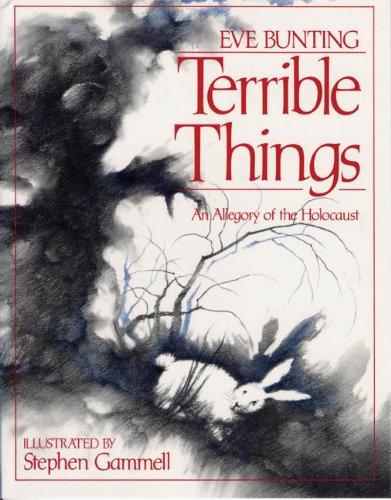 Terrible Things: An Allegory of the Holocaust by Eve Bunting and illustrated by Stephen Gammell

Decades after Eve Bunting dipped into the genre of children’s Holocaust literature, this book remains a popular choice as an introduction to the Holocaust. Using an allegory, Bunting successfully introduces both young and old to what happens when animals turn their back on the bad things that are happening in their community. The book provides a springboard for a lively discussion about the choices everyone makes.

Would you share a Holocaust picture book with your class?

This is just a sampling of Holocaust picture books that can be utilized in a primary setting.  An Amazon search will provide a more complete list of available books. For additional information visit:

Sandra Bornstein recently published May This Be the Best Year of Your Life. The memoir chronicles her living and international teaching adventure in India. Sandra writes a blog that focuses on education, travel, Jewish culture, and general musing. She is a licensed Colorado teacher with a Linguistically Diverse Education K-12 endorsement and two masters’ degrees- one in education and the other in Jewish Studies. You can find her on Twitter as @sandrabornstein.

Like Loading...
← IN APPRECIATION OF THE ART OF JOHN HENDRIX AND JOHN BROWN: HIS FIGHT FOR FREEDOM BY MARGIE CULVER 10 Books I Gave a Chance (And the Lessons I Learned From Them) by Holly Kregel →