Gabby is a daydreamer, with lots of reasons to escape into her imagination – her parents have separated and she is the new kid in a new school. Luckily, her mom never stops believing in her and she has a teacher who helps her to see that putting her words and dreams on paper can be even more freeing than using them to escape reality. Words With Wings is a novel in verse that’s woven through with a ribbon of the poems that Gabby writes about the words that give her wings.

Salt: A Story of Friendship in a Time of War

Salt is the story of two boys – one English and one Native Miami – during the War of 1812. As with Frost’s other books, form is an integral part of this story. James’s poems are always seven pairs of couplets making even rows across the page from margin to margin. In the notes, Frost writes, “James’s poems began as an image of the stripes on an American flag.” Anikwa’s poems are shaped like double hourglasses, curvy and fluid in contrast to James’s straight lines. In the notes, Frost writes,  “Anikwa’s poems are shaped like patterns of Miami ribbon work, a traditional art form created by sewing different colors of ribbons in patterns layered on top of each other to form diamond and triangle shapes.” Poems about salt are sprinkled between the events in the story, providing a larger, geological frame for the fleeting human events. 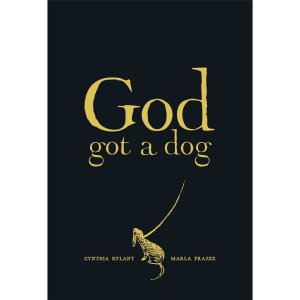 God Got a Dog

This is a book full of surprises. Both the poems and the illustrations invite the reader to imagine the many possible facets of God. Here we find a God who is male or female, young or old, and a variety of ethnicities. The title of each poem tells what God did – ordinary things like got a dog, made spaghetti, went to beauty school. The God in these poems has a sense of humor, has feelings, and is surprised by the wonders of His/Her creation. This collection of poems muses on both Divinity and Humanity in new ways.

Gone Fishing: A Novel in Verse

by Tamara Will Wissinger

Sam is so looking forward to his father-son fishing trip. It is just not right when his pesky little sister gets to come along…and when she turns out to be the better fisherman. All of the moments in this day are captured in poems that each use a different poetic form, including quatrains, ballads, iambic meter, rhyming lists, concrete poetry, tercets and free verse. The Poet’s Tackle Box at the end of the book invites readers to try their hand writing poems in the various forms.

This companion book to Mirror Mirror looks back and forth at a new group of fairy tales. The craft involved in using the same poem, read first forward and then backward (with only occasional changes in line breaks and punctuation) to tell two different points of view in the same story is as amazing in this book as it was in the first.

Mary Lee Hahn is a 5th grade teacher in Dublin, Ohio. Her poetry has been published online at YourDailyPoem.com and in the K-5 and 6-8 editions of The Poetry Friday Anthology. She blogs with Franki Sibberson at A Year of Reading and can be found on Twitter @MaryLeeHahn