I’ve always been a storyteller — the one on stage in high school, the loudest at family gatherings. When I entertained them with my tales of adventure, my parents kept telling me to “write it down.” I worked in the backcountry of a wilderness park for twelve years as a Canoe Ranger. In the winters, I ran my team of eighteen sled dogs. I had a lot of stories.

I did keep a journal with a distant plan of writing memoirs. But I was busy sleeping in snow caves, running rapids, living life, and then sharing anecdotes after. When I met my partner who is a brilliant storyteller at parties, my chronicles got louder and faster — a competition who could tell it first.

It was his encouragement that finally got me started on my writing path. I took an online course and wrote some magazine articles. After my first two were published – Frozen Turd Wars, and How to Pee out of a Kayak – my tutor gently suggested I might enjoy writing for children. Perhaps fiction.

Years later, after many, many revisions (I had no idea the number of revisions it takes) and serious help from the amazing Children’s Lit community along the way — I held my book in my hands.

I still can’t believe my tale is about to go into the wild without me. It’s a strange thing. This story that was built from my own experiences, that has been part of my life for so long, is going into the hands of readers who I have not met. I’m humbled beyond measure to think about that. How my words will travel now, I don’t even have to be loud to be heard.

I spent hours as a child reading adventure stories, and now I’m on the other end of that communication portal. Writing is a miraculous thing. It has allowed me to share my love of adventure, of the outdoors, and especially of sled dogs. If I have told this story well enough, if it makes one reader want to go outside, pet their dog, or feel something, then it makes the journey worth it. I am so incredibly grateful for this opportunity. For the first time in my life, I have stage fright. And that’s pretty awesome. 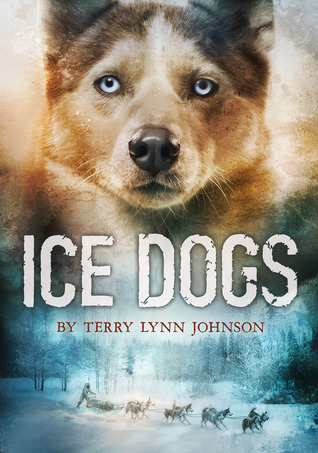 Like Loading...
← Through the Years: Reflections on Raising a Reader by Monica Babaian Once Upon a Memory – Written by Nina Laden, Illustrated by Renata Liwska – Reviewed by Bonny Becker →