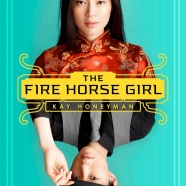 When I first started writing The Fire Horse Girl, I obsessed over getting all the details right. The book opens on Chinese New Year, and I combed through every New Year tradition I could find and jammed most of them into the first chapter (don’t worry, Cheryl Klein, editor extraordinaire, saved readers from that monstrosity). I meticulously researched clothing, mannerisms, language patterns, traditions, and other cultural nuances because people said that these differences were important. 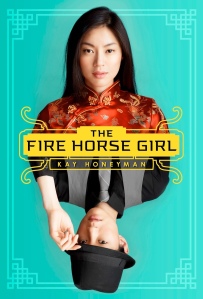 There’s another reason I obsessed over differences. While I was writing The Fire Horse Girl, I was also in the process of adopting our son Jack. At the time, he was a three-year old little boy who I’d only seen in six pictures his orphanage in China sent. Between filling out immigration applications, fielding questions about why adoption took so long, and daydreaming about the day we would finally bring him home, I worried about all the normal stuff. What kind of parents would we be? Would he understand that he was part of our family? How many Lego kits are too many? There was one question that is familiar to parents who choose international adoption – how we would preserve Jack’s cultural identity?

My worries seemed justified when we took our first step onto American soil. At the entrance to the airport customs area, Jack stopped, slack-jawed and bug-eyed. I looked around and realized that this was probably the first time he hadn’t been surrounded by Chinese faces.

So I did what any marginally neurotic first-time mother would do. I signed him up for Chinese school on Saturday, took him to a round of Chinese New Year celebrations and cultural events, and choose a school that cultivated a child’s sense of identity. Luckily, I had already written a book set in China or I’d probably have to find time for that as well.

But the truth is that Jack didn’t have to push aside any differences to fit into his life in America. His identity can hold his many facets (and I have a feeling he is just getting started). He can be Chinese and American and still have plenty of room left over to be stubborn and sweet, impulsive and deliberate. Jack is seven now. He is happy to sing “Twinkle, Twinkle Little Star” in Chinese. He can also belt out Taylor Swift’s “Story of Us” or recite the poem “Young, Gifted, and Black” by Nina Simone. He lives the James Baldwin quote, “There is nothing in me that is not in everybody else, and nothing in everybody else that is not in me.” Now, when he looks at the faces around him, he doesn’t see differences, he sees people.

I think those of us who write historical fiction want to build a time and place around the reader. We want to surround them with the sights, smells and sounds that history holds. But once we are done with all of those differences, all of those details that make that time unique, we want to show them the universal.

Jade Moon, my heroine in The Fire Horse Girl is not just Chinese or born in the Year of the Fire Horse. Her story is not one trapped in the amber of the past. She is a seventeen-year-old girl who doesn’t fit the world she’s in. Reality breaks her heart and bruises her dreams. She is scared and strong. She is brave and reckless. She is anybody who has ever wanted something and gone after it whole-heartedly. She is me and my sister, my mother and grandmother, my friends and the eighth graders I teach in my classroom. She is Jack and my daughter Lily.

Differences are important, and I think it is vital that we read and write stories that help us understand each other. But I don’t think we reach true understanding by looking at what makes us different. Jack and Jade Moon both taught me that we find dignity through honoring our differences, but it’s our common ground that reveals our humanity.

Kay Honeyman was born in Fort Worth, TX. She has taught middle and high school English for sixteen years and currently teaches at Highland Park Middle School in Dallas, TX. Honeyman became fascinated with the history of Chinese immigration to the United States when she and her husband decided to adopt from China. They adopted their first child in 2010 and their second child in 2012. The Fire Horse Girl is Honeyman’s debut novel.

Like Loading...
← The Top Ten Books I Never Wanted to Read (But I’m Glad I Did) by Emily Miller Angeline Buglebrain with Tom Angleberger and Mark Turetsky →