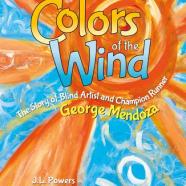 Colors of the Wind – Review by Nancy Bo Flood 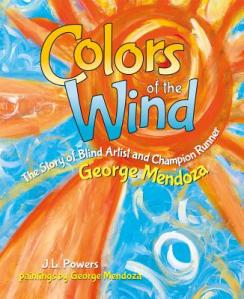 COLORS OF THE WIND is a picture-book biography  that tells the true story about George Mendoza, an Olympic champion runner and award-winning artist who is blind. The startling illustrations are paintings created by this blind artist George Mendoza.   J.L. Powers, the author of this book, tells us:

“To me, it’s an amazing story of someone who has persisted and found such an incredible gift in his weakness.  He broke a world record as a blind runner and went to the Olympics twice, and later started painting these bold paintings that he cannot see….” 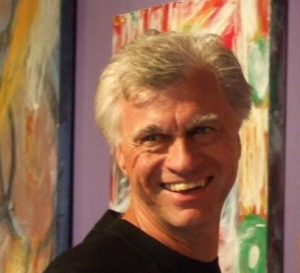 COLORS OF THE WIND is illustrated with Mendoza’s paintings as well as simple line drawings by Hayley Morgan-Saunders. Besides being a champion athlete and artist, Mendoza is also the founder of Wise Tree Foundation, a nonprofit corporation that promotes the arts.  A collection of Mendoza’s colorful and unusual paintings is a National Smithsonian Affiliates traveling exhibition.

Mendoza, a Las Cruces native, started going blind at age 15 from a degenerative eye disease. He often describes his condition as “kaleidoscope eyes,” losing his central vision but seeing things that were not there, extraordinary colors or objects multiplied and reflected back. But as a child, George did not want to be an artist or runner; he wanted to be a basketball player. He was good, until as a teen-ager, he “tried shooting baskets, but he kept missing.  Instead of a basket, he saw an enormous eye floating in the air.”

As George lost more of his sight, he became discouraged. “Whenever he tripped over something that everybody else could see, he yelled at himself.  When a priest suggested,  “Nobody else sees the way you do…You should paint what you see.”  But George did not want to paint.  He wanted to be a basketball star. He thought, “I’ll never be able to do what everybody else can do.”

That’s when George started to run.  Even blind, he could run faster than almost everyone.  George discovered that “everybody was good at something.” 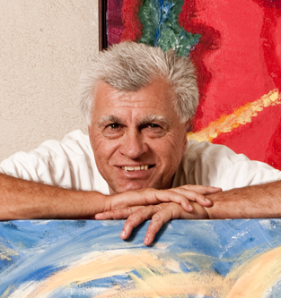 George faced his blindness and discovered amazing gifts; one was a unique and different imagination – a different way of seeing the world.  He thought about the little girl, blind from birth, who asked, “What color is the wind?”  and the blind singer who described his backyard tree as reaching up into the sky more than 35 miles. A tree more than 35 miles tall? Who would imagine such a thing!

Kathi Appelt, author of The True Blue Scouts, Sugar Man, and The Underneath, describes the book as “an illumination of the persistent power of art.” The book “reminds us all that our biggest burdens are often our greatest gifts.”

COLORS OF THE WIND is a gift to give yourself and to share with readers of all ages.  And imagine … what colors would you paint the wind?

Like Loading...
← Write What You Are Passionate About by Roland Smith Sharks, Ships, and Charlotte Doyle: The Inspiration Behind Adventure by Katherine Roy →