This day, this season, 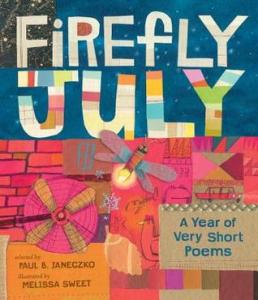 selected by Paul B. Janeczko

This is a collection of poems to relish. Each of the thirty-six “very short” poems has been thoughtfully chosen to tell the story of the seasons, and visually enhanced with richly detailed illustrations by Melissa Sweet.

Jon Muth’s panda character, Koo, takes us through the seasons (and the alphabet) with twenty-six haiku. Muth’s haiku do not adhere to the 5-7-5 pattern of syllables. He writes in the introduction, “For me, haiku is like an instant captured in words — using sensory images.”

Santa writes a haiku a day for the entire month of December, giving readers a behind-the-scenes glimpse of everyday life at the North Pole with Mrs. Claus. Santa’s December does not feel rushed and frantic; he takes time to look at the stars and notice a white fox at the salt lick. 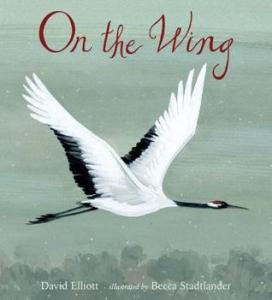 David Elliott packs his short poems with plenty of wordplay and surprises. This collection features both well-known birds from backyard feeders and exotic birds from far away places. 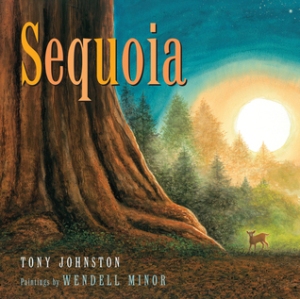 Sequoia tells the story of his long life and his important place in the forest ecosystem. Informational back matter includes concerns about environmental changes that are endangering these amazing giants.

Dear Wandering Wildebeest: And Other Poems from the Water Hole

From first light to star light, these poems take the reader through a day at an African water hole. Latham uses a variety of forms, and includes an information text box about each animal (and one tree).

Simply written with perfect word choice, these rhymes elaborate on all water can be. Scientific information about each page in the book is included in the back matter.

Winter Bees & Other Poems of the Cold

How do animals survive when fall turns to winter, when winter’s cold deepens, and then when winter begins to give way to spring? Sidman’s poetry and Allen’s illustrations (plus the informational text boxes on each page and the glossary at the end of the book) give readers the answer to this question.

the turbulence of growing up — 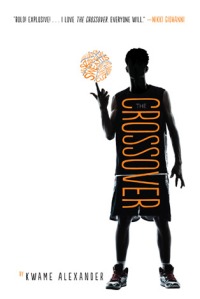 12 year-old Josh Bell and his twin brother Jordan have basketball in their blood. Josh tells his family’s story in this novel in verse and rap for middle-grade readers. 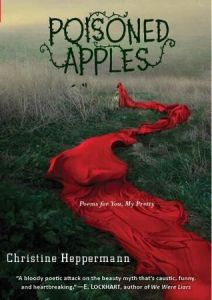 Poisoned Apples: Poems for You, My Pretty

Fairy tales are woven with the modern reality of growing up female. These poems are dark and sometimes disturbing, but always filled with truth. 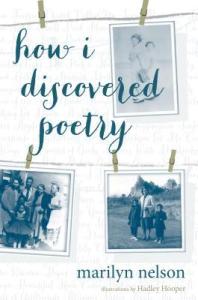 How I Discovered Poetry

In a sequence of fifty unrhymed sonnets, Marilyn Nelson’s memoir gives us a “portrait of the artist as a young American Negro Girl.” From age four to fourteen, we watch her grow into the realization that she will be a poet.

open your heart to the pain

and learn from the past. 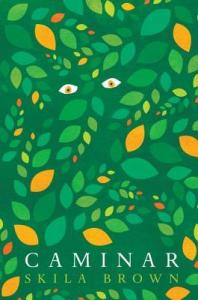 It’s 1981 and there’s a civil war going on in Guatemala. In this coming-of-age verse novel, Carlos must find his own way when the Communists come to his village.

This gorgeously illustrated book of poetry for older readers teaches about 369th Infantry Regiment in World War I. This group of 2,000 black American soldiers became famous not just for their tenacity on the battlefield, but for the music they brought with them and which helped them to survive.

A heart-wrenching novel in verse about a Sudanese girl who loses nearly everything when her village is attacked. After a harrowing trek to a refugee camp, she is restored by the power of a red pencil.

Mary Lee Hahn is a 5th grade teacher in Dublin, Ohio. Her poetry has been published online at YourDailyPoem.com and in the K-5, 6-8 and Science editions of The PoetryFriday Anthology. She blogs with Franki Sibberson at A Year of Reading and can be found on Twitter @MaryLeeHahn