Write What You Know? Try Writing What You’d Love to Learn by Chris Barton

Next time you hear a student say, “I don’t know what to write,” I’d like you to think about dancing. About ballet, to be exact.

‘The Nutcracker’ Comes to America, written by Chris Barton, illustrated by Cathy Gendron, and published by Millbrook Press.

Two ballets are mentioned by name in my new book, ‘The Nutcracker’ Comes to America: How Three Ballet-Loving Brothers Created a Holiday Tradition. One of them, you can probably guess. The other, you probably can’t, so let’s talk about that one.

When I embarked on this Nutcracker project, I had no idea there’d ever been a ballet featuring roles for a gangster, a state trooper, and a little girl who really needs to pee. No ballet, I would have figured, was ever named for a place with gas pumps.

And it certainly never would have occurred to me that this 1938 production — one of the first original American ballets — was directly related to the family staple coming again this December to a stage near you.

But then, at that point, a lot of things about ballet had not occurred to me.

You know the saying “Write what you know”? That’s essentially the opposite of what I do in my books. I didn’t decide to write about The Nutcracker because I already knew the story of this particular ballet, or even much about ballet at all.

The first thing that fascinated me about Utah-born Willam, Harold, and Lew Christensen was that I’d never heard of them or their influence on the history of dance in the United States. When I got my first hint of their story — in Willam’s 2001 obituary in The New York Times — what attracted me was the fact that I didn’t know it.

That’s been the case for all of my books. I was moved to write The Amazing Age of John Roy Lynch because of how little I knew about Reconstruction, rather than by how much. (By the end of my research, of course, I knew a lot — something else that goes for my other books). 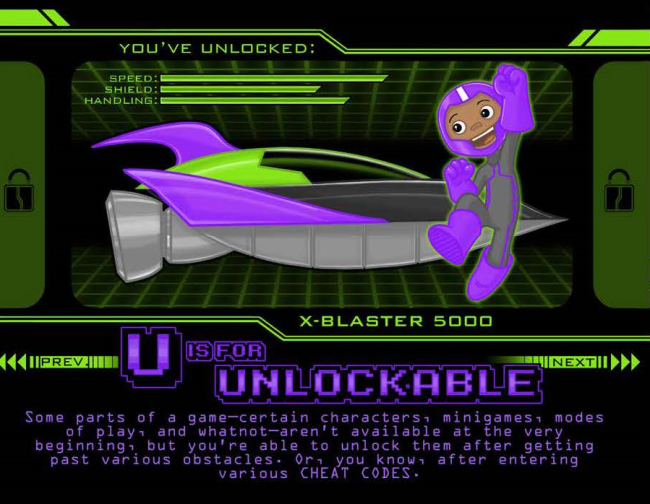 From Attack! Boss! Cheat Code! A Gamer’s Alphabet, written by Chris Barton, illustrated by Joey Spiotto, and published by POW!

The appeal of The Day-Glo Brothers was in coming to understand where those colors originated, rather than in sharing what I already knew.

What’s true for my informational books is true for my fiction titles as well. While I knew that Shark Vs. Train should begin with a faceoff between the title characters, I did not know how it would end. (But, boy, were Tom Lichtenheld and I happy to figure that out.) 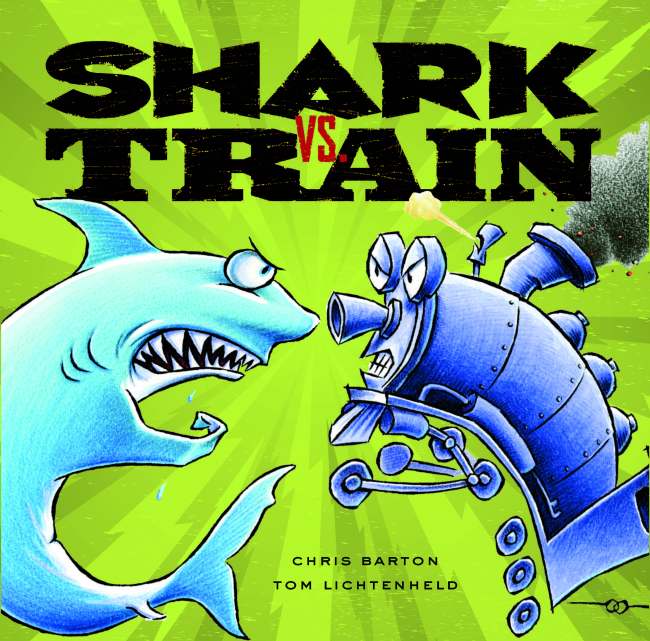 Shark Vs. Train, written by Chris Barton, illustrated by Tom Lichtenheld, and published by Little, Brown Books for Young Readers

And for my series starting with next year’s Mighty Truck, writing each new story has involved my own discovery of who and what might be encountered by an ordinary truck-turned-superhero.

Looking back, it’s become clear to me: I don’t write what I know already. I write what I’d love to learn.

I’m sure that there are plenty of authors — especially of nonfiction — who don’t operate that way. I imagine they’ve come by their expertise through years, even decades, of living or working immersed in whatever they’re writing about. They know their subjects from the inside out.

But the kids I write for, and the school audiences I speak to — they don’t have that personal history to draw from when it’s time for them to do their own writing. Instead of being equipped with answers accumulated over time, they may have only questions — and perhaps a due date.

I want these young readers and writers to know that starting off that way is not a disadvantage all all. In fact, it might just give them an edge.

For my current nonfiction project, I’ve got a tighter deadline than I’ve ever had for any of my other books. I’ve also had far less exposure to the subject I’m writing about I’ve had with books of mine that had years to percolate.

That means there’s no shortage of things I don’t know about this subject, no scarcity of things I’m curious about. And that curiosity is what propels me, what makes me adore the research process. Every answer I come across in my research raises another question or two or several.

Answers to those beget more questions, and before long (this is where I am right now, in fact) the outline of a story begins to take shape. When I begin to actually write, it’s thrilling to realize how much I’ve learned — too much to squeeze into the assignment at hand, usually.

As I write, I also discover more holes in what I know. My progress so far, however, gives me confidence that I’ll be able to fill those gaps, too.

Students can fill those gaps as well. What I do, they can do — or learn to do.

And I believe they can love it just as much.

To start, they just need to pay attention to what they themselves are curious about, regardless of what they already know. Who among us doesn’t have questions about the world around us — the parts nearest to us as well as the parts furthest afield? How did some aspect of our everyday (or every-holiday-season) lives come to be? Who made that happen? When was it? Why? And what’s likely to happen next?

Before The Nutcracker, before Filling Station, the Christensen brothers took their act to vaudeville. Illustration by Cathy Gendron.

When the subject is meaningful to us, and the questions are multiplying, and the discoveries are fresh, knowing what to write isn’t a problem. Being able to stop may be another matter entirely.

His 2015 publications include picture book biographies The Amazing Age of John Roy Lynch and ‘The Nutcracker’ Comes to America: How Three Ballet-Loving Brothers Created a Holiday Tradition. His previous titles also include Attack! Boss! Cheat Code! A Gamer’s Alphabet and the young adult nonfiction thriller Can I See Your I.D.? True Stories of False Identities.

Chris and his wife, novelist Jennifer Ziegler (Revenge of the Flower Girls, How Not to Be Popular), live in Austin, Texas, with their family.

Like Loading...
← Top Ten Books I Will Carry Over From 4th Grade to 6th by Adrienne Gillespie Ann M. Martin’s Great Ideas by Kirsten LeClerc →