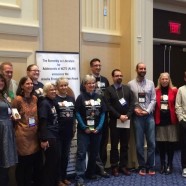 As a teacher I am constantly looking for recommendations of books I should read and share with my students. I look to my PLN on Twitter, Facebook, and through blogs; I attend conferences yearly; I browse Scholastic book orders; I listen to my students; and I look at awards lists to guide me. However, with so many awards out there, I never knew which awards would be the best to look at for my students. That was until 2010 when I attended the Assembly of Literature for Adolescents workshop and Fire by Kristin Cashore was honored as the Amelia Elizabeth Walden Book Award winner. During the speech, the chair of the award committee shared that the Walden Book Award was an award that took more into account than just the literary merit of a book.

The Walden Award was established in 2008 and named after Amelia Elizabeth Walden, a pioneer in YA who began publishing books for teens as early as 1946. She said she wrote for teens because “I respond to young people because I remember my own adolescence so vividly – and fondly. It was a period of total involvement, of enjoying life to the hilt,” so it makes complete sense that an award named after her honors books that not only have strong literary merit, but also a positive approach to life and widespread appeal. These criteria are what makes this award special. The books that meet this criteria are the books I want kids to read. The books that kids NEED to read.

In 2011, I applied to be part of the Walden committee, and I was lucky to serve with some brilliant teachers, professors, and librarians for the next two years at which time I became the chair of the committee. I ended my time on the committee this August as the past chair. Through my four years serving, I have been so proud of the novels that have been chosen because I know that each of the books not only is beautifully written, but will be loved by teens and will influence their reader in such a positive way. 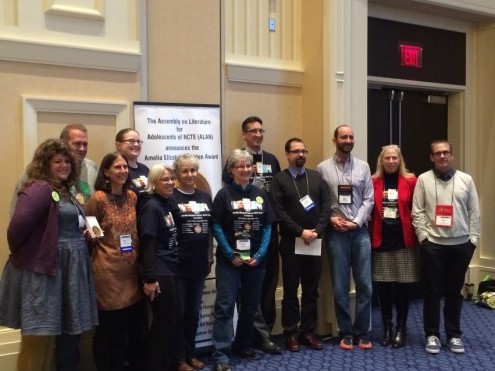 The selected title ‘MUST:[1]

A Positive Approach to Life [1]

Glory O’Brien’s History of the Future by A.S. King (Winner)

Gabby, A Girl in Pieces by Isabel Quintero

Jumped In by Patrick Flores-Scott

The Milk of Birds by Sylvia Whitman

The Fault in Our Stars by John Green (Winner)

Ask the Passengers by A. S. King

Between Shades of Gray by Ruta Sepetys

Under the Mesquite by Guadalupe Garcia McCall

The Last Summer of the Death Warriors by Francisco X. Stork (Winner)

After Ever After by Jordan Sonnenblick

I Will Save You by Matt de la Peña

Wolves, Boys, & Other Things That Might Kill Me by Kristen Chandler

Marcelo in the Real World by Francisco X. Stork

The Monstrumologist by Rick Yancey

The Sweetheart of Prosper County by Jill S. Alexander

My Most Excellent Year: A Novel of Love, Mary Poppins & Fenway Park by Steven Kluger (Winner)

After Tupac and D Foster by Jacqueline Woodson

The Graveyard Book by Neil Gaiman

Me, the Missing, and the Dead by Jenny Valentine

If you are at the National Council Teachers of English conference in November, you should definitely stay for the ALAN workshop on Monday and Tuesday and specifically stay for the Walden panel on Monday afternoon. You will not regret attending!!!

To learn more about my time on the committee please visit: http://www.unleashingreaders.com/?p=4361

To learn more about the Walden Award visit: http://www.alan-ya.org/awards/walden-award/

Kellee Moye is currently in her 10th year of teaching at Hunter’s Creek Middle School in Orlando, FL. She has taught language arts, intensive reading, ELL developmental language arts, journalism/yearbook, and advanced reading in her time there. She prides herself in her voracious classroom library, helping students find the perfect book, and continually growing as an educator. She blogs at http://www.unleashingreaders.com with another past Walden chair. You can also find her on Twitter @kelleemoye. She misses being on the Walden committee tremendously and cannot wait for the ALAN workshop in November.

Like Loading...
← The Miller Clan Chimes in on Comics by Don, Sarah, and Donalyn Miller Top Ten Fictional Places in Literature by Isabelle Sudron →