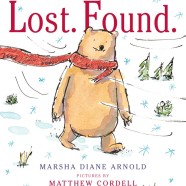 A UNIVERSE IN YOUR BACKYARD LOST. FOUND. by Marsha Diane Arnold

My son was a master treasure hunter, an expert at finding riches in the least expected places. As a child, he knew that a walk down a country lane led you closer to treasure than cleaning the house ever would. 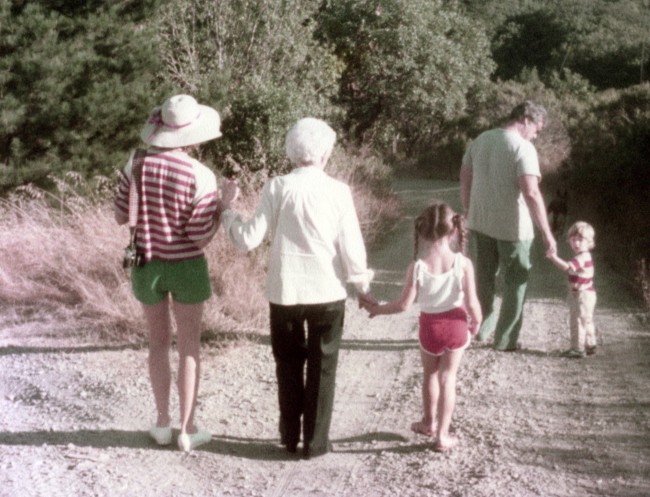 He knew that a junk pile was as good a trove for a five-year-old as King Tut’s tomb. 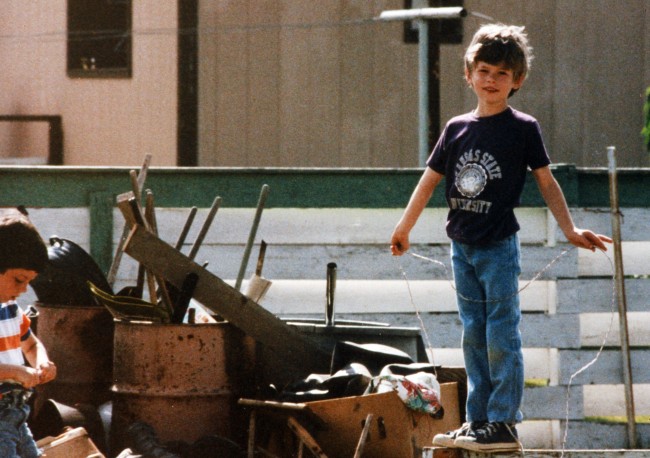 He knew he sometimes had to dig upwards for treasure instead of downwards, climbing the oak for a peek at a bird’s nest. He was constantly discovering universes in our backyard. And at some level, he understood that whatever treasures he discovered were largely what he made up his mind to find.

Finding treasure close at hand starts with a sense of wonder and with being inquisitive. My father often set up a telescope in our yard on Kansas summer nights. Neighbors would stop by to view the night sky with him.

The challenge today is that most of us can’t see the night sky due to light pollution. I wish everyone could experience what I did in the Sierra Nevada when I peeked from my tent and laughed with exhilaration at the thousands of stars dotting the sky from horizon to horizon. Has our wonder left us because of our distance from nature, our inability to see the stars above us,  or the miracles at our feet?

To me, nature and wonder go hand in hand, whether it’s the dance of the blue-footed booby on the exotic Galapagos or a plant struggling toward the sun in a sidewalk crack. Many of my books are set in nature, from my first book Heart of a Tiger to my newest Lost. Found.. Wild wonder may be the best wonder of all. 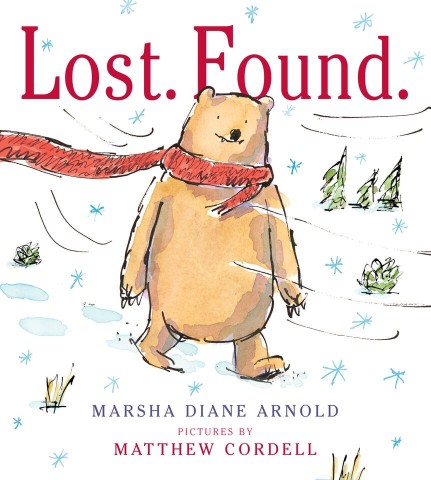 In Lost. Found., the forest creatures have a grand time with something they find in their backyard – a red scarf.  The animals are inquisitive about this unexpected treasure. They ask themselves a question filled with wonder, “What can I do with a red scarf?” So many things!

But when the scarf is lost or forgotten and then simultaneously rediscovered, pandemonium ensues. 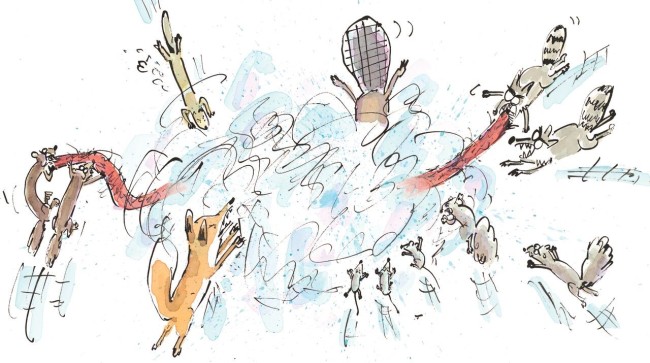 A friend recently told me that I’m a person filled “with peace and wonder.”  He obviously hasn’t seen me on one of my bad days. He may have gotten the “peace” part wrong, but I think he was pretty close with “wonder.”  But I don’t compare with Bear, who truly is filled with peace and wonder in Lost. Found. With his Zen-like attitude, he didn’t get angry when he found his beloved scarf unraveled. He calmly picked it up and walked home, to do what needed to be done. The other animals watched and learned from his model of friendly persuasion. 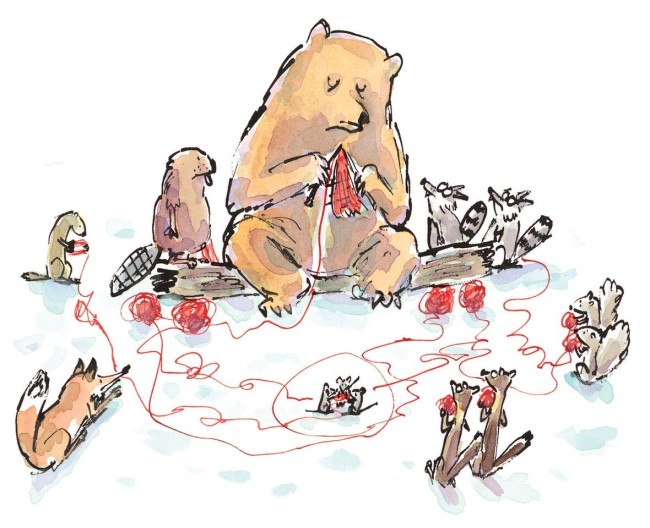 Ultimately, the animals find that, perhaps, the most important thing to do with a red scarf is to knit it back together again. Companionable contentment in a community of sharing is what we all long for. And that’s what we get when we appreciate the treasures that are the universe in our backyard.

Marsha Diane Arnold is an award-winning writer whose books have garnered awards from Best First Book by a New Author to Smithsonian Notable to Dolly Parton’s Imagination Library. Lost. Found. is her twelfth book.

Before writing picture books, Marsha wrote a weekly column entitled homegrown treasures.  When she won the California Newspaper Best Local Columnist award, one of the judges commented that she found “a universe in her backyard.” During the ten years she wrote her column, she and her readers uncovered quite a bit of treasure in their backyards, a whole universe full.

Like Loading...
← I Am a Reader by Jim Bailey What Ruby Gave Me by Nora Raleigh Baskin →