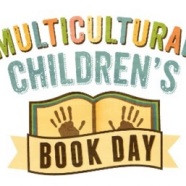 The Power of Diverse Books by Mia Wenjen

When I was in elementary school, I was always in search of a good book. I read all the recommendations from my school librarians and still needed more books. I ended up reading every biography in the four book-case section, starting from A. Most were from the same series and all were excellent.

When I finished the biographies, I decided to work my way through all the chapter books, a much more daunting task. I found Tolkien that way. And The Endless Steppe. And a book about a girl who played cello in a competitive school orchestra with a friend (or maybe she was more of a frenemy) who played flute that I remember so well but can’t recall the title.

But I never read a book in which I saw myself. It was the 70s after all. There weren’t any books about Asian Americans, let alone a girl who is half Japanese and half Chinese American.

It wasn’t just books either. I never saw Asian Americans in the media. Not on television. Not in magazines either. It made sense then, when my parents pushed me and my siblings towards medicine and engineering. These were professions in which your degree would matter more than the color of your skin.

It was a big deal to my family when Margaret Cho’s TV show debuted, All-American Girl. We watched it and then, just like that, it was canceled. For a second, we felt like we were validated; not second class citizens but part of the collective. But then the cancellation said that this was just a blip and that racism prevailed.

I was just out of college when I saw a display at the bookstore of The Joy Luck Club by Amy Tan. I remember my heart palpitating as I held that book. I was making very little money at the time but I bought a copy even though it was $25. It felt historic. Perhaps Asian Americans were finally allowed into the mainstream?

The success of The Joy Luck Club spawned what felt like a whole new genre of books: Asian American fiction. And it wasn’t long before children’s books added Asian American voices into the fold. My kids grew up with Grace Lin, Linda Sue Park, Lisa Yee, Lenore Look, Allen Say, Cynthia Kadohata, Yangsook Choi, Ed Young, Lawrence Yep, Jenny Han, Sook Nyul Choi and more. There’s a confidence that my kids have that they belong; they can be anything they want to be, including popular, that is very different from my generation. Can seeing themselves in books really change kids’ lives? I do believe that.

Now, with the anti-Muslim rhetoric heating up through Donald Trump, I am horrified that he can justify banning Muslim travel by likening it to Japanese internment camps during WWII. My mother and her family were forced to relocate during WWII and, by the way, how many Japanese Americans were found guilty of espionage? None who were interned. It’s ironic but there were Japanese Americans who spied for the Japanese in Hawaii prior to the Pearl Harbor bombing as I learned from visiting the monument. But no one from Hawaii was forced into internment camps.

I am convinced that diversity books for kids are needed more than ever. They are not a “nice to have” but truly a necessity. If we teach our kids at a young age about the world around us, thus letting them form their own opinions about different cultures, we arm them against racist ignorance.

I co-created Multicultural Children’s Book Day with Valarie Budayr of Jump Into a Book three years ago. We both were horrified by the state of diversity books for kids being published each year and wanted to do something about it. On January 27th, we will be celebrating multicultural, diverse and inclusive books for kids along with hundreds of bloggers who have been matched up with books from us.

We also started a program to give FREE diversity books to teachers. Our Classroom Reading Challenge gifts a hard cover, high quality book to K-8 grade teachers. We will match the book to the teacher’s grade. A representative book list is here.

Please help me get the word out about our Classroom Reading Challenge. We have 400 amazing books to give away to teachers for their classroom library. Thank you so much!

Mia Wenjen blogs on parenting, education and lots and lots of children’s books at PragmaticMom. She lives in Newton, MA with her husband, three kids and Golden Retriever. She can’t wait to celebrate Multicultural Children’s Book Day with you on January 27, 2016.

Like Loading...
← Getting on the Bus by Donalyn Miller Ten 2016 Books That I Think Are Pretty Great by Colby Sharp →