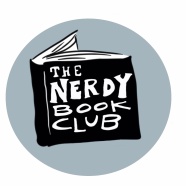 My great aunt Edith made a divine blackberry cobbler.  She and my uncle Harlan lived in a Kentucky holler, and those blackberries were plucked off the bushes on their land.  What could follow this introduction, if this was a cooking site and I had a different kind of girlhood, is a vignette about my elderly Appalachian kinswoman teaching me her kitchen craft.  But I had no interest in learning how to bake.  I anticipated the cobbler, but I mostly wanted to hear the men tell stories at the table, and as stereotypical as it sounds, after dinner on the porch.  Their tales were outlandish (all true, of course!) and about cantankerous farm animals, hunting dogs, and rascally boys.  I sopped up every word.

My best friends Amie and Merry were (and still are) very attractive people.  They would spend hours perfecting new hairstyles and outfits.  What could follow this seemingly unrelated change of topic, if this was a beauty site and I had a completely different adolescence, is a story about my friends inspiring a passion for glamour.  I care about my appearance, but I could never spend the time Amie and Merry did on make-up, hair spray, and fashion because I was reading.  Constantly.

So, I have grown up to be a librarian, not a domestic diva.  I obsessively pick books for young people rather than cosmetics or pie berries.  Until this year.  This year I get to pick one glitzy berry — the Newbery.

I have yearned for this experience most of my life (once I knew there were people, not some book god, who chose).  My awe for the award began early. In 4th grade, I read From the Mixed-Up Files of Mrs. Basil E. Frankweiler by E.L. Konigsburg.  Since I was a bookworm, I was often asked, “What’s your favorite book?”  Mixed-Up Files was my answer for years.  I loved it so much, but I adored it even more when I learned it won the Newbery the year I was born.  The Newbery medal added to its greatness. It felt like MY special book.

In college, we read Newberys in children’s and YA literature classes.  Freedman’s Lincoln forever changed my approach to children’s nonfiction.  Ellen Raskin had me puzzled to the end in The Westing Game.  A Fine White Dust by Cynthia Rylant haunted me.

Newbery appreciation and prediction continued throughout my career.  I read as many lauded titles as I could to attempt to know and share the titles honored.

When the ALA Midwinter conferences occurred on the Dr. King holiday weekends (before the internet), I would lurk by the info desk at Borders on the Monday morning of the press conference. Every 15 minutes, I would ask, “Did you get the fax from ALA yet?”  I was determined to get the book for our school library immediately.  Post-internet, I would refresh the ALA site constantly until the titles appeared.  Once Youth Media Awards began live-streaming, I watched every minute.  In 2009, I had the main desk computer running the announcements in the middle school library.  I turned the monitor around so both the students and I could see it.   Students passed in and out of the library as the awards were announced, but a few stuck around as the excitement built toward the Caldecott and Newbery finales.  When the presenter said, “The Graveyard Book,” I screamed.  Really loud.  Then wept.  Joy.  Total Gaiman fangirl joy.  The kids witnessed just how much I love these books and the power of the awards to get them celebrated and widely read.

I’ve been walking this path for so long. Rather than strutting about being on the Newbery committee, I am aiming to share the wonder of the experience with every educator and young person I know.  There will be all these great books to read and talk about and offer, not just the ONE the committee will eventually choose in January 2017.  Children’s literature will be my LIFE in 2016 (even more so than usual — some of you who know me are laughing).

I still get to do my job, but it’ll be booktalking and collection development on steroids.

The Newbery adventure is something I can constantly share with colleagues and kids.  There are lots of rules in the Newbery manual about the committee discussions and nominations being confidential, but what surprised (and THRILLED) me are the directions of encouragement to involve others in the process.  I’ve already primed one 5th grade class.  The students understand my confidentiality boundaries, and they know they can read and share their opinions — opinions which could have an impact on naming a Newbery Award winning book!

And so, without (much) swagger, I enter my Newbery year eager to read and share.  It’s on a bigger scale than usual, but with the same end.  I want to get a book into the hands and mind of a reader who might call it their favorite.  Ultimately, it doesn’t matter if it’s the one that ends up with the gold embossed label on its cover.  It could be some title dismissed as cute, but I by-god read it and know the kid who’ll love it.  We’re all winners, either way.

Elaine Fultz has been a professional librarian since 1990, but is a lifelong bookworm and Newbery enthusiast.  She still craves blackberry cobbler and the company of Amie and Merry.  But mostly, she reads.

Like Loading...
← Simon Thorn and the Benefits of Trying Something New by Aimée Carter Top Ten Books That Hook Reluctant Teen Readers into Reading Again by Melissa Sethna →