Home » Pay It Forward » Get Lost by Lauren Jensen 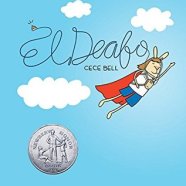 Get Lost by Lauren Jensen

“Mrs. Jensen,” asked *Lily, “How do you get lost in a book?” I hesitated for a moment before asking her to tell me more. “Well like *Liam. He always just likes to read and doesn’t stop. I went home and asked my mom and she told me to just ask him.”

“And what did he say?” I said, curious as to her reply.

“Well she said to just ask him. So I did. He told me he doesn’t know. He said sometimes he is so interested in the book he can’t even hear you.” I was not sure if I should be offended or flattered by Lily’s last comment, so I am going with flattered.

As I have dutifully noted in my observation notebook during independent reading, Lily is not the only student who struggles to achieve that “lost in a book” feeling. For many kids that feeling comes naturally, as they have been exposed to numerous quality books that spark imagination, joy, and wonder. Though for many others, like Lily, engaging effortlessly and consistently with books is a struggle, despite attempts from teachers and parents to put good books in kids’ hands.

I recently attended the fall reading conference hosted by the Washington Organization for Reading Development (WORD). Keynote speaker Donalyn Miller reaffirmed the need to match readers with books that support lifelong reading habits. Her words resonated with me and reawakened inspiration struck. I thought about my own moments lost and entrenched with a book. It’s with historical fiction that strikes a chord, education books that inspire me, and magazines that motivate me to organize, cook, and create. I knew I had to create that feeling for Lily.

I was in luck when later in the conference librarian and author Dan Gemeinhart shared his latest and greatest book recommendations for younger learners. Lily had mentioned the last time she had that “lost” feeling was in a graphic novel, a new genre for her. After hearing Gemeinhart’s graphic novel list I went ahead and ordered several, keeping Lily’s adventurous, animal-loving spirit in my mind. 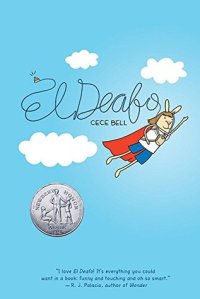 The next week in my classroom I had my new graphic novel book bin to the library and slowly began growing my collection. El Deafo (Cece Bell), Smile (Raina Telgemeier), Phoebe and Her Unicorn (Dana Simpson), Zita the Spacegirl (Hatke, Ben), and Our Hero, Babymouse #2 (Jennifer Holm) go in my new bin. I present them to the class in a careful and enthusiastic way. They fly off the shelves and Lily is in heaven. Awhile later I circle around to her and ask if she has that “lost feeling” yet. She looks up to me and says, “Yes! Graphic novels are my favorite!”

Of course, you can’t solely live off of graphic novels forever (unfortunately). So I will spend the rest of this evening digging out my old American Girl books from the bowels of my basement (Lily has lent me her Americal Girl video collection because she knows I’m a fan). Seeing the look on a student’s face when they have that perfect fit book in their hands gives me the greatest feeling and makes the book search worth it.

Here’s to getting lost!

*Names have been changed

Lauren Jensen, M.Ed. is a second grade teacher near Seattle, Washington. Her librarian mother gave her the gift of reading she lives to pass on to her students. When she is not getting lost in a book she can be found getting lost in her garden, worm-hunting with her nephews, or spicing things up in the kitchen.