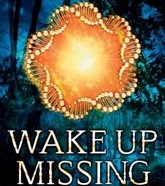 In today’s teach-to-the-test climate, some administrators discourage or even prohibit classroom read-alouds, especially for secondary students. I don’t have to trumpet the benefits of reading aloud to followers of “The Nerdy Book Club,” but what can you do if you’re told there’s no time because there’s too much “important” material to cover, or because the Common Core has shifted the focus to nonfiction? Don’t back down; instead, make like a Boy Scout and be prepared. You can start by explaining that kids who sit enthralled while a teacher reads to them from a well-written novel will be better equipped to decode their science textbooks. There’s plenty of data, such as the study referred to in this article from ASCD Express, to point to as evidence that classroom read-alouds increase students’ academic vocabularies.

Even in middle schools where read-alouds are, er, allowed, time is often at a premium. Thus, teachers are usually looking for something not too long, and it’s a plus if there’s a curricular tie-in. Some teachers have also discovered they can sneak in an extra read-aloud during a poetry unit by sharing a novel-in-verse. Administrators may also feel more inclined to be generous if the proposed read-aloud is nonfiction; fortunately, there’s a plethora of fabulous narrative nonfiction titles to choose from.

Below are ten read-alouds perfectly suited to middle schoolers. I have Included a couple novels-in-verse and one nonfiction book; where applicable, I have suggested possible curricular tie-ins. Of course, the best read-aloud is one you already love that suits your comfort level. If a book makes you cry, be prepared for waterworks in front of your students. If it includes controversial topics, be ready to discuss them. Novels written in verse or in dialect call for some extra preparation. Your students won’t care if your performance isn’t Oscar-worthy, but you don’t want to feel like you’re stumbling along either. Action-packed stories are always winners, but character-focused books are fine, too, as long as there’s enough suspense to keep readers wondering what happens next. Finally, ignore the old saw that boys won’t be interested in books featuring a female protagonist. It’s long past time to put that fairy tale to bed!

A novel-in-verse that portrays one of the world’s most impressive engineering feats from the points of view of a diverse cast of characters. Even the rainforest flora and fauna (most notably the howler monkeys) are given a voice. A fantastic read-aloud that tells many sides of an important historical event. Curricular tie-ins:  Social Studies (Panama Canal, Central America, Theodore Rooselvelt); Science (rain forest, engineering)

Ellie loves science. So does her grandfather, who finds himself in the body of a teenage boy after he finds the secret to eternal life. There’s plenty of humor, but there’s also a lot for kids to ponder regarding the Big Questions:  why are we here, and how long, really, to do we want to stay? Curricular tie-in: Science (genetics)

Bella works at the White House as an assistant to Mrs. Lincoln’s dressmaker but dreams of being an actress. Actor John Wilkes Booth has his own dream: to end what he sees as Lincoln’s tyranny. Bella is enchanted by Booth, and, against her better judgment, allows herself to become enmeshed in his dark schemes. Gripping and well-researched. Curricular tie-in:  Social Studies (Civil War, Lincoln’s assassination)

My library aide read this book, loved it, recommended the heck out of it, and it’s become a favorite in our school. It’s a spooky mystery with a super cool twist:  one of the main characters creates videos, and there are links to them in the book. Be sure to show the videos!  It’s a much-less-creepy (but still creepy enough) Blair Witch Project for kids. Students will get hooked and want to read (and view!) the whole series. Curricular tie-in: Technology (creating videos) 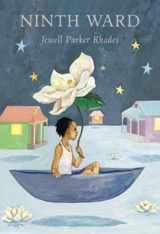 A young African-American girl who can communicate with ghosts ends up caught in the middle of Hurricane Katrina. Suspenseful and heart-wrenching. Curricular tie-in: Science (weather), Social Studies (African-American history)

Recipe for perfect middle school read aloud: Begin with a hot-topic starter (concussions), stir in a cast of believable teens, season with hair-raising suspense, add fast-paced action, mix in a
smidge of gore, and top off with sci-fi surprises. The kids will beg for seconds; there isn’t a sequel, so they’ll ask for “a book just like this one.” Have suggestions ready. Curricular tie-ins:  Health (concussions), Science (genetics)

This 2015 Newbery winner is a novel-in-verse that relies heavily on rhythm. Many of the poems have a hip-hop vibe, while the story, featuring twin basketball-playing brothers whose father has heart problems, packs an emotional wallop. A great read-aloud for a teacher willing to read to a beat.

By all rights this book should be heartbreaking, and in one sense, it is. How can a book about the Choctaw Trail of Tears where the main character dies partway through (not a spoiler; see title) be anything but? And yet, there is so much humor in the story, and so much hope, that this slim volume feels like a triumph. Written by a Choctaw Indian whose great-great grandfather walked the Trail of Tears. Curricular tie-in: Social Studies (Native Americans, Trail of Tears)

Zach’s dad thinks he should stop playing with girls. But when a mystery surrounds the strange porcelain doll his friends call “The Queen,” Zach joins them on a quest to find her empty grave. Make no mistake: this book is creepy, but it’s also fun. What’s more, it addresses both the bitter and the sweet sides of growing up. Pitch-perfect for middle school.

Maggie Bokelman is a librarian at Eagle View Middle School in Mechanicsburg, Pennsylvania.  She enjoys reading, talking about books, and writing about books, and is lucky enough to work at a school filled with book-loving kids and staff members. She’s also a rabid poetry enthusiast. Maggie recently completed her master’s degree in Children’s Literature from Hollins University. When she’s not curled up with a book or at her keyboard, Maggie enjoys pilates and visiting far-flung family and friends. Find Maggie on Twitter at @mbokelman, or visit her brand-new blog at https://librarianwithaview.wordpress.com.

Like Loading...
← Get Lost by Lauren Jensen Call Me Bookworm Or How Alice Munro Saved My Life by Megan McDonald →