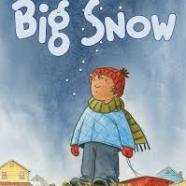 Snow evokes a feeling of wonder distinct from other weather. While rain offers the slim hope of a rainbow, snow holds the potential for a day off from school and hours of romping and sledding. No matter how much I love teaching, a 5:50 a.m. alert that school has been cancelled is on par with chocolate milkshakes and puppies—I can’t get enough of them, and they make me feel like a kid again.  If snow does one thing, it reminds us that we are not in charge. We can plan all we want, but the weather will have the final say.  This is liberating in an odd way, perhaps since it contradicts the schedule-laden life of an educator.

A Snowy Day, Owl Moon, Katy and the Big Snow, and Snowflake Bentley have reigned supreme in our family library for their ability to capture the beauty, wonder, and magic of snow.  Luckily, authors and illustrators have been steady in delivering piles of books about snow to add to old favorites. When the forecast calls for flurries, curl up with the following outstanding celebrations of snow and snow days. 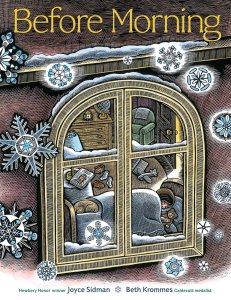 Before Morning written by Joyce Sidman and illustrated by Beth Krommes

Before Morning, an illustrated poem, presents snow’s wondrous power through the story of a mother and daughter on the eve of a snowstorm.  For such weather to occur, the perfect ratio of moisture and temperature must exist. Likewise, Sidman and Krommes strike the ideal balance of language and image.  Not a single word is out of place. The inverse relationship between sixty-seven perfect words and countless scratchboard lines creates a welcoming world readers will frequently revisit. Sidman’s invocation requests that “the earth turn to sugar” while Krommes’ illustration depicts the first layer of snow evocative of a dusting of confectioner’s sugar. Each subsequent reading of Before Morning reveals a new delight.  Read it and be transported to the memory of a snow day or to the hope of one in the future. 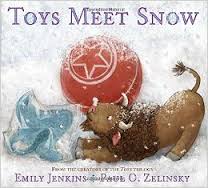 If ever a childhood wish could surpass the dream of snow day, surely it would be that toys could come to life.  Emily Jenkins and Paul Zelinsky teamed up again to showcase the snowy adventures of Lumphy, StingRay, and Plastic, toys that venture into snow while their owner is away.  More than simply a buffalo, stingray, and rubber ball, these characters are really a curious soul, a realist, and an idealist exploring facets of snow.  Want to see snow through all three lenses? Spend some time with these toys. 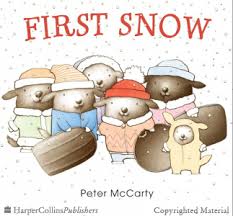 All the children in a family of dogs welcome the arrival of cousin Pedro and ease him into his reluctant relationship with snow.  Sancho, Bella, Lola, Ava, and Maria gently initiate Pedro into their wintry playground.  Uncluttered, delightful illustrations merge with child-friendly text to make First Snow a great first read for a young reader. 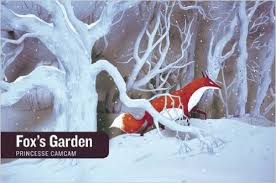 This wordless tale is ripe for discussion and creative writing opportunities.  The snow threatens a fox in need of shelter.  Which residents of a remote village will aid the animal? Readers can eagerly discuss what choice they would make if this snowy scene unfolded near them. 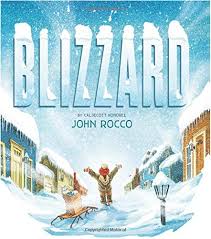 Rhode Island was paralyzed by the Blizzard of ’78.  Rocco recounts the highs, lows, perils, and possibilities he experienced when he was ten.  The richly colored illustrations joyfully capture the texture and light, both indoors and outdoors, during a blizzard.  Take time to find the days of the week hidden in the scenes.  As you read, I dare you not to feel the weight of soggy wool mittens or long for the aroma and warmth of hot cocoa. 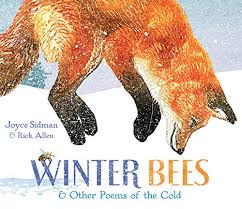 Winter Bees & Other Poems of the Cold written by Joyce Sidman and illustrated by Rick Allen (Houghton Mifflin Harcourt, 2014)

Twelve poems celebrate the winter lives and survival skills of organisms from the moose to skunk cabbage.  Non-fiction notes supplement a reader’s understanding of the subject explored in the poem.  Follow the fox through Sidman’s artful diction and Allen’s distinct linocuts to discover how our plant and animal friends survive. 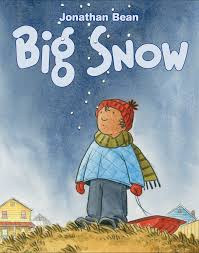 David attempts to help his mom with chores all day, yet the promise of a snowstorm makes everything difficult to accomplish. While baking, “the flour, white and fine” makes David think of snow, so he throws his pretend snow. As Mom tidies up after this and other indoor misadventures, David seeks the arrival of the real stuff. Blissfully, it appears, and by day’s end, David and his parents relish the quiet beauty of a big snow. 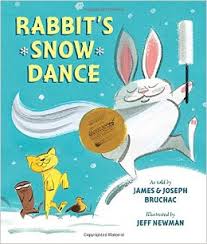 Want snow now? Track Rabbit’s rash decisions to make it snow in the summer. James and Joseph Bruchac relate the traditional Iroquois story with suspense and humor. The repetition of the snow song and drum beat make a choral reading even more joyful. Newman’s dynamic and colorful illustrations keep the rhythm for this playful tale.

Over and Under the Snow written by Kate Messner and illustrated by Christopher Silas Neal (Chronicle Books, 2011)

A day of cross-country skiing allows a young girl to discover “a whole secret kingdom, where the smallest forest animals stay safe and warm.”  Messner’s imagery invites readers along for the day, and Neal’s illustrations are bold and memorable. 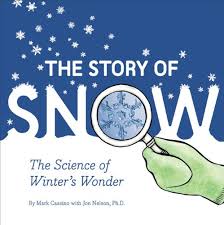 The Story of Snow: The Science of Winter’s Wonder by Mark Cassino with Jon Nelson, Ph.D., illustrated by Nora Aoyagi

Whether you are in the classroom or not, this book is the perfect supplement to the titles above. Illustrations and photographs of actual snow crystals make the story of snow’s formation more memorable and visually engaging.  Be prepared to pull on winter boots and head outside with young readers to follow the instructions, “How to Catch Your Own Snow Crystals.”

Laura Mullen is a seventh-grade English teacher at Dover Sherborn Middle School in Dover, Massachusetts.  The most important thing she does each week is visiting her hometown library, Medway Public Library, with her daughter and son.  Laura, her husband, and her children are eager for this year’s first snow day.  Connect with her on Twitter (@lauragmullen) for more on education, literacy, and spreading joy through reading.

Like Loading...
← In Which We Ask the Right Question by Christy Peterson Bookstores, Berkeley, and My Where by Dev Petty →