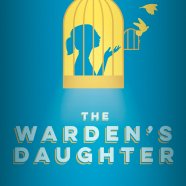 Heroes and Yes by Jerry Spinelli

I was speaking to a busload of students from the stage of the band shell at Elmwood Park in Norristown, PA. This was, maybe, fifteen years ago. The students, knowing that Norristown is the model for Two Mills in my novel Maniac Magee, were visiting points of interest from that story.

After my remarks, a woman came up and introduced herself to me as Ellen Adams. “I’m from Norristown, too,” she said. “I grew up in prison here.” She proceeded to explain. Her father, she said, was warden of the Montgomery County Prison on Airy Street, about a mile from where we stood. The warden’s living quarters were right there, on the premises, so for several years that’s where she lived with her mother and father. Her mother was prison matron. Among other things, she sewed the denim dresses that were the female inmates’ uniforms.

We had a nice chat, Ellen Adams and I, and we’ve been friends ever since. What amazes me is that it took me so long to recognize what Ellen had dumped into my lap that day: Girl grows up in prison. Can you say . . . story?

From the start I made it clear to Ellen that this would not be her autobiography, though, inevitably, there would be points of coincidence here and there. The death of her mother, for example, which happens in the book when the warden’s daughter, Cammie, is a baby—not, as in real life, soon after Ellen graduated from high school.

If Ellen had had her way, the story would include Tippy, her beloved dog, who could fit between the bars in the cell block. But either the story had no room for Tippy, or the author was not clever enough to work him in. Sorry, Ellen.

But there was room for other things. I recalled two of them on my morning walk the other day. I memorized them shorthand-style till I could jot them down on paper: heroes and yes.

We are awash in anonymous heroes, people who quietly sacrifice something of themselves for others. The pensioner aunt who deposits each month’s social security check into an account for her nephew’s education. The dad who misses the third quarter of the Super Bowl to play hide-and-go-seek with his little girl. The kid who loses a race to his friend on purpose. No medals are given for such unwitnessed acts, no headlines published, no backs patted. No matter—they are the beating heart of humanity. I seldom start with such a character. Rather, I find my story and introduce it to a quiet hero. In the case of The Warden’s Daughter, the match was perfect.

When I studied with the Writing Seminars at Johns Hopkins, our director, Elliott Coleman, liked to say there are two kinds of literature: Yes and No. I decided there and then that whatever my writing destiny—published, unpublished, read, or unread—my stories would fall on the Yes side of the line. Early in a given story it might not seem so (see Maniac Magee), or even most of the way through (Milkweed), but by the last page the elements of the story will, in one way or another, converge to a simple word: Yes!

Jerry Spinelli is the author of more than a dozen books for young readers, including Maniac Magee, winner of the Newbery Medal, and Stargirl a New York Times bestseller and an ALA Top Ten Best Book for Young Adults. Spinelli lives with his wife and fellow writer, Eileen, in West Chester, Pennsylvania. While they write in separate rooms of the house, the couple edits and celebrates one another’s work. Their six children have given Jerry Spinelli a plethora of clever material for his writing.

Like Loading...
← True Confessions of the Reading Life of a Toddler by Ezra Wyzlic Esquivel! Space-Age Sound Artist by Susan Wood and Duncan Tonatiuh – Review by Elizabeth Brown →