Not Entirely Human: A Top Ten List of Gay YA by Rob Bittner

I have a special place in my heart, amidst the growing number of LGBT novels published each year, for well-written science fiction and fantasy featuring gay characters or relationships (because there are so few!). Sometimes I feel as if these books get short shrift. This list features YA novels containing gay characters who either aren’t quite human, or are technologically enhanced. Enjoy!

Thom’s parents are former superheroes, but his mom left a while back, leaving him and his father to face life on their own. Spurned by the League, Thom’s father has become reclusive and bitter, but matters become more complicated when Thom himself is asked to join their ranks. There, Thom connects with a rag-tag group of aspiring heroes working to uncover a menacing League conspiracy. Meanwhile Thom is also trying to understand himself and find a way to tell his father that he’s gay. 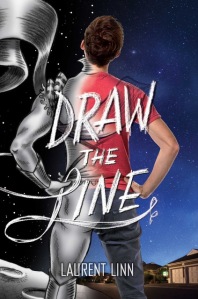 Adrian Piper is an artist and a sci-fi geek, and he’s also gay, though he’s not exactly open about that. In real life, there are hate crimes and all manner of grittiness and danger, but in Adrian’s imagination—through his art—there is a hero, Graphite, who is able to confront hatred and bullying. Adrian must then decide if he wants to continue flying under the radar or if he wants to be more like Graphite and confront the hatred in the world around him. 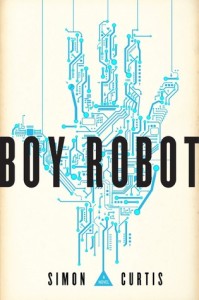 “There once was a boy who was made, not created.” In the course of one night, Isaak’s parents are killed, he is saved from a team of soldiers by a mysterious girl, and he finds out he is a government-made synthetic human, made to be a weapon. Now he’s been marked for extermination. On the run, he finds his way to the Underground where a secret group of synthetic humans try to help Isaak decide if he wants to hold onto his humanity or embrace his weaponized nature and take down those who created him.

London’s novels focus on Knox—a wealthy and rather obnoxious teenager—and his proxy, Syd, who is poor and who is punished whenever Knox does anything bad. Knox gets into an accident and kills a friend, thus sentencing Syd to death. When they inadvertently meet each other, they realize the system needs to be taken down. Syd is gay, and very much human, so you may be wondering why I am including these books in the list. There is a secondary character named Liam who ends up becoming Syd’s bodyguard in the aptly named sequel Guardian, and is outfitted with a bionic hand. Syd’s relationship with Liam is incredibly complicated, but there is a great sexual tension that runs throughout the novel which will appeal to many readers, both young and old. There’s a lot to love here!

Lee is the son of the US President, and he is gay, something his father would not be happy to discover. When a new student, Nico, shows up at school, Lee develops a crush. Under round-the-clock surveillance, Lee and Nico attempt to develop their budding romance, until terrorist attacks start happening at the school, and Lee begins to wonder if Nico is involved. I don’t want to spoil anything, but needless to say, there are robots and synthetic humans, and all sorts of queer happenings that make this book a must-read for sci-fi and gay romance novels! 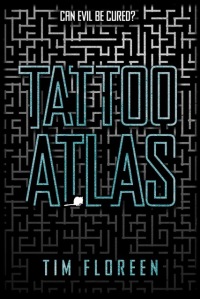 In Tattoo Atlas Rem Braithwaite is dealing with horrific nightmares after seeing his classmate, Franklin Kettle, slaughter friends and peers a year before the start of the narrative. When Rem’s mother, a scientist, selects Franklin as an experimental subject for a new brain chip that is supposed to cure “evil,” Rem’s life starts to break apart. When the two boys see each other in person, feelings spring up that Rem would never have thought possible. In the midst of a massive conspiracy, Rem and Franklin begin a seemingly doomed romance, but who knows if it will last.

Rudy’s family moves to a remote island in a last-ditch attempt to cure his younger brother of cystic fibrosis. At night, Rudy hears strange sounds, but it’s not until a few days later that he comes across a fish-boy who he discovers is the source of the sounds, being abused and sexually assaulted by local fishermen. While trying to help the fish-boy, Rudy finds himself wondering about his connection to the boy: does he love the fish-boy, or is he just trying to be helpful? The fish-boy is indeed partial to other boys, but Rudy’s identity is much less fixed. This is a gritty, messy, tragic story that I feel is much too important to be ignored.

Hazel and Ben live in the town for Fairfold, where fairy-folk and humans live side-by-side. In the woods, there is a glass coffin containing a boy with horns, magically asleep. The youth of the town often hold parties there, and talk about the possibilities of why he’s there to begin with. Ben and Hazel dream of waking him; they are both in love with him. When the horned boy disappears one day, the coffin shattered, Ben and Hazel find themselves in the middle of a generations long dispute between the fairy-folk and the humans. Ben and Hazel also end up in a bizarre love triangle with the horned boy. I mean, who can resist a human/fairy love story?!

I’m sure many are familiar with this work, but I think it bears inclusion here anyway, because it’s just too darn cute! Simon is a wizard and his roommate, Baz, might be an evil vampire (or maybe just evil). When a magic-eating monster starts wreaking havoc, wearing Simon’s face, Simon tries to discover whether or not Baz is involved, but unintentionally discovers feelings for Baz that he can’t quite understand. Rowell’s novel is fan-fiction, a romance, a mystery, a soap opera. It’s basically just awesome!

Rob Bittner is super close to finishing his doctorate in Gender, Sexuality and Women’s Studies at Simon Fraser University in beautiful Vancouver, BC. He reads a lot (some say too much), and loves researching LGBT literature for children and teens. You can usually find him drinking a ton of coffee and trying to finally catch up on the to-read pile. If you’re interested, you can look up some of his reviews on his blog: http://unquestionably-palatable.blogspot.ca.