Home » Author Posts » The Chosen Ones by Laura Ruby 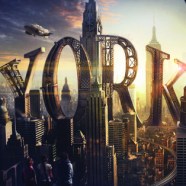 The Chosen Ones by Laura Ruby

A few weeks before the publication of my latest book and just in time for my birthday, I got a bouquet of my favorite lilies, a spa gift certificate, various cat- and fox-themed T-shirts, an industrial-sized bag of Pirate’s Booty, and breast cancer.

Well. This is already going off the rails.

I’ve been planning to write this essay for quite a while, in anticipation of the release of YORK: The Shadow Cipher. I had all sorts of ideas about what I wanted to discuss.  How I came up with my vision of an alternate New York City. The research of historical figures. Puzzles. Giant cats. Robots. But when you get a cancer diagnosis—even when your prognosis is good, as mine is—it’s pretty much all you can think about.  It overshadows birthdays and book releases and every other thing until there’s not much you can do but sit in front of the TV stress-eating that ginormous bag of Pirate’s Booty until you can pull the empty bag over your head and hope it all goes away.

It didn’t go away. And suddenly there were and are a lot of things I won’t be able to do for a while. Like signings and school visits and conferences and bookstore appearances, and writing essays not about cancer.  I felt—I feel—bad about this.  It’s my job to promote this book and I can’t, not the way I want to, not the way I’d choose to. But maybe this essay is about my book after all, because when I first started writing the novel back in 2013, I was pondering all the things people choose, and all the things that choose us.

You see, I’ve always been a sucker for Chosen One narratives. Star Wars. Buffy the Vampire Slayer. Harry Potter. The Matrix. Stories about a sad or lonely misfit who suddenly discovers he—and it’s usually a he, usually white—has special abilities or magical gifts that he must learn how to use so that he can vanquish evil.  When I was young, I really wanted to vanquish evil. I was desperate to be bitten by a radioactive spider, given an impossible task by a wizard, be the subject of an ancient prophecy, move objects with my mind, talk to ghosts, enter other people’s dreams, discover my true parents were actually witches/spies/aliens/fairies/mutants forced to abandon me to a suburban couple in New Jersey just to keep me safe.

For me, a pathologically nerdy kid, Chosen One narratives were more than wish fulfillment.  They helped me to focus on my own strengths, they told me that a single person, a person who all-too-often felt weird and awkward and powerless, could make a difference in the world if she put her mind to it, her heart in it, if she would just try for once.

I still believe one person can make a difference in the world, but I’m not sure that the image of the Lone Hero Standing Against Evil is the only vision of heroism we should ascribe to. (This, of course, is not a revolutionary idea. Non-Western writers have different cultural traditions and different notions of what makes a hero.) The Shadow Cipher was meant to be a story about a set of twins who set out to solve an elaborate puzzle in an alternate New York City in order to save their building from a greedy developer.  I’d originally planned to write from one point of view, possibly two, as the twins dashed around a city populated by robots, hybrid animals, and a whole lot of secrets. But, during the writing, the story took an interesting turn. The cast grew and grew, with some characters operating at cross-purposes, but most working together to vanquish evil both grand and banal. Because when you’re trying to save the world, you’re probably going to need some help.

The pathologically nerdy kid that lives inside of me thinks that now is the ideal time for that radioactive spider bite, but while I’m trying to find a way to power myself through, another kind of magic is happening, another kind of narrative unfolds. Family and friends and colleagues have rallied around me, quietly taking things off my plate when I can’t manage to keep them in my schedule or in my head. People have filled my house with ginger tea and groceries, good thoughts and kitty pics. People ask, and keep asking, what I need—rides, company, wigs. They’ve got me thinking about community and how important it is. And how strange, how very baffling, that our culture places so little value on it.  That we insist a person has only herself to rely on. That asking for help is weak. That one “chooses” good health—or wealth or any other kind of privilege—and if you don’t have those things, you obviously made the wrong choices and don’t deserve health insurance, you whiny whiner.

I’m lucky enough to have a good support system, but my cancer diagnosis means that I need help—how much help and for how long remains to be seen. But then, I’ve always needed help, I’ve always needed community, who doesn’t? No terrible situation I’ve ever struggled through, nothing good I’ve ever done, was accomplished without the care of family and friends, teachers and mentors, passionate readers and compassionate strangers. This idea that we’re all Lone Rangers all the time, that we should be, is nonsense. So what does it mean when that’s the predominant form of story available for children in our culture, for all of us? Nerdy kids can still make a difference if they put their minds to it and hearts in it, if they just try for once, but isn’t slaying dragons so much easier when you’re doing it with friends?

Children’s authors are often urged not to be too political, to write and talk about our books as if we exist in little bubbles of bliss and rainbows. But our worldviews are part and parcel of the stories we write. Though I didn’t expect The Shadow Cipher—my funny mystery-adventure about kids trying to save their home from wealthy men who give speeches about responsibility as they lie and steal to cement their own power—would feel so personally and politically relevant, here we are.  I say “we,” because no matter what myths we choose to tell ourselves, we’re in this together. And we can only save ourselves when we find the courage and the humanity to save one another.

Laura Ruby is the author of books for adults, teens, and children, including Bone Gap, a National Book Award finalist and Michael L. Printz Award winner, among dozens of other accolades. Her other books include the Edgar-nominated mystery Lily’s Ghosts, the Book Sense Pick Good Girls, and the acclaimed novels Play Me and Bad Apple. She is on the faculty of Hamline University’s MFA in writing for children and young adults program and lives in the Chicago area. You can visit her online atwww.lauraruby.com.

Like Loading...
← Sharing the Wealth by Sarah Haywood Books Really Do Open Doors to the World by Lisa Schroeder →