Home » Author Posts » WRITING FROM THE HEART by David Elliott 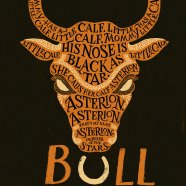 WRITING FROM THE HEART by David Elliott

A few years ago, I was invited by a librarian to travel to Ohio to speak to all the third graders in her district. The invitation was especially thrilling because I grew up in Ohio, and while I now consider myself a New Englander, in many ways you just can’t take the Midwest out of the boy. And it wasn’t just any town, either. It was Defiance! Yes, that’s right. Defiance, Ohio! I would see the kids at The Defiance College, an institution school my friends said should have been my alma mater.

That visit has stayed me, not because of the town’s name, but because of a surprising encounter with one of the kids. He arrived in the last group of the day. He sat to the left in the small auditorium, hunched in his seat about three rows back. He looked maybe just a little underfed. He was, perhaps, not quite as clean as his classmates. But during the Q&A, his was the first arm in the air. He shook his hand in the way one might if it were on fire.

I expected one of the questions that all authors are familiar with. “Where do you get your ideas?” or “What’s the favorite book that you’ve written?”

“Do you ever write from the heart?”  he asked me.

Did I ever write from the heart? Is that what he’d said? Surely, that malnourished, not-very-clean child had not asked me such a thing.

But he knew exactly what he’d asked.

Sensing my confusion, he repeated his question, adding, “You know. Not from your mind, but from your heart.” His voice was strong for such a skinny kid. To emphasize his point, he clasped his frail hands over that very vital organ.

Usually, I am quick on my feet, especially with kids, and especially with third graders. But the boy so surprised me — and not just with his question, but also the urgency with which he asked it. I faltered.

When the session ended, as the hundred or so kids began filing out of the auditorium, I went looking for him. Instead, I found his teacher.

“Oh, him,” she said, rolling her eyes when I asked about him. “Forget about him. He’s always asking questions like that.” She turned and walked away, the irony totally escaping her when she yelled at her class to keep their voices down.

Writing from the heart. It’s easy to sentimentalize such a phrase. But if we want to honor that child – and all children like him– isn’t it incumbent upon us to avoid the facile response and take the time to think deeply about it. What does it mean, to write from the heart?  Certainly, writing from the human heart, with its dangerous prejudices, its insatiable hunger for approbation, its subjugation by the psyche’s complexes, is a treacherous business. But if not the human heart, then what?

How about the heart of the story?

Every story has a heart. Writers know this as surely as we know the familiar (and false) maxim that we should always show and not tell. But the anatomy of a story is not the same or as predictable as ours. How do we find its heart? Where is it? A clue  might be found in a quote from Cynthia Ozick. In an NPR interview a few years back, she said something like this. “The life of the novel is in the language.” It’s not a great leap to substitute the word heart for life here.  The heart of the story can be found in its language.

BULL, my YA novel-in-verse retelling the myth of the minotaur begins with an eleven-line prologue. That prologue was stuck in my head for five years. That’s all I had. Eleven lines. I simply could not move ahead. In other words, I could not find the story’s heart. Then one day – who knows why? — I heard Poseidon, the book’s narrator speak just two words. They were profane. Provocative. Challenging.  I was as shocked as some who read them now. But I knew that through speaking those two words Poseidon was allowing me to hear the first loud thump of the story’s heart. Every word after that would have to come from that irreverent heartbeat.

My newest book is a picture book about two sheep who form an unlikely friendship with the infamous wolf in sheep’s clothing.  Here, the way to the story’s heart was in the very names of the sheep themselves, BAABWAA AND WOOLIAM.  First of all, we have sheep with human (or almost) names. Then there is the quirky twist on those names. Okay. Those names are telling me that the story is going to be funny. But there is another quality resonating in those names. Say them aloud. Baabwaa and Wooliam. Once you get over the unabashed nuttiness of the wordplay, can’t you hear the cozy domesticity they connote? A domesticity that the brilliant Melissa Sweet  picked up on by making their home a lovely little trailer rather than the expected barn. Writing from the heart here meant staying in the center of those qualities, humor and hominess. The heart of the novel, or in this case picture book, is in its language.

Thanks to that third grade boy, I strive with every book I write, to write from the heart. Not my heart – good god, no! — but the heart of the story. As for the boy himself, I hope he is brave enough to live up to the name of the town where he lives. I hope he defies everything that conspires to hold him back – his poverty, his teacher, and the system that allows such small-spirited individuals to work with children. I hope he defies it all until he finds the heart of his own story, the story that is his life.

David Elliott is the author of over twenty picture books and novels for young people, including The New York Times bestselling And Here’s to You!. Other books include The Transmogrification of Roscoe Wizzle;  Finn Throws a Fit; the poetry series On the Farm, In the Wild,  In the Sea, and On the Wing; the This ORQ series. He is also the author of BULL, a YA novel in verse retelling the story of Theseus and the Minotaur. His newest picture book, illustrated by Melissa Street, is Baabwaa and Wooliam. Among the many honors his books have received are The International Reading Association Children’s Choice Award, Bank Street College Best of the Best, Chicago Public Library Best of the Best, New York Public Library Best Books for Children, ALA Notable, and the Parents’ Guide to Media Award.

Like Loading...
← Celebrating, Not Hiding by Emma Otheguy The Important Decision I Made to Create a Reading Community Classroom by Kristen Rowlands →

Leave a Reply to David A Elliott Cancel reply