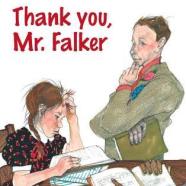 One morning last summer I spent a few hours at a local hospital having minor eye surgery. I knew that this procedure would improve my vision, but I won’t deny that the prospect of losing my sight, as unlikely as that was, left me feeling jittery.

There was no reason for concern, though. I was well-cared for by a skilled and experienced staff. Their efficiency, friendliness, and demeanor calmed my simmering worries. What helped most, though, was a conversation I had with my nurse.

You won’t be surprised that it began with the inevitable question: What do you do? When I replied that I’m an educator and an author, my nurse (I’ll call her Mary) volunteered a personal story, one that elevated her to Nerdy Book Club hero status.

Mary began by saying that the very thought of reading a book filled her with dread, so writing books boggled her mind.

Before I could respond, she continued:

She said she grew up in a loving family, but one absent of books. As a child, she never read beyond the basic requirements in class, even though she welcomed  hard work and challenges. She was successful in school, but she relied on skimming, Cliffs Notes, and outright bluffing when it came to reading books. 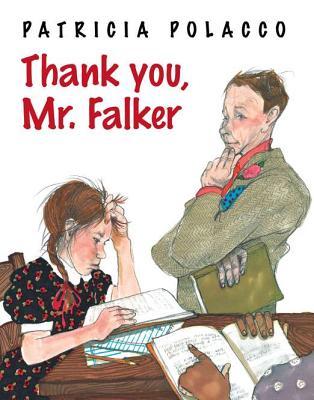 At that point her voice dropped to a murmur. She confessed that she always felt bright and capable until she held a book in her hands. I was picturing Mary as the young girl in Patricia Polacco’s THANK YOU MR. FALKER (1998), using her wits to escape detection of her shameful secret, all the while denying herself the possibility of intervention and support.

Apparently Mary was a master of those compensating strategies, and her native intelligence served her well. Mary was accepted to an outstanding college only to find that reading books—MANY books—was unavoidable. She spent hours poring over assigned materials, three, four, or more times, in order to fully process and retain the content. This was equally true in her science, medical, and liberal arts courses. She read slowly and attentively, repeatedly, and she made it through.

But she hated it, and she hated books more than ever.

As her conversation continued, Mary’s posture and expression reflected the burden that her reading struggles had imposed. I barely had time to offer congratulations on her resilience and success before she launched into the rest of her story.

Mary described a decision she made in the midst of those college struggles. She swore to herself that any children she ever had would grow up as readers. She was determined they would never face the reading struggles that nearly derailed her career plans. As soon as her first pregnancy was confirmed, she began gathering picture books, reading to her barely-bulging belly. She read to her first daughter while nursing her, then sat at her baby’s side, reading her to sleep. She got a library card for the first time in her life and made weekly trips with the baby in tow. Long before starting schoolmeach of her three daughters learned to write her name, motivated to sign up for a library card, eager to fill her own bag with books. Mary made sure their choices included books with cassette tapes and beeping sounds indicating page turns. Read-alouds, reading along, and repeated readings helped her girls develop fluency naturally.

Mary added that packing for a vacation included books. Her girls learned to reserve requests to “buy me that, please” for the book aisles, where they knew Mom’s response would be positive. When they snuggled in to read to themselves, this book-aversive mom settled in with them to read newspapers and magazines or listen to audiobooks.

I limited my reactions to smiles and nodding. As her story unfolded I could see that Mary wasn’t interested in impressing me or winning my approval. She seemed to stand three inches taller, her voice had a lilt to it, and her smile lit up our little pre-op cubby. It was obvious that she didn’t need my praise or approval to celebrate her own success.

Then Mary literally patted herself on the back and said, “I did it. My girls are successful and each one is an avid reader. I know if I give them a book it will be their favorite gift.”

That’s when I asked what they’re doing now.

The oldest is a surgical nurse, the middle daughter is an international business and legal consultant, and the youngest daughter is a plastic surgeon. All read voraciously and widely.

Mary beamed at me, and I was fighting back tears to avoid washing away the medications she had applied to my eyes. All thoughts of the unlikely possibility of losing my sight disappeared while she described her personal vision to change her children’s lives for the better: to raise readers.

As she rolled me to the surgical suite, I squeezed her hand and thanked her for sharing her story. What she had accomplished was far more impressive than writing books or even teaching. Sharing Mary’s story with parents and caregivers will be more persuasive than anything I could offer from research or classroom experience. I plan to share it often, and hope you will, too.

Sandy Brehl is a retired educator and is now a fulltime author. Her middle grade historical trilogy is set during the WWII German occupation of Norway:  Odin’s Promise (2014), Bjorn’s Gift (2016), and Mari’s Hope (released 9/5/2017). She posts picture book reviews and interviews on her blog, Unpacking the Power of Picture Books and contributes to a blog about historical books for young readers at The Storied Past. You can contact her at www.sandybrehl.com or on Twitter @SandyBrehl and @pbworkshop.