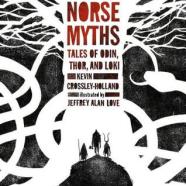 On Not Being a Reader by Kevin Crossley-Holland

Long ago and not so long, I drove over to have a look at the little village of Whiteleaf in the Chiltern Hills where I was born and lived until I was sixteen.  A huddle of cottages crouching under a majestic hill, surrounded by beechwoods, magical as all childhood places (or at least our memories of them) are.  My climbing tree with my initials cut into it. . . the mysterious trenches deep in the woods, dug by soldiers during the First World War. . .  the secret lane leading to the only place where white violets grew. . .  all present and correct! 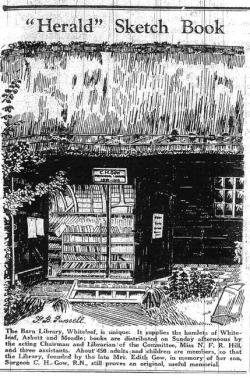 Then I wandered down the quiet village street, once a prehistoric pathway known as the Icknield Way, to visit our little library, housed in an old wooden barn.

‘Burnt down!’ the old man said.

In truth, I must have borrowed books from our village library no more than a dozen times – and the last one I never returned – but the loss of our library shocked me.  I kept worrying away at it like a gap in one’s mouth between two teeth.

I was never much of a reader as a boy.  I was an outdoors kid, playing soccer and rugby and cricket, running my bull terrier through the woods.  The children’s books at home were old and dusty and had almost all belonged to my mother or father. The only book seriously to excite me was H.E. Marshall’s Our Island Story, recounting thrilling moments from British history.  Now, I see how jingoistic it is; but as a boy, I imagined. . .  I became King Alfred and King Harold and other great and imperilled leaders. At school, likewise, the bookshelves were stuffed with tonking big encyclopaedias.  I turned my back on them.

True, my father used to enchant my sister and me by coming into our little bedroom with his small Welsh harp, and sitting beside our bunk bed, and singing-and-saying wonderful Celtic folk-tales, full of mystery and magic.  How many nights did his gentle voice calm the rampant tigers on our bedroom curtains, and soothe the storm beating outside?  How many nights did we fall asleep to the ripples and arpeggios of his harp?

But not even this was sufficient to turn me into a reader.  And neither was college, really, where I chose to major in English Language and Literature, in the hope of beginning to catch up, and catch fire. . .

But then, one summer’s day, drying myself in the locker room shower after playing tennis, I heard a voice from the next door cubicle – my girlfriend’s father.

‘Kevin, what are you going to do after Oxford?’

To tell the truth, I hadn’t a clue.  Or rather, I had far too many ideas.  Study for the priesthood?  Try and get to grips with Buddhism? Something to do with history?  Archaeology?  Travel to New Zealand to visit my far-flung cousins?

True, I had already begun to translate Anglo-Saxon poetry, and was encouraged by J.R.R. Tolkien as I was later by the great poet W.H. Auden, but certainly I never envisaged making a living from literary translation!

My girlfriend’s father was a director at the venerable House of Macmillan – and so it was that, as number three in the publicity department, I was hired by the publishers of Lewis Carroll and Charles Kingsley and Rudyard Kipling and W.B. Yeats and Thomas Hardy and and and. . .

I was catapulted into a house of words – a world of books unwritten, undressed, half-dressed, costings, proof copies, brochures, catalogues, advertisements, sales meetings, reviews. . .   It was utterly thrilling, and of course never more so than when corresponding with or actually meeting authors.

I read words.  I read stories.  I even helped to shape them. I travelled to New York and read manuscripts morning, noon and night with a view to buying the UK and Commonwealth rights.  And yes, I began to write. . .

I’ll never catch up, but now my barn of a home is furnished with books – not least superlatively illustrated and produced books for young children.  My grandchildren raid the shelves, and sit deep in book pools.  Quite wonderful!

Rather late in life, it has been my great good fortune to find a home with an independent publisher who really cares about every aspect of a book – concept, word, image, paper, font, sales – and who welcomes author and artist into the family of the firm:  Walker Books in the UK, and Candlewick in the USA. Do you know Jack Gantos’ hilarious Dead End in Norvelt in which the hero builds a book igloo and loves ‘to sniff the insides of books. . .  because each book has its own special perfume’?  Quality not only of content but production – this is surely the way to go, and what will enable the printed book to survive despite the ocean of tweets and twitters and computer games and social media.

And then, five years ago, the United Kingdom’s School Library Association astonished me by inviting me to serve as its President.  To be a spokesperson for words, for reading, for books in each and every school library in the country.

Kevin Crossley-Holland is one of England’s best known writers for children – and his Arthur trilogy (superbly published in the USA by Arthur Levine Books at Scholastic) has been translated into twenty-six languages and sold over a million copies.  His chief interests are traditional tale and history, and his most recent book is the bestselling Norse Myths: Tales of Odin, Thor and Loki, published by Candlewick.  Kevin is also well known as a poet, translator from Anglo-Saxon, and for his collaborations with artists and composers.  He lives on the seaboard in Norfolk, on the east coast of England and has four children, five grandchildren – and a Minnesotan wife! 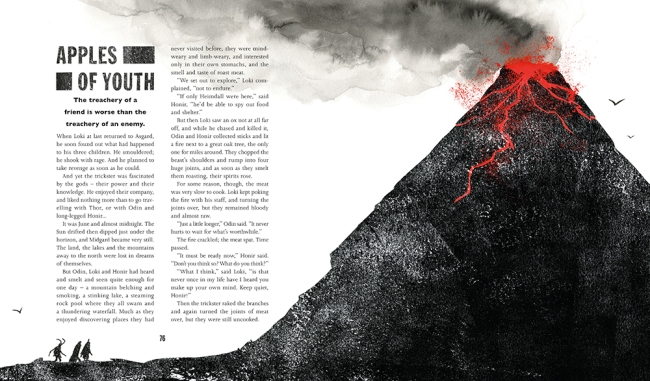