Home » Author Posts » Coco, The First Rule of Punk, and Every Mexican (American) Story Out There by Anna Meriano 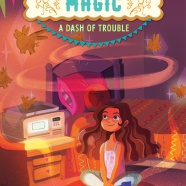 Coco, The First Rule of Punk, and Every Mexican (American) Story Out There by Anna Meriano 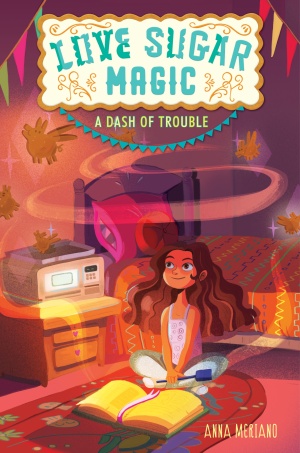 When I first heard that Disney had a Day of the Dead movie coming out just a few months before my book release, I admit I felt a twinge of anxiety. But my book is about Día de Muertos, I fretted, What if people think I copied? What if everyone is sick of Day of the Dead by then? And the real question underlying those worries: why would anyone want to hear my Mexican American story when there are better, more Mexican stories out there?

These are the kinds of thoughts that most authors contend with at some point in their careers. Whether you write vampires or mean girls, romance or mystery, there’s a good chance someone has declared your genre or trope dead at least a couple of times on Twitter. But there’s something so specifically insidious about the way people’s race and culture are treated as genre in publishing, subject to the “one per list” or “one per year” rule. I wanted to be excited for Disney’s Coco. I was excited for it. But I was also—deep in the part of my brain that I tried to shove aside and ignore—worried.

I knew my worry wasn’t strictly practical or sales-oriented.  For one thing, my book is not actually about Día de los Muertos. It features a Día de los Muertos festival during one of the early and pivotal scenes, and draws on the mythos of that and other Mexican traditions to create its magic system, but the plot is more similar to the (probably) dozens of books about magical girl bakers than it is to a story about a young musician crossing into the land of the dead. And as further proof that my worry went beyond marketing, it only got worse when family and friends started pointing out the positive side of the connection. “Wow, you’re so lucky Coco is coming out! You can use its popularity for marketing!” What should have soothed my competitive feelings actually left me feeling nauseous—I couldn’t stop thinking of all the ways my book would compare unfavorably to the movie.

A few months after the Coco trailer created a nice buzz, I picked up a copy of Celia C. Pérez’s The First Rule of Punk.  I was extremely excited about the book, captivated by the image of the book’s main character Malú, a biracial Mexican American thirteen-year-old, posing confidently in braided pigtails on the neon cover. I was a biracial Mexican American thirteen-year-old in braided pigtails once, and I had never read a book that captured that experience. I had connected to Josefina Montoya, the American Girl character from New Mexico, and enjoyed every culturally confused and introspective second of Matt de la Peña’s Mexican WhiteBoy, but reading Malú’s story was going to be different. I opened the book ready to feel what other readers describe when they first see themselves represented in the pages of a book.  I was ready for my mirror.

I was also, if we’re being totally and completely honest, a little bit worried. I mean, a Mexican American middle grade novel with a colorful cover sprinkled with images of sugar skulls? Who would want to read my book when they had already read this book? And what did I have to say in my book that would be any different?

I loved The First Rule of Punk. I laughed out loud at Malú’s mom (the Super Mexican), her punk rock band of friends, and her traditional dance frenemy. I cried when Malú worked through her feelings after being called a coconut (brown on the outside, white on the inside). I devoured her handmade zines. But from almost the first chapter, I kept catching myself feeling surprised by Malú’s actions and experiences. I wasn’t reading my story at all. I was reading something even cooler—someone else’s Mexican American story.

When I closed the back cover of The First Rule of Punk, I felt such a sense relief. This was a middle grade book with a Mexican American girl character, and it was lovely and fun and beautiful, and it was nothing like my book or my life. All my worry seemed silly; this book was as different from mine as any two dragon books were from each other. I wanted to shout it to the whole world: This book’s main character is nothing like me!  (That doesn’t sound like great compliment, though, so mostly I just told everyone to please read it.)

And I watched Coco just a few weeks before my book released. It was beautiful, and fun, and made me cry. It wasn’t my book at all.

Let’s let 2018 be the year that we stop thinking of race and culture as a trend that can oversaturate the market. Let’s shut up the voice of worry that thinks our books have to compete with every other Latinx book out there. Let’s recognize that we need The First Rule of Punk, Coco, and Love Sugar Magic. That we have room for a thousand Mexican and Mexican American stories like the Graza Twins series, Stella Diaz Has Something to Say, Wild Beauty, and North of Happy, and for other Latinx stories like The Poet X, Nightlights, Labyrinth Lost, Marcus Vega Doesn’t Speak Spanish, They Both Die At the End, Rollergirl—all the Latinx kid lit that exists and much, much more. Let’s read all of them. We don’t have just one story to tell, or one experience to share with the world. We have every story.

Anna Meriano grew up in Houston, Texas, with an older brother and a younger brother but (tragically) no sisters. She graduated from Rice University with a degree in English and earned her MFA in creative writing with an emphasis on writing for children from the New School in New York. She has taught creative writing and high school English and works as a writing tutor. Anna likes reading, knitting, playing full-contact quidditch, and singing along to songs in English, Spanish, and ASL. Anna still lives in Houston with her dog, Cisco. Her favorite baked goods are the kind that don’t fly away before you eat them.