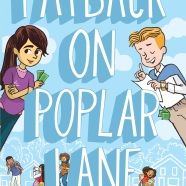 He likes to eat lots of things. (Yeah.)

He goes to the buffet every day and likes to fill his PLATE . . .

I admit it wasn’t my finest work. Twenty-five years later, it still haunts me that I rhymed “things” with “things.” But it did the trick – John stopped crying.

As the second oldest of eight children, I spent a lot of time improvising. Songs, games, artwork, you name it – making stuff up for the sole purpose of making my siblings laugh.

One of the most important tools in my “chill, children” kit was The Weird Voice. The Weird Voice was slightly Southern-accented, high-pitched, annoying, and a powerful force against car tantrums. My sister and I used it to “talk” for various stuffed animals and for siblings who couldn’t yet speak. We’d begin every Weird Voice statement with the nonsense phrase “oy yow, oy yow.” For example, “Oy yow, oy yow. Ah have teddy bear ears!” “Oy yow, oy yow. Look at mah kicky feet!”

But one day, I slipped up. I used the Weird Voice outside the confines of my family van (a car so big it beeped when it backed up).

I used the Weird Voice with my best friend Megan.

Megan was hilarious. We went to different schools, and she was one year older than me. We bonded after our parents enrolled us in community children’s theatre and an adjunct “modeling and manners” course where we learned how to work the runway at the Fort Lee Officers’ Club fashion show, answer the phone politely, and achieve successful at-home manicures.

Megan and I were always getting into trouble because we could never stop laughing. One day we thought it would be funny to come to modeling class with two red pen dots on our necks, staring straight ahead so it would seem like we’d been bitten by vampires.

Our director/modeling instructor was not thrilled.

But even around Megan, I had my Weird limits. I think all kids go through this – a period when fun and humor make you self-conscious, when you wonder if what you enjoy is something you should be ashamed of. I clearly sensed a line between weird and Weird-weird, and the Weird Voice was over the line.

One afternoon Megan and her sister Kelly came over to my house. Per usual, Mincks siblings were everywhere. Baby John waddled into the room.

“Oy yow, oy yow,” I said, in an instinctive reaction to his adorableness.

Megan burst out laughing. “What was that?” she asked.

Megan and Kelly couldn’t stop laughing . . . in a good way. They liked weird me, but also Weird-weird me. Soon I even felt comfortable enough to introduce them to the Cricket Spider, my imitation of a creepy insect hybrid living in our basement.

Our friendship flourished. We went on to make B-horror movie parodies, create abstract posters for our swim meets, and convince her school friends that I was really from England.

Being Weird-weird developed my sense of humor. I felt it slowly emerging by the end of middle school, when I discovered absurdist theatre and Louis Sachar’s dry, surrealist Sideways Stories from Wayside School.

In college, I performed improv, and later I moved to Chicago to improvise at a professional theater. Today, my Weird-weird sense of humor comes out in my writing.

I hope my books give kids a safe place to laugh and connect with characters who are learning about themselves, just like they are. Every kid needs a place to be Weird-weird, whether it’s at home, with their friends, or in a secret journal.

And the Weird Voice? I still use it to talk to my dog. Here’s a snippet from my latest hit:

And I’m ridin’ the rails

And I tote my lunches

I’m on the road 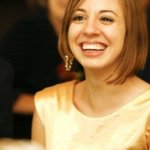 Margaret Mincks grew up the second oldest of eight kids. When she wasn’t swimming, acting, making up slightly disturbing songs, or filming B-movie parodies with siblings and friends, she was writing and illustrating stories. After graduating from the University of Virginia, she moved to Chicago to perform improvisational comedy with the iO Theater. She later worked at Spider, a literary magazine for six- to nine-year-olds, as an editor. Margaret has also written for children’s nonfiction series like Ripley’s Believe It or Not. She now lives in Florida with her husband, young daughter, and her Staffordshire bull terrier named Reesie.

Like Loading...
← How I Fell in Love with Storytime by Jennifer Tazerouti I Want You Around: The First Rule of Punk is the middle-grade novel we needed by Rachel Rosenberg →