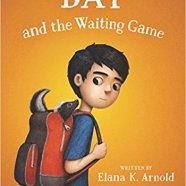 Recently, I heard this concept, and though I’ve forgotten almost all of the details, I sort of remember it being called a “Circle of Seven,” though when I google that term, none of the stuff that comes up is related to what I was searching for (though I did browse through lots of interesting, unrelated stuff).

Basically, the idea was this: for a kid to grow up to be a successful, happy human, he or she needs a caring circle of seven adults who are paying attention. They can be family members, like parents, aunts and uncles, or grandparents, and they can be mentors, like a teacher who stays connected beyond the classroom year, or a religious leader, or a coach, or a family friend.

Picture these seven adults in a circle around a kid. Now picture the kid falling. In any direction, if she is surrounded by seven responsible, aware adults, there will be someone to catch her.

Growing up, I was a lonely kid. A weird kid. A sad kid, if you want to know the truth. There were lots of reasons for this, some of which I’m still unwinding. But when I heard this idea about a Circle of Seven, I leaned forward. I nodded my head. Yes, I thought.

I didn’t have a Circle of Seven. We moved a lot, and my grown- ups weren’t terribly social, and for lots of other reasons, there were very few adults in my life.

When I heard this Circle of Seven theory, I’d already finished writing the second BAT book (and, actually, the third BAT book, which will be published in 2019). I thought about Bat’s grown- ups in A Boy Called Bat—his mom, his dad, Laurence the vet tech, and Mr. Grayson, his wonderful teacher.

And then I thought about the new grown-ups who join his circle in Bat and the Waiting Game, and another grown-up who, in the third book, may become the seventh member of Bat’s circle.

And that’s magic, isn’t it? There doesn’t seem to be any other word for it. Some part of me—I like to call it the back of my brain—had stretched out and created a Circle of Seven for Bat, a character I so deeply love.

Now that I knew the term, in my “real life” I began to stretch the front of my brain. Did my kids each have a Circle of Seven? Could I help facilitate this for them? And what about the young people in my community—were there kids and teens whose Circles I could join, empty spaces that I could step into?

In Bat and the Waiting Game, our boy Bat has a rough time of things. He’s got Thor, the orphaned skunk kit, but it’s still a temporary arrangement. And with Janie busy with the school play, Bat has to do lots of things on other people’s timetables, adjusting to other people’s needs. But even so, Bat’s circle is growing.

In real life, I’ve met and corresponded with hundreds of readers, parents, teachers, and librarians who love Bat, too. What a lucky kid, to have such a circle of support. Thank you for loving Bat, and for sharing him with your students and kids, and for joining Bat’s circle.
And thank you, too, for being part of real-life kids’ circles. They need us to be around them, and they need us to be paying attention.

Together, we can catch them when they fall.

Elana K. Arnold grew up in California, where she, like Bat, was lucky enough to have her own perfect pet — a gorgeous mare named Rainbow —and a family who let her read as many books as she wanted. She is the author of picture books, middle grade novels, and books for teens, including the National Book Award finalist title What Girls Are Made Of. Elana lives in Huntington Beach, California, with her husband, two children, and a menagerie of animals. She calls the “Bat” series for Walden Pond Press “books of her heart.” You can find her online at http://www.elanakarnold.com.

Bat and the Waiting Game by Elana K. Arnold

The second book in the irresistible and “quietly groundbreaking”* young middle grade series starring Bat, an unforgettable boy on the autism spectrum.

For Bixby Alexander Tam (nicknamed Bat), life is pretty great. He’s the caretaker of the best baby skunk in the world—even Janie, his older sister, is warming up to Thor.

When Janie gets a part in the school play and can’t watch Bat after school, it means some pretty big changes. Someone else has to take care of the skunk kit in the afternoons.

Janie is having sleepovers with her new friends. Bat just wants everything to go back to normal. He just has to make it to the night of Janie’s performance…

3/12 For Those About to Mock, @abouttomock Sam Eddington

Like Loading...
← I Read 52 Books in 52 Weeks for a YA National Book Award and Why Libraries Matter by Megan Fink Brevard Writing Mysteries for Girls by Sheela Chari →