Home » Top Ten Lists » Top 10 Books that Should Have Won the Newbery (According to Me, Anyway) by Stacy Nockowitz

Top 10 Books that Should Have Won the Newbery (According to Me, Anyway) by Stacy Nockowitz

Each year, a group of carefully selected committee members is given an impossible task: to choose the children’s book that they deem the most distinguished written by an American author and published in the previous year. I’m a middle school librarian who previously taught middle school language arts for more than twenty years, and I cannot imagine what it’s like to serve on the committee that attempts to pick that book. Of course, I’m talking about the Newbery Medal recipient. I’m sure the people whose job it is to choose the winner in a given year work exceptionally hard to select that special book.

Wait, is that grumbling I hear? You’re disgruntled because the Newbery selection committee didn’t choose the book that you thought should have won in 1964? Or 1986? Or 2007? Look, they can only choose one book each year! I know, it can be disappointing when the book you want doesn’t win, but don’t get mad at the committee. They did their job, and they did it well.

My list of “should’ve won” books includes several that were, in fact, Newbery Honor books. I have absolutely nothing against the books that won in Newbery Medal in these years; they are all fabulous. But the books I’m about to name? Well, they were the winners in my heart. And until they ask me to be on the selection committee, this is as close as I’m going to get to awarding their excellence.

1962: The Phantom Tollbooth by Norton Juster

My admiration for this classic cannot be overstated. The Phantom Tollbooth should be read in every middle school in every town in every state in this country. The wordplay astounds; the creativity awes. And when our hero Milo eventually restores Rhyme and Reason (in the form of two imprisoned princesses) to the Kingdom of Wisdom, he learns a “carload” of valuable lessons.

I read the entire Judy Blume ouvre when I was a tween, and I loved every one of Blume’s stories of awkward teens doing awkward teen stuff. But Are You There God? It’s Me, Margaret. was the book that affected me the most. Just knowing that Margaret was going through the unpleasantness of buying her first bra and getting her period made me feel like I wasn’t alone. The book is dated now, but the message of self-acceptance has never been conveyed in a more honest fashion.

I know you’re thinking Why not Tuck Everlasting? Well, it’s my contention that Kneeknock Rise, which was a Newbery Honor book, is actually Babbitt’s best. Its central question is one that kids can really get into discussing in class: Is it better to be knowledgeable and unhappy or ignorant and happy?

This is an underrated book that addresses issues of race, self-esteem, and independence. Maleeka is bullied at school because of her handmade clothes and her “too black” skin. But she finds, if not a champion, then an ally in her new teacher Miss Saunders. 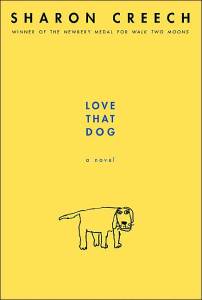 Love That Dog is the kind of heartbreaking-then-heartwarming story that you’ll want to read again and again. This novel in verse pays homage to poetry as a form of expression, the unbreakable bond between a kid and his dog, and the great Walter Dean Myers all in one slim volume. 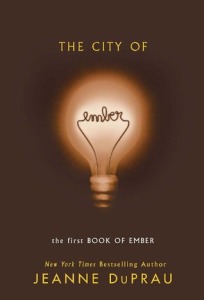 2003: The City of Ember by Jeanne DuPrau

Don’t judge this book by its movie. The City of Ember is a dystopian, cautionary tale turned beat-the-clock thriller that’s chock-full of interesting ideas for kids to sink their teeth into. With a brave hero and heroine to root for, The City of Ember reveals plenty about consumption, corruption, and environmentalism.

2008: The Wednesday Wars by Gary Schmidt

Of all the loveable antiheros in kid lit, Holling Hoodhood is my favorite. Forced to study Shakespeare after school on Wednesdays by his 7th grade English teacher, Holling faces one obstacle after another as he careens through life in 1967. Gary Schmidt blends the heart-rending with the hilarious masterfully. 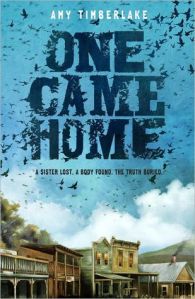 2014: One Came Home by Amy Timberlake

Wisconsin in 1871 may not sound like the most exciting setting for an adventure story, but believe me, this novel packs a wallop. Georgie’s search for her missing sister on the frontier reminds me of True Grit for the younger bunch. In fact, grit defines this girl. She’s a terrific role model for kids today. 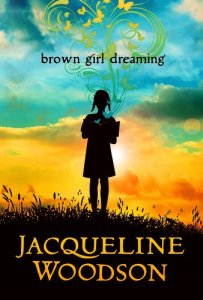 This wonderful book is shelved with the poetry in the library, but it’s really a memoir in verse form. Woodson tells her story of growing up during tumultuous times in our country’s recent history, but the book focuses on her growing love of words. I want to wrap this book up and send it to every book-loving, future writer I can. It’s scary good.

Have you voted for Ghost yet in PBS’s Great American Read yet? The book has only been out for two years, but already it’s considered one of the most beloved novels ever. Jason Reynolds will surely win armfuls of awards for his books in the years to come, but I love the raw reality and the fact that you root for Castle (aka Ghost) even though he messes up a lot. Just like all kids.

Stacy Nockowitz is a former English teacher turned school librarian. She holds Master’s degrees from Columbia University (M.A.) and Kent State University (M.L.I.S.). Stacy speaks at educational conferences across the country on such topics as information literacy and educational technology. She is currently writing her third novel, and this time, she may actually try to get it published. Stacy has been married for 27 years to her husband, Richard, and they are exceptionally proud of their two grown children. Reading is Stacy’s superpower. Follow her on Twitter @snockowitz, and read her blog at http://www.MrsNReads.com.