Home » Author Posts » Traveling the World Without a Ticket: Using Global Narratives to Learn About Other Cultures Without Othering Them by PADMA VENKATRAMAN 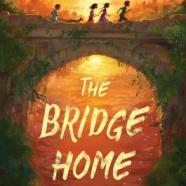 Traveling the World Without a Ticket: Using Global Narratives to Learn About Other Cultures Without Othering Them by PADMA VENKATRAMAN

As the world grows more “global” it becomes increasingly important to expose young people to cultures other than their own. No matter what a student’s cultural background might be, an increased awareness of other cultures ought to promote dialogue, discussion and deeper mutual understanding. The more we learn to speak and to listen in mutually respectful ways, the greater the likelihood that the adults of the future will successfully navigate multicultural settings, in both national and international arenas.

One of the easiest ways to help augment students’ cultural understanding, I believe (and as an author, I’m admittedly incredibly biased about this) is to captivate them using story. Even mere exposure to excellent works of literature increases our respect for the culture in which that example of art was born. When I first came across Chinua Achebe’s oeuvre, for example, I was struck by his writing – and the admiration of another writer’s skill, alone (even without an examination of the writer’s reflection on society) is, in itself, an act of acceptance, at some level.

Reading literature that brings to life a distant culture can serve as an excellent starting point for the study of the culture. Global narratives thus lend themselves to activities that help students develop critical thinking skills – such as activities that encourage readers to conduct background research on the part of the globe where a particular work of fiction is set. Such activities have the added advantage that they might be interdisciplinary and cross-curricular (involving both social studies and English Language Arts skills, for example).

Many global narratives do, of course, highlight important historical or current social justice issues. This adds to their significance and strength. But it also means that when we discuss a culture other than our own in the context of the novel, we need to be careful that we condemn injustice without alienating this other culture, or implying that this other culture is inherently inferior to our own. We must also recognize that one author’s voice is just one voice – one story is just one story – it may be representative of a culture but cannot possible contain all that the culture has to offer.

One way to guard against unintentionally deprecating or stereotyping another culture might be to explore dissimilar characters and their attitudes if they’re shown in the novel one is reading. Encourage students to explore similarities and differences in multicultural narratives by inquiring into how a character’s roots and socioeconomic background within the culture may influence the character’s viewpoint. Or, compare majority and minority perspectives within that culture on a specific topic, as depicted by the novelist.  I’m quite certain that regardless of what culture one is reading about and what issue one focuses on, there will always be a wide variety of reactions and opinions within a culture – after all, we don’t all think the same, regardless where we’re from. Expose students to other books (fiction and nonfiction) as well as other texts (nonfiction from disparate sources) that may shed light on people working to fight against injustice from within the culture. It’s always enlightening to compare fiction and related non-fiction informational texts – and this can be used as a starting point to hone writing, speaking and thinking skills.

It’s also enlightening to draw parallels between problems in a distant country and problems in our own. For instance, the protagonists in my most recent novel, THE BRIDGE HOME, are strong, independent, intelligent young people who overcome different kinds of adversity – hunger, poverty, homelessness and domestic abuse. The grinding poverty they experience is unique to the place and time to which they belong, and it’s a horrific reality that millions face in India today. These problems are, of course, also seen in other countries, including ours. Despite our nation’s wealth, children in the United States experience hunger, poverty, homelessness and domestic abuse. It’s important both to discuss and understand the specific issues seen in the location that is home to the characters in the novel, and to broaden and expand the scope of discussion to accommodate the understanding of these issues worldwide. From an academic standpoint, a student’s creative and critical thinking skills are undoubtedly employed and enhanced when they draw parallels between events in a story set in another time/place with events occurring in today’s America, or explore similarities between global historical events and American history, or discuss and debate links that may exist among social problems, economic policies and politics.

As for discussing a book set in another part of our world, I must make a plea (even though my training is in the sciences) to never dissect a book. By which I mean,  please don’t discuss the life out of it. Part of the reason I studied science instead of literature is that some teachers tended to discuss a poem or story to death. So, allow student interest to guide the direction and nature of the discussion. But it might be useful to pay attention to our language as we discuss. My daughter asked, for example, why, even today,  people often use the possessive pronoun when referring to a person who was enslaved – and it was a discussion that ensued after she’d read books written by a variety of authors that featured protagonists who had been enslaved. When we retroactively examine a global story that deals with social justice issues, we also need to make sure we steer clear of sympathy. When we read a good book, we can’t escape empathy, but when we’re done reading and we run the risk that instead of showcasing characters’ strengths by referring to them as heroes and survivors, we might describe them as victims (which no character and no author would want, I’m sure). Pity isn’t a deep emotional response. Compassion is.

Compassion is, in my opinion, the most important feeling a book can evoke. Such compassion has, in the past, served as a call to action. Oliver Twist and other novels by Dickens brought to light issues in a manner that elicited empathy and led to social change. Many other books (fiction, poetry and nonfiction) have spurred activism, too. That’s why dictators are quick to silence writers as soon as they come to power. Dictators are among those who’re most keenly aware of the magical strength words possess.

And this magical strength is, I think, of particular importance in today’s world. Increased cultural competency is vital, if we’re ever going to navigate toward the high ideal of world peace – or even just for self-preservation and the protection of our Earth’s physical environment.  Novels that invite us to travel to other places can do much more than transport the reader to another location; they can transform the reader by allowing the reader to experience the culture from within.  When we see not only through the narrator’s lens, but also from within the narrator’s soul, when we live for a little while in another part of the world by living inside a character’s skin, we start, slowly, in small ways, to become citizens of the world.

At a time when extreme nationalism appears to be on the rise in many countries, when the United States seems more politically divided than ever, when the majority of scientists agree that the world’s climate is being catastrophically altered by human activity, there is an urgent need to imbue our young people with a sense of global stewardship, and fortify the feeling – however trite it may sound  – that all of humanity is one indivisible (if dysfunctional) family. And a well written novel – that shrinks our world by expanding our hearts and minds – can do just that.

Acknowledgement: A few years ago, I participated in a presentation along with Dr. Diane Kern and Ms. Jennifer Hanson, during which we explored the use of literature in social studies classrooms. Although this essay showcases my views and opinions, it builds on what I learned from our cooperative endeavor, and in the time since, during which I’ve given a lot of thought to the importance of global narratives.

Like Loading...
← Cover Reveal: The Year We Fell From Space by Amy Sarig King 16 in ‘18 Every Myers-Briggs Personality Type from This Year’s Book by Janet Dawson →