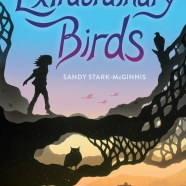 One day, not too long ago, I pulled out a chair and sat at an empty desk next to one of my fifth grade students. His chin sat on the edge of his desk,  close to a piece of binder paper that was mostly empty. The only thing he’d written on it was his name and “Dear King George”.

Our class had been studying the Revolutionary War and we had just read Jean Fritz’s “Can’t you Make Them Behave, King George?”. I’d given my class an assignment to write a letter to the king from the point of view of a colonist, or a historical figure from that time.

“How you doing?” I asked the student.

He shrugged. “I don’t know what to write.”

“Okay, well, let’s try to figure out how to begin. I think that will help.”

“I don’t know what to write,” is still the most consistent comment I hear from my students when it comes to writing, especially when they’re working on a narrative, or a poem.

Since I’ve been teaching fifth grade, I’ve thought a lot about strategies I can give to my students to make it easier to work through “I don’t know what to write.” I come to the writing process from two perspectives, one as a teacher and the other as a writer/author. As a teacher I want my students to be as proficient as possible, and as a writer I want to foster in them a passion for writing. My challenge in the classroom is to find a balance between the two. The most effective way I’ve found to inspire (and bring a little joy) to the writing process is to make it more accessible and less intimidating.

Depending on the genre of writing, my strategies differ. When my students are writing informational or opinion essays, I emphasize analyzing the writing prompt, and making sure students have a solid understanding of what the focus of their essay will be. We spend time sharing possible main ideas, and discussing how they’re going to organize their essay, paragraph by paragraph.

In other words, we devote lots of time to scaffolding, planning, and breaking down the process into manageable steps.

I use this same approach for any creative writing project, too, but the perspective changes a bit because what most students struggle with is where to begin. All the freedom the creative process gives them is sometimes overwhelming to the point where they struggle to get words down on paper. 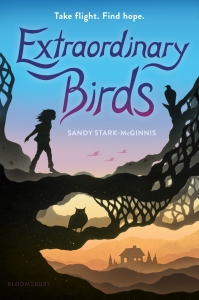 In my years as a writer, the way I’ve found a story is to start with one small, unexpected or unusual detail. The origin of December, the protagonist in my debut middle grade novel, Extraordinary Birds, came from a newspaper article. It reported an incident where a mom, in a methamphetamine rage, physically attacked her daughter. After I’d read the article, I kept thinking about that young girl, about her scars and how she’d able to survive, emotionally, an incident like that. And from there, I imagined a character with a scar on her back, a scar where she’s told herself wings once unfolded. This was the beginning of December’s story.

My own writing journey started with poetry. For me the beauty of writing poems is a chance to capture and explore the minutest of details. In my “poet only” days, I used to go out and search for poetry. I’d take a drive out in the country that surrounded the small town where I grew, look for unusual details, and use them to as a catalyst to write a poem.

At the time, I didn’t realize it , but I was exercising and training myself to look for and be confident that stories and characters can be found, that I didn’t have to wait for inspiration to come to me; I could go looking and find it.

To be honest, I’ve never experienced long periods of writers’ block. I do experience other bumps in the writing process, but creating a character and finding the beginning of their story has been the easiest part of the process for me. A beginning could be found in a lone Christmas decoration hanging from a tree, or a marble lying between railroad ties.

So, when my students say, “I don’t know what to write,” I use my own experiences and strategies as a writer to help them.

Which brings me back to the student who was struggling to begin his letter to King George III.

“Well, what’s one interesting fact about King George that stands out to you?” I asked him. “What’s one thing you remember? It can be anything and maybe we can start your letter from there.”

“He liked to have everything in a certain place, and he had a petting zoo.”

“If you’re a colonist, what would you think of the king having a zoo with a zebra and an elephant?”

“I think it would be kind of cool, but I’d also be mad because a zoo is something he doesn’t need and then he’s making all these rules for us. It would seem really unfair.”

“I think the zoo would be a great place to start,” I said, and I left him alone to write his letter.

The next day I asked my class to raise their hands if they needed more time to finish, and he didn’t raise his.

Sandy Stark-McGinnis is a debut author and award-winning poet whose work has appeared in Quercus Review, In the Grove, and Penumbra. She holds an MA in Creative Writing from San Francisco State University. Sandy lives with her husband and children in California, where she works as a fifth grade teacher. You can find her online at www.sandystarkmcginnis.com and on Twitter @McGinnisSandy.