Home » Uncategorized » No Matter Who You Are, You Can Achieve Remarkable Things by Joseph Elliott

No Matter Who You Are, You Can Achieve Remarkable Things by Joseph Elliott 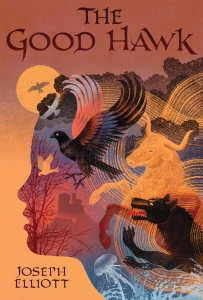 When I was fifteen, I trekked from the west coast of Scotland to the east coast – a similar journey to that made by the characters in the book – with nothing but a tent, a sleeping bag, and a (much needed) waterproof coat. When it stopped raining long enough for me to appreciate the views, I was struck by how incredibly beautiful the country was: stark, sweeping landscapes punctuated by shimmering lochs and dramatic rock formations. There’s something about the brisk air and sheer vastness of the countryside that is incredibly humbling, especially when walking across it on foot. Being at the mercy of Scotland’s uncompromising weather is also an extraordinary experience, with its ability to demoralize one moment and invigorate the next. It is this dichotomy that I found so intriguing: that a place could simultaneously be desperately bleak and incredibly beautiful. I’ve visited and worked in Scotland many times since this first trip, and knew that it was going to be the setting for my first novel. I also knew that the book would feature one of Scotland’s most iconic animals: the highland bull. They are such stunning creatures, and share Scotland’s contradictory nature, being as rough as they are regal. The first time I came face-to-face with one, it was easy to imagine I was looking at a mythical creature, and I instantly fell in love with them as a result.

For me, the story of The Good Hawk started with the image of a girl, which popped into my head out of nowhere. She was standing on a wall, looking out to sea, while a harsh wind whipped at her hair. The only things I knew about her were that she was brave, incredibly loyal and had Down syndrome. What followed next was a series of questions: Who was the girl and why was she there? What was the danger she was looking out for? And who was she trying protect? As I answered these questions, a whole world started to unfold: an alternate Scotland, uncomplicated by modern technology, and peppered with magic, because who doesn’t love magic?

Children with additional needs have always been a big part of my life. When I was young, my parents provided respite foster care for children with special needs and one of my first jobs was working in a day care for children with learning difficulties and disabilities. After graduating, I went on to work as a teaching assistant at Westminster Special Schools – a job I adored for the five years I spent there. As my experience grew, I began teaching a few subjects, including drama and photography. The job was tough at times, but also incredibly rewarding, especially witnessing the pupils’ confidence grow from one term to the next. Many of them also had a fantastic sense of humour, and made me laugh every day. Agatha, the heroine of The Good Hawk, was inspired by some of incredible children I worked with during that time, particularly those with Down syndrome.

In Agatha’s world, her condition is unnamed, but I felt it was important to show the hardships and prejudices she has to overcome because of it. My hope is that she will inspire a generation of readers not to judge someone by first appearance and to realize that no matter who you are, or what your strengths and weaknesses, you can achieve remarkable things.

Joseph Elliott is a writer, teacher, and actor known for his work in children’s television. The Good Hawk is his first book. He lives in London.