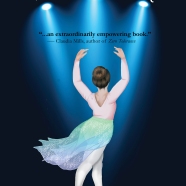 Once upon a time, I repeatedly found myself wide awake at two in the morning. As an early riser, I was already too alert to return to sleep. One night I decided to get out of bed and do something, and that decision was a turning point in my life.

I went into the room where we kept our single desktop computer, and wrote my first children’s story, complete in one sitting—or so I thought.

My aunt, a perceptive, well-read and honest critic, read the story at my request. Her response was, “I love the story, but I’d like you to go deeper.”

Deeper? Yikes. My body gushed with fear. “There’s something missing,” my aunt said. “Something that’s underneath what you’ve told us. I wonder what it is.”

Off the phone, I sat with the uncomfortable visceral response to her words running through me. I was self-aware enough to know I was hiding something from myself, something my aunt felt would give the story a deeper presence, a deeper meaning. Otherwise the story would maintain a quality that didn’t disturb the surface of…well, of anything.

But what was I hiding?

The first draft of “The Inside Ballerina” was the story of a young dancer who feared performing because her body was round and strong, not lean like other girls in her ballet class.

I let the story float through my brain, trusting that an answer to the mystery would reveal itself. Within days, it did. A memory from my own ballet classes surfaced…backbends without hands.

In my ballet study with Miss Frances Allis, after floor stretches and before turns, we had a section of time when one by one, we stood in front of our teacher to do a backbend without hands. She circled her hands around our waists, her fingers just above the lowest part of our spines, not touching, but there as we bent backwards to prevent falling, while our upside-down heads tapped the floor before using thigh and back muscles to return to standing.

It was one of the few moments in time when I no longer felt self-conscious about my body, my frizzy hair, my thick glasses. It was a moment in time when I felt perfectly, exquisitely safe.

I wrote a “Backbends Without Hands” scene into the story. I sobbed as I wrote, the memories that important and powerful. My son, with whom I’d been reading Spider and Cricket for some years, read the finished work and said, “Mom, this is a Cricket story.” I sent it in, and the magazine purchased it for a dance-themed issue.

Though I didn’t know enough about fiction at the time to call them by name, I’d created inner and outer narrative arcs for the story.

And I had the seed story for REENI’S TURN, which I began eight years later.

Although I’d been writing for most of my life, the journey into writing for children was more intense, more informed, and altogether more professional than any class I’d taken to that point. For years, I was insecure in the craft, and revised according to whatever critiques my partners suggested. What I noticed over time is that:

With REENI’S TURN, I learned to hold onto the heart, which also meant ‘going deep’. The story was too important to me to let the heart and spirit of it become distorted or disregarded.  In eleven years of writing and what felt like perpetual revision, I added and removed Jewish content, characters, and subplots. I wrote in prose, then verse, then prose again, and finally verse again, and again, and again. From ninety pages to two-sixty-seven, and back to one ninety, I finally settled on working without an agent for the book I wanted and loved, a simpler narrative of one Jewish tween’s difficult and initially misdirected search for self-confidence, courage, and voice. The context of the story explores the bias against fat and prevalence and damage of tween dieting as well as touching on #metoo issues once thought to be ‘harmless kidding’.

During Esther Hershenhorn’s Vermont Manuscript Retreat (LINK=http://www.estherhershenhorn.com/teach.html) in July of 2019, Esther asked me to track my journey with the book, and then do the same for Reeni’s journey. I did.

And what I saw was that at every turning point, my writing life events resonated deeply with Reeni’s story. Different in external reality, the internal journeys were essentially the same. I hadn’t planned it. But there it was.

I’d held onto the heart of my story, and had allowed myself to go deeply into her suffering and her triumph. And Reeni, guided toward resilience and persistence by the still, small voice she recalls from a Yom Kippur service, holds onto her heart through her story.

And now I hope for her and for me, and for the hardworking Regal House/Fitzroy Books team, that our readers’ hearts will respond.

REENI’S TURN (Regal House Publishing/Fitzroy Books, September 13, 2020) is Carol Coven Grannick’s debut novel. Earlier drafts were named Finalist in the 2014 Katherine Paterson Award and Honorable Mention in the 2018 Sydney Taylor Manuscript Competition. Her children’s poetry and short fiction has appeared or is forthcoming in Cricket, Highlights, Ladybug, Hello, Babybug, and Hunger Mountain. She received a Ragdale Foundation Writer’s Residency and an Illinois Arts Council Grant to revise and complete REENI’S TURN. Visit her at her website: https://carolcovengrannick.com. You can find her on social media at the following links; Twitter: https://twitter.com/carolcgrannick; Facebook: https://www.facebook.com/carol.grannick; and Instagram: https://www.instagram.com/carolcovengrannick/. 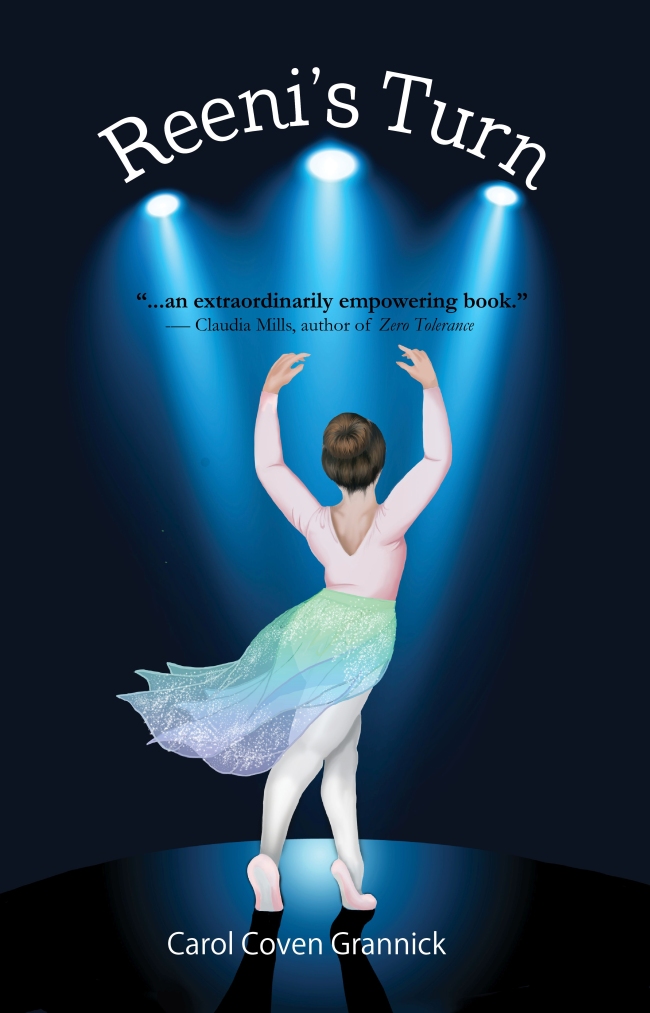 Like Loading...
← Nonfiction Man, Episode 1 by Anna and Steve Sheinkin Mining Your Memories, Two Steps Back Days, and A High Five for Glenn Burke by Phil Bildner →