Home » Author Posts » Stretch Out Like a Starfish by Lisa Fipps 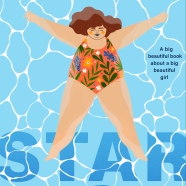 Starfish is a middle-grade novel in free verse about eleven-year-old Ellie, who’s relentlessly bullied about her weight. It’s not my actual life story, but a variation of every mean thing said or done to Ellie happened to me when I was a child. People hurled hurtful words at me every day. Every day. And let’s be honest: Just kidding and Can’t you take a joke are euphemisms for bullying. 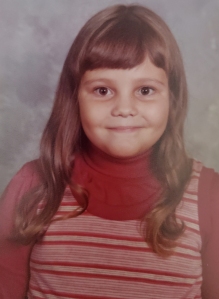 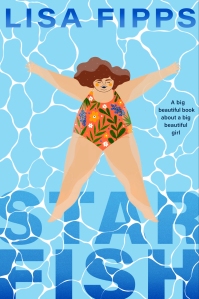 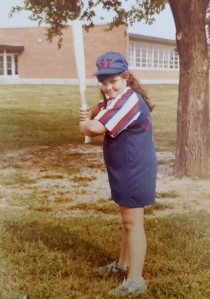 I wrote Starfish because I needed this book when I was a kid. I want the millions of children worldwide who are overweight to know that someone understands what they’re going through.

Growing up, I, like all overweight children, quickly realized society has unspoken Fat Girl (or Boy) Rules that I had to live by. This excerpt illustrates the first ones Ellie learns.

to be seen or heard,

to take up room,

Ellie talks about fatphobes. Fat phobia exists—even though more than seventy percent of Americans are overweight or obese.

In addition to being bullied at school, Ellie’s bullied at home. While parents may think that making comments about a child’s weight helps motivate the child to lose weight, research shows it’s harmful. That’s why I made Ellie’s mother her biggest bully. She puts Ellie on her first diet when she’s four; inventories the food and checks the trash, looking for signs Ellie’s cheating on her diets; tapes weight-loss articles to the refrigerator; and takes Ellie to doctor after doctor as she tries to “fix” her. There’s no escape from this pressure at home, because even though her father accepts Ellie as she is, this just leads to constant fighting between her parents.

With no peace to be had anywhere, Ellie seeks refuge in the pool. There she can feel weightless in a fat-obsessed world. There she can stretch out like a starfish and be limitless.

Fortunately, Ellie is able to find some allies—one being her wonderful therapist. Dr. Wood helps Ellie learn how to deal with bullies, including her mom, with honesty instead of anger and to realize she doesn’t need to live by the Fat Girl Rules. Lots of kids could use a Dr. Wood in their lives. Children often endure so much all on their own because no one realizes just how much they’re struggling.

Although most people know that overt discrimination based on race, ethnicity, sexual orientation, and disability is wrong, fat people are still easy targets because it’s the last socially acceptable prejudice. TV shows and movies regularly make fun of overweight characters. Social media is full of hurtful memes.

My hope is that Starfish will start to change that. My dream is that, one day, no one will be bullied because of their size—or for any reason. But until that day comes, I want kids to know that, no matter what size they are or who they are, they are loveable and deserve to be treated as if they’re valuable people. Because they are.

Most of all, I want kids to realize, just like Ellie does, that when the world tries to make you feel small, Starfish!

Starfish is Lisa Fipps’ debut middle-grade novel. She is the Director of Marketing for a public library in Indiana. She was formerly an award-winning journalist.

Like Loading...
← Geeking Out in Middle Grade by Sam Maggs Rewrite the Rules of Reading by Jen Kleinknecht →