Home » Author Posts » A FOOTPRINT IN TIME by Lucinda Robb

A FOOTPRINT IN TIME by Lucinda Robb 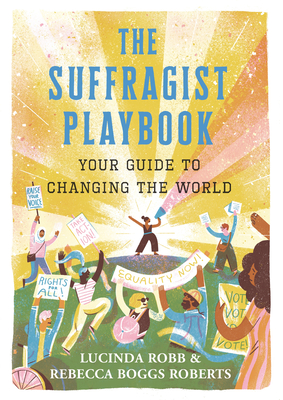 I love history, and always have for as long as I can remember. It is a love fostered by my mother, who for years dragged her children to every stately home, castle, cathedral and landmark she could find, with the full conviction that this was simply THE most fun we could possibly be having on vacation. Just a few minutes after arriving, she would say something along the lines of “Well, you know about so and so, don’t you?” And pretty soon she’d be deep into the palace intrigue, a trail of other tourists lingering not so subtly within earshot, anxious to hear more.

But when I was growing up, the history books that I remember were… something less than engaging. There was a vast gap between the sanitized portrayals of famous people that you used for school reports and the more academic histories written for an adult audience. If you wanted to learn about the past and have fun doing it, the place to go was historical fiction.

My preferred departure zone was the ancient world. I sought out stories that could transport me to another time and place, where you could immerse yourself and burrow under the covers only to lift your head several hours later, a little stiff and vaguely surprised to be back in the 20th century.

They also had to be well researched (and it goes without saying well written). That’s the key. You can tell if an author really feels at home in the time frame and place they are writing about. Too often it is just window dressing – costumes and backgrounds – without any real understanding of what the age at hand was like. Enough with the let’s pretend! I wanted history to come alive, to breathe.

So it was a great delight when sometime between elementary and middle school I discovered two writers whose works not only breathed history, but gasped and heaved it as well.

Go to the back room, turn left at the first stack of bookshelves, walk down the row about half way, and look on the bottom shelf.

Decades later, I can still remember where to find Rosemary Sutcliffe’s books in the Dolly Madison Public Library. On each visit I would head straight there, hoping to find a new title. Her works spanned the history of the British Isles from the Bronze Age to the 18th century, but The Eagle of the Ninth, about a centurion in Roman Britain, was my favorite.

Painted on her pages was a full landscape, along with sounds and smells. You could imagine that you were there on a cold, damp night, with an empty belly and a thrall’s ring chaffing around your neck, creeping towards the fire to hear a visiting bard.

What made her books so different, along with an impressive attention to historical accuracy, was that you never quite knew for sure if the main character would be alive at the end. Even when her protagonists did prevail there was still regret and wistfulness. Which made perfect sense. Nobody said growing up in antiquity was going to be easy.

She wasn’t afraid to plunge headlong into the action, confident you could follow along. Just a few pages into Mark of the Horse Lord and the hero is fighting his former friend to the death in the colosseum, solely to put on a good show for the new Roman governor. But they were also girded with a portrayal of daily life. They had a whiff of the Little House on the Prairie realism – with chores, changing seasons – except that you might get kidnapped at any minute by Viking raiders.

From Sutcliffe I soon found my way to Mary Renault’s The King Must Die, the story of Theseus told as if he had really lived. Like a lot of elementary school kids, I went through a big mythology phase. The gorgeously illustrated D’Aulaire’s Book of Greek Myths remains a favorite to this day, but I also loved Egyptian, Norse, Mayan myths, and any other culture with an expansive set of gods (because let’s face it, monotheism was significantly less interesting). The idea that the myths could be based on actual events – not just made up fairy tales – was absolutely mind blowing.

If you haven’t read it, The King Must Die is the original Hunger Games, with a tribute of fourteen Athenian boys and girls chosen by lottery to go dance, and die, in the bull court of Crete in front of a cheering crowd. Narrated in first person, Theseus is full of a young man’s pride, impulsive and prone to act first, think later. He is also a preternaturally talented leader, with believable (if not always admirable) motivations.

At thirteen I didn’t know about the archaeological discoveries unearthed at the Palace at Knossos, or the anthropological theories of Robert Graves and James Frazier, or any of the other research Renault did for her books. I just knew that it all felt real. I was there with Theseus in an arena of screaming fans, naked and bleeding after being gored but struggling to stay on his feet, because if you lie down on the bull court, your blood is for the goddess.

Renault didn’t write for children, and her antiquity was filled with violence, sex, and a decidedly non-modern perspective. But as a teenager it worked for me because along with the whole mythology angle, her hero Theseus is very young – still not twenty by the end of The King Must Die – and her writing, while vigorous, is anything but graphic. To this day I still don’t know what bloody object the sleeping Ariadne was holding in her hand which causes a horrified Theseus to abandon her on Naxos. The ambiguity makes it even more chilling.

Devouring her other historical novels brought me my first impressions of Socrates, Plato, and Alexander the Great, and through them I discovered the political and artistic cultures of Athens. The specificity of her details – woven into the narrative seamlessly – stayed with me long after I finished reading –and in many cases re-reading–them. In The Last of the Wine, the narrator is in the agora (marketplace) and happens to see a message scrawled in the ground that says “follow me.” It is made by the imprint of a prostitute’s sandal.

Years later, in a college course on Women in the Ancient World taught by the great classical scholar Froma Zeitlin, I encountered an original text (in translation of course) describing that exact same footprint. The black and white words on paper melted away, and I was transported back in time, both to Athens and to my childhood.

Lucinda Robb is the co-author of The Suffragist Playbook: Your Guide to Changing the World. She is on the board of the National Archives Foundation, where she wandered deep in the stacks. She loves to visit historical sites but is thankful to live in an age with modern plumbing.

Like Loading...
← Cover Reveal: Sarah’s Solo by Tracy Brown, illustrated by Paula Wegman THERE IS NO SUCH THING AS STANDARD ENGLISH by Rebecca Boggs Roberts →