Posted by CBethM on December 2, 2020 in Book News | Leave a comment

AudioFile’s 2020 Best Young Adult audiobooks offer a wide range of stories for teen listeners. Each are AudioFile Earphones Award winners, and they showcase the incredible talent of the narrators and creativity of the authors. Skilled narrators use their evocative performances to draw listeners into rich fantasy worlds, revisit historical moments, and to help listeners empathize with impossible situations. Two of the titles on this year’s list are narrated by the authors themselves, who draw on their own lived experiences and extensive research to breathe life into their words. A closer look at the list reveals multiple titles in verse, illustrating the power of hearing poetry read aloud. I’m thrilled to have the chance to tell you more about why each of these audiobooks earned a spot on AudioFile’s list of 2020 Best Young Adult audiobooks. 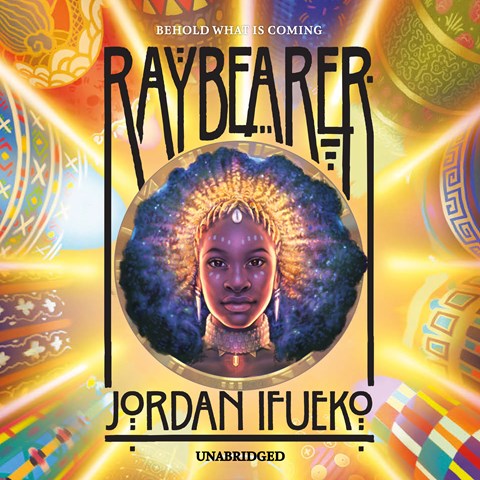 Joniece Abbott-Pratt’s evocative narration makes for an incredible introduction to a new fantasy series from Jordan Ifueko. Tarisai has spent her childhood in isolation and suddenly is thrust into the courtly world of Aristar. She gains a prestigious role there and helps bring power to the empire and its prince—but her mother has cursed her with a violent purpose that soon comes to light. Tarisai’s pursuit of justice and sense of belonging are beautifully interwoven with Ifueko’s explorations of power, society, and family. Tarisai continues her training as a member of the prince’s court and delves deep into the secrets of the corrupt capital. Abbott-Pratt’s richly expressive characterizations imbue a fascinating cast with warmth and complexity, and her expert delivery makes this an audiobook not to be missed—you’ll be desperate for the next in the series as soon as it ends! 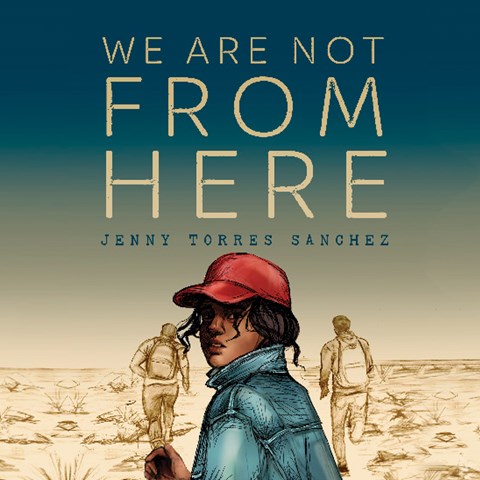 WE ARE NOT FROM HERE

Our next audiobook takes us from fantasy to realistic fiction centered around immigration and the fight to survive. In Jenny Torres Sanchez’s audiobook, three teens have to rely on one another as they flee the dangers at home. Narrator Marisa Blake portrays the cruelty and menace of Rey, a gang leader, toward three teens. Blake’s depiction of the terror he evokes in them as they flee him and their home in Guatemala is heartbreaking. Pulga, Chico, and Pequeña decide to escape to America via La Bestia, a dangerous train to the north. Blake’s narration captures the fast-moving plot and all the conflicting emotions along with the interwoven Spanish words and phrases. 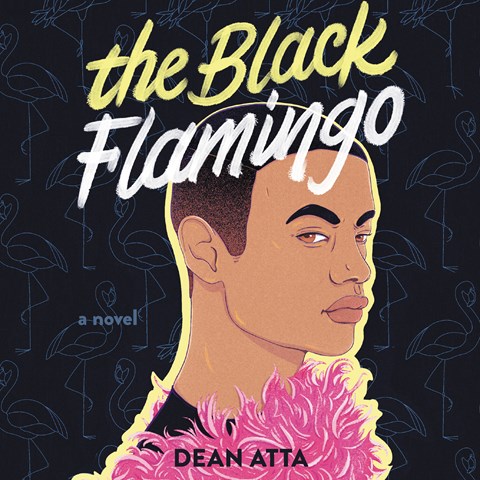 THE BLACK FLAMINGO is another beautifully narrated realistic fiction novel, with a very different tone. Dean Atta’s skill as a spoken-word performer is clear as he narrates his novel in verse, which features an intimate, empowering portrayal of a Black gay teen’s coming of age. Michael is growing up in London, and he feels challenged in a society where he’s othered for his Blackness, his gender expression, and his sexuality. The rawness of that pain is apparent in Atta’s narration. Michael is finally able to find a sense of freedom at university through his spoken word poetry and his flamboyant and unabashed drag persona. Atta narrates with a soft tone and contemporary British accent that give the audiobook a personal and conversational feel, while also amplifying all of the intense emotions. An outstanding and affirming debut. 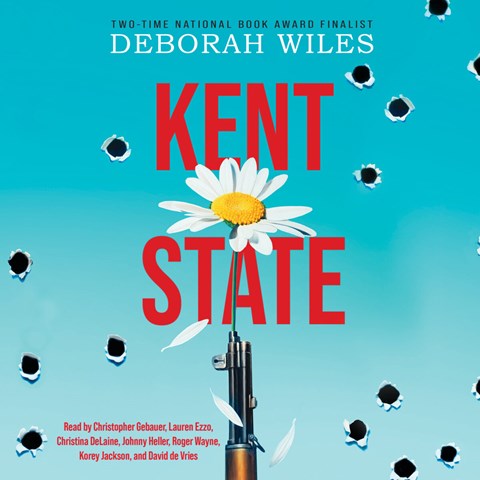 In KENT STATE, Deborah Wiles and a full cast of talented narrators come together to make an honest fictional account of what transpired at Kent State university on May 4, 1970. This grim history is detailed in verse, describing how four young people were killed and more were shot by the National Guard while an anti-war protest was going on. The narrators give voice to a range of witnesses who each have a unique perspective on exactly how things transpired. Listeners hear the truth as perceived by students, by the townies, by the national guard, and others. It’s a historical event that will resonate with teen listeners, who are seeing and participating in protests across the country today. 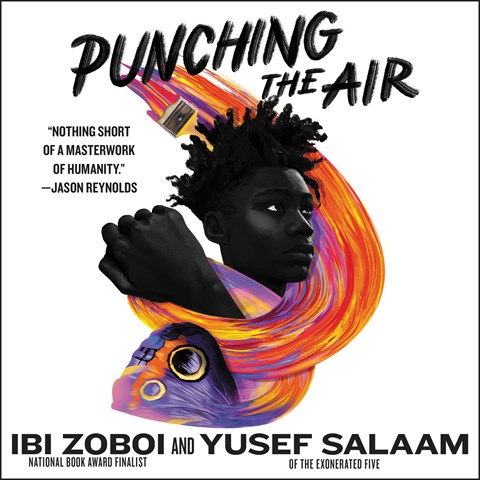 The fact that three of our Best YA Audiobooks are novels in verse speaks to the power and emotional impact of hearing poetry aloud. This third novel in verse is written by two friends, the award-winning author Ibi Zoboi and poet Yusef Salaam, one of the Exonerated Five who was wrongly accused of assault and imprisoned as a child. Ethan Herisse, who narrates this moving audiobook, starred as Yusef in “When They See Us,” Ava DuVernay’s acclaimed television series chronicling the story of the Exonerated Five. PUNCHING THE AIR isn’t Yusef’s story, centered instead around the fictional character Amal Shahid. While his story is fiction, many of the details of what it feels like to be imprisoned as a child are drawn from Yusef’s time in prison and bring a chilling authenticity to the story. Herisse narrates with a tender voice, helping listeners imagine the sensitive shapes and perfect rhythms drawn and written by the 16-year-old artist-poet before he was incarcerated. Herisse expresses Amal’s passion for creativity and how it helps him endure the beatings and solitary confinement. It’s a gripping, powerful listen for teens and adults, and especially impactful on audio. 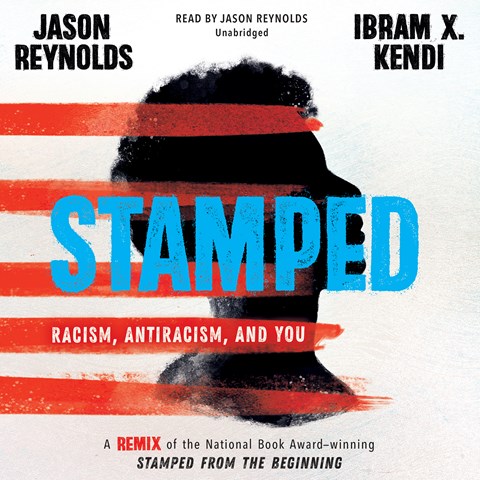 Our list ends with one of the year’s most impactful works, Jason Reynolds and Ibram X. Kendi’s collaborative STAMPED: Racism, Antiracism, and You. Jason Reynolds adapted Kendi’s STAMPED FROM THE BEGINNING, remixing it for a younger audience, and together they have created essential listening for teenagers and adults alike. Kendi narrates the introduction in a serious tone, and explains segregationist, assimilationist, and antiracist ideas. Reynolds revisits those terms throughout the audiobook, which is centered on racist ideas and policies throughout history & today. Reynolds writes and speaks directly to younger listeners in an engaging and open style, and his rich voice and pacing make him especially good at carrying listeners through difficult concepts. STAMPED not only teaches teens to be critical thinkers, but encourages them to take action.

Jason Reynolds was interviewed for our podcast, and he discusses writing and narrating STAMPED along with his other works: https://www.audiofilemagazine.com/blog/talking-with-jason-reynolds/

Check out all of the titles to make the AudioFile Best Audiobooks of 2020 list at https://www.audiofilemagazine.com/best-audiobooks-2020/ .