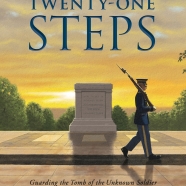 The Blessing of Tomb Guard Values by Jeff Gottesfeld

I give a lot of credit to my parents for their guts. Or maybe they were just trying to find respite, since by end of my first grade, we were three boys under age six at home in Teaneck, N.J., and another on the way. Whatever their motivation, in June of 1963 they put me on a plane to Boston, and then a three-hour bus ride to Naples, Maine.

I’d be there for eight weeks. Takajo would be my summer destination for nine years. At one point, all four Gottesfeld boys were campers.

I learned so many skills there. That I can sail, canoe, fish, and shoot arrows today is thanks to this camp. There were endless sports, and also a camp playhouse, arts studios, a zoology center, and library.

We campers were 99.9% Jewish. Our counselors were everything, from everywhere.  Among them was a young John Edgar Wideman, now one of the world’s foremost African-American authors. He encouraged me when I wrote a daily column in the mimeographed camp daily newspaper.

Like I said, I was lucky. Lucky to make friends, and also some enemies. I learned that’s how life goes. It isn’t always fair.

I was luckiest of all for the Camp Takajo arch.

Going or coming, you went through the arch. On the sides of that arch were twelve ideals and values meant to shape camp life. 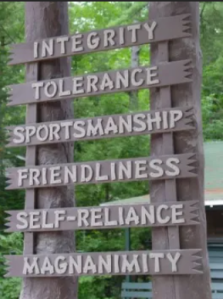 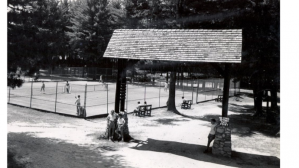 Ideals are just that. Ideals. In practice, we rarely attain them. I surely don’t. There were times when Takajo did not. But our failures — like taking joy in others’ troubles, shirking responsibility, not looking out for each other, or putting hate before love — do not make ideals useless.

It makes them more important.

I think Takajo ideals are one reason I loved non-fiction about people as a kid, and why I write it now. True stories are often about grappling with life. Succeeding, failing, and striving. In fact, the three books that touched me the most growing up were all non-fiction. 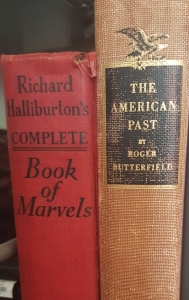 Richard Halliburton’s The Book of Marvels (1937).

Roger Butterfield’s The American Past (1947).

They belonged to my folks. I loved to raid their small bookcase. Fortunately, they believed no book there could harm me.

Book #1 was Halliburton’s. He flew the world in his small airplane. He took pictures and told true stories of courage, friendship, and integrity, going back to the time of the ancients.

Book #2 is Butterfield’s. Filled with photos and political cartoons, he told true stories of America – of ideals named, sought, and too often betrayed.

Book #3 is White’s. He told of the early days of World War II in the Pacific, when Japan rolled our military, and servicemembers faced the real possibility of the ultimate sacrifice.

These books were and are touchstones. I own copies today. I thought of them on Memorial Day five years ago, when I visited the Los Angeles National Cemetery.  (If you have never been to a national cemetery, go. You will be better for it.)

I was wandering amid the 84,000 uniform headstones when I passed one marked “Unknown.” And then, another.  I flashed to Halliburton. Butterfield. White. And then, to my own first visit to the Tomb of the Unknown Soldier at Arlington National Cemetery, when I was 18. There had been a big crowd on the plaza that day, to watch the changing of the guard. Like everyone, I marveled at the Tomb Guard’s precision, exactitude, discipline, and devotion.

That’s when I got the idea for Twenty-One Steps, just released from Candlewick Press, with amazing art by Matt Tavares.

The Tomb of the Unknown Soldier is the closest thing there is to an American shrine. What was it about? What was its history? Values? Ideals? Who were the men and women guarding it 24/7/365, in storm and sun, before many, few, or none? What drove them?

Colin talked at length about his own path to enlisting, how difficult it is to become a Tomb Guard, the Tomb Guards’ quest for perfection in their duty as a tribute to the Unknown Soldiers, and his own two years “on the mat.”

Then, he sat back, looking pensive.

“You know, guys,” he said (and I paraphrase a bit). “Some people ask me if it isn’t too much: the uniform, the marching, the heel clicks, all the twenty-ones, the spacing of the medals, the buck strap, the five hours of shoe-shining a day. Then I look at the Tomb and remember, ‘We give two years. He gave everything.’”

Colin was talking about sacrifice. That’s a Tomb Guard value. There are others. 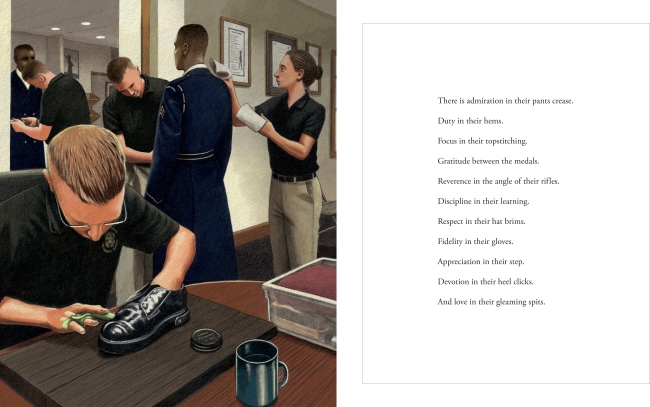 And love.  Even in their gleaming shoes.

Day after day. Even in the dark of night, when no one is looking.

Remember this: For almost a year, there have been no visitors to the Tomb of the Unknown Soldier, as the nation seeks to keep people safe from Covid-19. Yet the Tomb Guards maintain their vigil, counting off silent twenty-ones in salute to those who gave everything to their co

untry, even their names and faces. Their standard is perfection. Even when no one is looking.

Especially when no one is looking.

Soldiers of the 3rd Inf Reg. continue to stand guard at the Tomb of the Unknown Soldier, despite the worsening weather conditions surrounding Hurricane Sandy.

Tomb Guards express ideals and values in everything they do. They’re what I write about, and what Matt Tavares so brilliantly illustrates, in Twenty-One Steps. Theirs is a quest for perfection, in tribute to Unknown soldiers who gave all.

That quest, and Tomb Guard values, are as much an inspiration to me today as Takajo ideals were when I was a boy.

We, and I, will fail far more often than we succeed. But we can still strive, inspired by what is possible, if only we try.

Jeff Gottesfeld is an acclaimed writer whose work has won awards from the American Library Association, the Writers Guild of America, and the National Council for the Social Studies. He has previously written for adult, teen, middle-grade, and picture book audiences. Jeff Gottesfeld is based in Los Angeles.