TIME FLIES: DOWN TO THE LAST MINUTE

The 3rd Book in the 7 ATE 9/PRIVATE I Series

7 ATE 9 began with a brainstorming exercise; I wanted a punchline for a title. What’s a punchline that every elementary school kid immediately recognizes? Then it hit me like a ton of class clowns: Why was six afraid of seven? Because seven ate nine!

Suddenly, I imagined a thriving city full of anthropomorphic numbers, happily going about their day, except for 6. Then the image of Private I drifted in on a ring of cigarette smoke. (An imaginary ring, of course—I don’t smoke.) Decked out in fedora and tie, Private I features all the drippings of a classic noir gumshoe. The first draft spilled out in a few hours.

Once 7 ATE 9 hit bookstores, it began selling well, so I decided to work on a sequel. Since I had written about numbers first, the next subject became obvious: letters. Titles like THE UPPER CASE and CAPITAL CITY shouted at me, but I couldn’t get the tale to work. Weeks and months went by, but I had nothing. Then I realized that letters and words needed punctuation to make sense, and as luck would have it, that’s exactly what the story needed, too. (Maybe the shouting was a clue!!!)

When editorial read the sequel, they not only made an offer for THE UPPER CASE, but also for an unwritten third story in the series.

Let me make that clear: UNWRITTEN. Sure, it’s fabulous to get a two-book deal, but it’s also daunting and nerve-wracking for one of those stories to be non-existent, floating somewhere in the ether. I’ve already done numbers, letters and punctuation! Would could possibly be next???

To find out, I went back to elementary school. What are kids learning in K-3rd grade? What’s part of their everyday life? Then the class clowns struck again: How do you make time fly? By tossing a clock out the window!

Young students are learning to tell time, plus the clock on the classroom wall dictates everything they do—math, reading, lunch, P.E., dismissal. Time was a fitting subject for the third book.

Time had to be a problem for someone in CAPITAL CITY for the story to work, and I eventually found the character. Time puns came shooting out, and I’m most proud of the final lines of the story because they were unexpected—I didn’t plan them, really!—and yet the perfect way to bring the series to a close. Private I can relax at last… 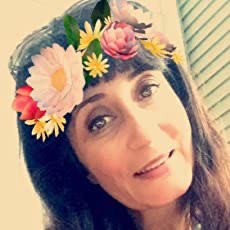 TARA LAZAR is the author of a dozen books, most recently ABSURD WORDS, BLOOP, and TIME FLIES: DOWN TO THE LAST MINUTE. She’s the creator of the #Storystorm brainstorming event for writers and the co-chair of the Rutgers University Council on Children’s Literature (RUCCL) annual conference, now in its 53rd year. She Tweets hilariously @taralazar, posts occasionally on Insta @taralaser, and features new books & picture book guidance often at taralazar.com.

Like Loading...
← What makes a physicist? by Dr. Eve Vavagiakis Who Invented TV Video Gaming? And Will His Story Inspire My Kid to Read? by Kate Hannigan   →