Home » Author Posts » Our Boys Are Not Okay by Melanie Conklin 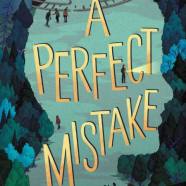 Our Boys Are Not Okay by Melanie Conklin

Last year, I overheard a conversation between my twelve-year-old son and his close male friends that alarmed me. They were talking about Tiktok challenges and how each of them had been pressured into doing something they knew was wrong by their peers. They liked the attention they got from doing these social media challenges, but none of them felt good about what they had done. They didn’t enjoy getting in that much trouble, being suspended, or disappointing their parents, but the pressure to conform was intense.

At the core of this pressure is the expectation for boys to behave in ways that are seen as masculine and strong. Toxic masculinity pressures men and boys to conform to unhealthy stereotypes of what it means to be a man, as defined by our societal gender norms. Boys are expected to be tough, aggressive, emotionless, and dominant. Those qualities are often depicted positively in our sports, entertainment, and social media. These days, children spend so much time on social media that this negative messaging can overcome positive influences.

What happens when a boy gives in to bro culture and destroys a bathroom fixture to impress his friends on social media? That child may suffer punitive consequences for his actions, but he’s also likely to receive lots of positive feedback on social media and among his friend group. Those dopamine hits are simply too powerful for an immature frontal lobe to resist. That’s why it is our responsibility as adults to recognize toxic masculinity and dismantle it whenever we encounter this negative messaging.

We must reject the notion that “boys will be boys,” because the consequences of not doing so are dire. Teenage boys who emotionally isolate and develop aggressive tendencies become young men who can do harm to others. We see this every day in America. We are reckoning with the price of our inaction every time another young man acts out in violence.

Every boy deserves the chance to learn and grow beyond the negative stereotypes they have encountered, but they cannot reach that healthy emotional balance without our support. Research suggests that we must use a trauma-informed approach to dismantle the traits of toxic masculinity, which makes sense, because our boys have been hurt by this messaging. They are made to feel powerless by bullies, pressured by friends, and rejected by coaches throughout their young lives. We must work actively to undo that damage with careful, thoughtful introspection and support.

This is a large part of why I wrote my first male protagonist in my upcoming novel, A PERFECT MISTAKE. I wanted to write a book about a boy with feelings, a boy who is learning to express those feelings in positive ways with his male friends. I wanted to write a book that shows what can go wrong when toxic masculinity rages unchecked, and how devastating that can be for a community. I wanted to write a story that will give young readers the space to think about what it means to be a man and what kind of person they want to be.

Melanie Conklin grew up in North Carolina and worked as a product designer before she began her writing career. Her debut middle grade novel, Counting Thyme, is a Bank Street Best Children’s Book, winner of the International Literacy Association Teacher’s Choice Award, and nominated to four state reading lists. She is also the author of Every Missing Piece, A Perfect Mistake (2022), and her picture book debut, When You Have to Wait (2023). When she’s not writing, Melanie spends her time doodling and dreaming up new ways to be creative. She lives in New Jersey with her family. Connect with her on her website http://www.melanieconklin.com or on twitter at @MLConklin.

A moving, voice-driven novel about friendship, responsibility, and fighting against unfair expectations, for fans of Rebecca Stead and Erin Entrada Kelly.

Max wishes he could go back in time: to before he was diagnosed with ADHD, before he grew to be the tallest kid in his class, and before he and his best friends went into the woods in the middle of the night. Max doesn’t remember what happened after he left his friends Will and Joey and the older kids who took them there. He’s not sure if he wants to remember. Knowing isn’t going to make Joey talk to him again or bring Will out of his coma.

When the local authorities run out of leads, Max realizes that without his help, they may never know what really happened to Will. Charged by the idea that he may be the key to uncovering the truth, Max pairs up with classmate and aspiring journalist Sam to investigate what really happened that night. But not everyone in the community wants that night to be remembered.

Credits for the trailer are as follows:

Like Loading...
← HOW TO CREATE A LIFELONG BOOK CLUB IN SEVEN EASY (WELL, NOT ALWAYS SO EASY) STEPS by Chris Rylander Why I Wrote ‘Twas The Night Before Pride by Joanna McClintick →