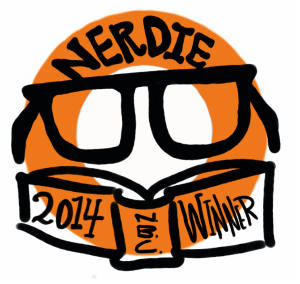 Flora and the Penguin by Molly Idle

Hooray for Hat by Brian Won

My Teacher Is a Monster by Peter Brown

Nana in the City by Lauren Castillo

Once Upon an Alphabet by Oliver Jeffers

The Adventures of Beekle: The Unimaginary Friend by Dan Santat

The Book With No Pictures by B.J. Novak

The Farmer and the Clown by Marla Frazee

The Girl and the Bicycle by Mark Pett

The Most Magnificent Thing by Ashley Spires

The Pigeon Takes a Bath by Mo Willems

The Troublemaker by Lauren Castillo

Elizabeth, Queen of the Seas by Lynne Cox, Illustrated by Brian Floca

Eye to Eye: How Animals See the World by Steve Jenkins

Feathers Not Just for Flying by Melissa Stewart, Illustrated by Sarah S. Brannen

Mr. Ferris and His Wheel by Kathryn Gibbs Davis, Illustrated by Gilbert Ford

Separate is Never Equal: Sylvia Mendez and Her Family’s Fight for Desegregation by Duncan Tonatiuh

Shooting at the Stars: The Christmas Truce of 1914 by John Hendrix

Star Stuff: Carl Sagan and the Mysteries of the Cosmos by Stephanie Roth Sisson

The Iridescence of Birds: A Book About Henri Matisse by Patricia MacLachlan, Illustrated by Hadley Hooper

The Pilot and the Little Prince: The Life of Antoine de Saint-Exupéry by Peter Sís

The Right Word: Roget and his Thesaurus by Jen Bryant & Melissa Sweet

The Scraps Book: Notes from a Colorful Life by Lois Ehlert

Tiny Creatures: The World of Microbes by Nicola Davies, Illustrated by Emily Sutton

My New Friend is So Fun! by Mo Willems

Waiting is Not Easy by Mo Willems

The Chicken Squad: The First Misadventure by Doreen Cronin

Marty McGuire Has Too Many Pets by Kate Messner

Like Carrot Juice on a Cupcake by Julie Sternberg

Beetle Busters: A Rogue Insect and the People Who Track It by Loree Griffin Burns

How They Choked: Failures, Flops, and Flaws of the Awfully Famous by Georgia Bragg

Port Chicago 50: Disaster, Mutiny and the Fight for Civil Rights by Steven Sheinkin

Red Madness: How a Medical Mystery Changed What We Eat by Gail Jarrow

The Family Romanov: Murder, Rebellion, and the Fall of Imperial Russia by Candace Fleming

This Star Won’t Go Out: The Life and Words of Esther Grace Earl by Esther Earl

Bird and Squirrel on Ice by James Burks

Lowriders in Space by Cathy Camper and Raul Gonzalez

Return of Zita the Spacegirl by Ben Hatke

The Shadow Hero by Gene Luen Yang and Sonny Liew

This One Summer by Mariko Tamaki and Jillian Tamaki

Through the Woods by Emily Carroll

Poetry and Novels in Verse

Dear Wandering Wildebeest: And Other Poems from the Water Hole by Irene Latham, illustrated by Anna Wadham

How I Discovered Poetry by Marilyn Nelson, illustrated by Hadley Hooper

On the Wing by David Elliott, illustrated by Becca Stadtlander

Poisoned Apples: Poems for You, My Pretty by Christine Heppermann

The Crossover by Kwame Alexander

Water Can Be… by Laura Purdie Salas, illustrated by Violeta Dabija

Winter Bees & Other Poems of the Cold by Joyce Sidman, illustrated by Rick Allen

Boys of Blur by N.D. Wilson

Circa Now by Amber McRee Turner

Courage for Beginners by Karen Harrington

The Fourteenth Goldfish by Jennifer Holm

Half a Chance by Cynthia Lord

The Mark of the Dragonfly by Jaleigh Johnson

A Snicker of Magic by Natalie Lloyd

The Boundless by Kenneth Oppel

The Ghosts of Tupelo Landing by Sheila Turnage

The Meaning of Maggie by Jean Sovern

The Night Gardener by Jonathan Auxier

The Riverman by Aaron Starmer

The Secret Hum of a Daisy by Tracy Holzcer

The Witch’s Boy by Kelly Barnhill

Upside Down in the Middle of Nowhere by Julie Lamana

West of the Moon by Margi Preus

Gabi, A Girl in Pieces by Isabel Quintero

Glory O’Brien’s History of the Future by A. S. King

How It Went Down by Kekla Magoon

I Kill the Mockingbird by Paul Acampora

I’ll Give You the Sun by Jandy Nelson

Love Letters to the Dead by Ava Dellaira

Plus One by Elizabeth Fama

The Infinite Sea by Rick Yancey

The Secret Sky: A Novel of Forbidden Love in Afghanistan by Atia Abawi

The Story of Owen by E.K. Johnston

The Summer of Letting Go by Gae Polisner

The Young Elites by Marie Lu

To All the Boys I’ve Loved Before by Jenny Han

We Were Liars by E. Lockhart

When I Was the Greatest by Jason Reynolds

*There is a second YA Fiction post that you can access at the bottom of the one linked above.