Valarie Budayr from Jump Into a Book and I , Mia at PragmaticMom, would like to invite you all to join us in a celebration of Multicultural Children’s Books on January 27th, 2014.

I just read a research brief from the Center for Media Research that says the newest generation is to be called Plurals: America’s Last Generation With Caucasian Majority.

This change feels seismic to me but not surprising. I grew up in Southern California, after all! My multi-racial kids will fit right in. They are 1/4 Chinese, 1/4 Japanese and 1/2 Korean and completely 100% American.

And yet, while there are Asian American children’s books being published such that I can almost claim that they are a new genre, they still don’t reflect the experiences of 3rd generation (or 4th or 5th) Asian American kids. That doesn’t surprise me. Despite changing ethnicity demographics, the children’s book publishing world has not kept pace according to Jason Lee of Lee and Low Publishing.

What to do? Valarie and I thought we’d start a day to celebrate diversity in children’s literature in hopes that more wonderful Multicultural books will end up in the hands of kids and thus Multicultural Children’s Book Day was born!

I thought I would highlight some of my favorite multicultural children’s books that I’ve read recently.

Knock Knock: My Dad’s Dream for Me by Daniel Beaty, illustrated by Bryan Collier

I am hoping this will get a Caldecott nod! Daniel Beaty is an award-winning actor, singer, writer and composer. When he was very young, his father was incarcerated and Daniel reeled from the shock losing his father in his daily life.

As part of his healing process, he began to deal with his loss, first with a slam poetry performance which resulted in this picture book. It’s the words that he wished he had heard from his father. This powerful picture book can be also be healing for any child who has lost his or her father due to divorce, incarceration or even death.

The illustrations by Collier are sensitive and support the story beautifully through subtle color palette changes, reflecting the mood of the young boy in the story as he grows up. [picture book, ages 4 and up]

I also loved The Problem with Being Slightly Heroic by Uma Krishnaswami. It could not be more polar opposite from Knock Knock, but the tie is this: Uma Krisnaswami posted on the idea of diversity in children’s books, musing if Multi-Cultural books for kids are dead.

She writes, “I have given up using the term “multicultural.” I think its overuse has reduced it to a cliché. Also, in my opinion, it’s imprecise. You can describe a collection of books as “multicultural” if it contains titles from many cultures but how on earth can the term describe a single book grounded in a single culture, or even a book with elements of cultural fusion or blending?”

I can see her point but I think the first order of business is just to get more diversity books for kids. And Uma’s own book is a perfect example of providing children with “Books Like Me.”

The Problem with Being Slightly Heroic by Uma Krishnaswami

Dini is back from India and she’s helping Bollywood superstar Dolly with her movie premier but things start to go downhill fast. The trouble begins with Dolly’s arrival at the airport where she discovers that her passport is missing!

Dini reminds of the wildly popular Clementine, from the Clementine series by Sara Pennypacker. I love that it just so happens that Dini is Asian American and the reader gets a flavor of India as seen through a second generation young girl obsessed with Bollywood films. From the rose petal shakes to Bollywood dance numbers, this is a fun escapade “Lucille Ball style” that just so happens to have girl of color as the lead. Now, if only the movie industry would take note! [chapter book, ages 7 and up] 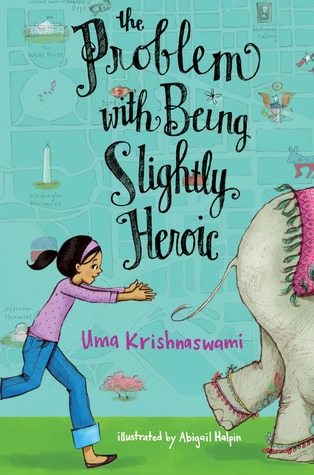 Any child of the Plural generation will find that the Marisol series reflects their multi ethnic heritage. Marisol is half Peruvian and half Scottish but very much herself and 100% unique! If you like Fancy Nancy, Marisol has the same spunk and energy.

Marisol has a birthday coming, and she is planning something special that reflects her. Most of all, she wants her grandmother in Peru to come but that is an expensive plane ticket! The surprise ending isn’t pat and reflects a modern-day high tech solution worthy of the Plural Generation! [picture book, ages 3 and up] 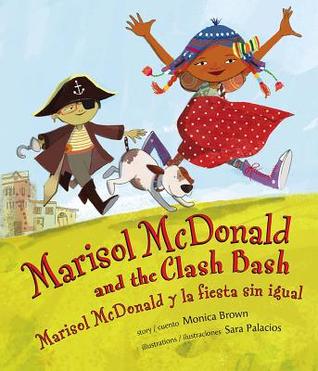 The Otter, the Spotted Frog & the Great Flood: A Creek Indian Story by Gerald Hausman, illustrated by Ramon Shiloh

It could be that this Creek folk tale added stories from the Bible into their creation myth as they had interaction with the Scots and much admired their style of dress and their oral tradition.

(And my 9-year-old son would like to make a connection — Marisol is half Scottish too!)

But I also notice a Greek mythology reference as well. Metis, Zeus’ first wife, was turned into a fly, and that’s not so different from Listener’s wife who is turned into a mosquito!

(My 3rd grade son is a huge Percy Jackson fan and therefore of Greek mythology, so thank you to him for teaching me about Metis.)

And the final message about listening and respecting Mother Earth is as prescient as ever. I hope the Plurals are taking note! 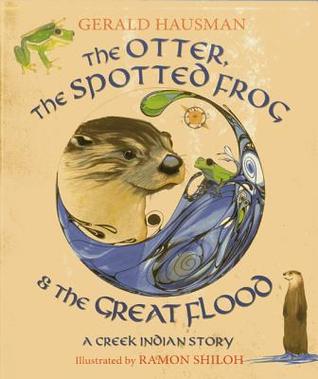 I hope that you will join us on January 27th and read a multicultural children’s book to a child in your life. We also invite you to link up your posts, join in the commentary, and share your favorites!

Together, we can put the spotlight on the need for more diversity in children’s books. We’ll need to. The Plurals are coming and they will want kids like them in the books they read!

Mia Wenjen blogs, tweets, pins and snaps excessively on children’s books at PragmaticMom. If you are looking for great multicultural books for kids, please check out our collaborative Pinterest board: Multicultural Books for Kids.

Like Loading...
← That Gasp of Recognition by Anna Staniszewski Look to the North! My Ten Favourite Canadian Illustrators and Their Books by Carrie Gelson →