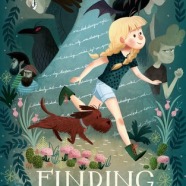 How Two Write a Novel by Heather Rose 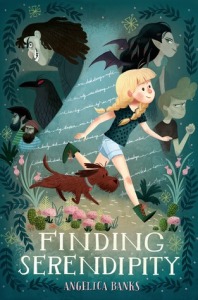 Danielle had invited me for a cup of tea. A cup of tea in Danielle’s house has a certain ceremony about it. Her six-month old twins were momentarily chortling, her 5 year old and my 9 year old had absconded to the tree house with a packet of Tim Tams, and the dog was under the table. The cups were nice cups and the tea-pot, like the dog, was wearing a hand-knitted vest. The world breathed in and tea was poured. The world breathed out and tea was drunk.

“I think we should write a book together,” she said to me.

“I’ve been thinking of this girl called Tuesday McGillycuddy.”

“She’s an only child. Loves books. Sniffs out an adventure.”

“I think she has a mother,” I said. “A mother who is the most famous writer in the world. “

And that’s where it started.

“And she goes missing?”

“And Tuesday goes after her. To try and find her?”

“Why does he have a double r?”

We’d both written award-winning novels. Ideas didn’t elude us. Danielle had been a journalist by trade and I’d been baked in the fires of advertising, so words didn’t frighten us. We’d been friends for years. Collaboration in our professional lives was par for the course. But on a novel?

We have both read countless children’s books – as children ourselves and as mothers of three children each. Danielle sites Carbonel as one of her great favourites and for me it is The Hobbit. We wanted to write a book that our own children would love – a book that was a real adventure story with a little bit of magic and a lot of courage. But as we worked away at our story it became evident that we were also creating a story that might help younger writers develop their own novel-writing skills.

Collaboration can always go wrong. We might have learned to dislike each other’s work habits. Or worse, each other’s writing. Luckily we’ve both had years of seeing our words hacked by editors and sub-editors (in Danielle’s case) and suits and clients (in mine) that any preciousness either of us may have felt about our words had long been bludgeoned out of us. If either of us felt a bit of writing wasn’t right, we trusted each other enough to re-work it. That’s where we found the real voice of Angelica Banks.

And there was magic along the way. Not only did we learn to delight in what the other person knew of this story we were creating (characters, dialogue, plot development – it was all a collaborative adventure) but there were unexpected surprises. I take great imaginative leaps over precipices and Danielle thinks to pack the parachute and the raft. I massage dialogue and Danielle strokes sentences until they purr. Where she can become paralysed by plot, I get over-excited with choices. I can write 5000 words in a day and use 5. She writes 50 words and they’re gorgeous but sometimes it takes her a week.

And then there was the literal process of sharing a manuscript between us. We used Google Docs so at any time of the day or night, wherever we were in the world, we each had access to our novel. Initially we wrote chapter about and then we crafted sections and paragraphs and finally sentences until there’s not a line in the book I can be sure is wholly mine or hers. And through all that, there was the companionship of true collaboration.

It’s an unusual thing for a writer to have company on the marathon of the novel. Once I had banged out a new section knowing it was raw and rough and full of typos, and left it at 3am too tired to do more, only to wake in the morning and find Danielle had risen early and polished the whole thing while I’d been sleeping. Similarly, one day she’d left a message in 18 point for me saying: I DON’T KNOW WHAT HAPPENS NEXT – and when she returned to it, I’d written a new chapter.

We did keep a work plan. We did meet regularly (on a Tuesday actually) and we did, as the book’s author’s note says, eat a lot of chocolate custard and strawberries. By the time we had finished, it hadn’t been any easier to write a novel together. It had still given us all the same challenges of world creation, plot development, character development, dialogue, editing etc. But we had laughed more. Our kids were three years older. Danielle had moved house. And the wearer of knitted vests, Axel Rooney, had gone to the great dog beach in the sky. We dedicated the book in part to Axel, which seemed only fitting. He’d been there from the start.

You might wonder why I wrote this article and not Danielle. Well, she’s at her family shack and we had a short deadline. It’s one of the pleasures of being Angelica Banks. There’s always someone to cover for us. And that often feels like serendipity.

Heather Rose is the author of three novels: White Heart, The Butterfly Man and The River Wife. Heather started working life as a writer before becoming an advertising copywriter in Melbourne. She has won numerous international creative awards. Her husband Rowan is a songwriter and composer and her children (now rather grown-up) all love books, reading, art and music. Heather has a cat called Chaplin, two guinea pigs and she lives by the seaside in Tasmania.

Like Loading...
← Seeing Ourselves and Seeing Others in the Pages of the Books We Read by Jess Lifshitz The Coldest Girl in Coldtown by Holly Black – Review by Meg Cannistra →