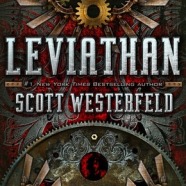 Ten Books My Students Recommended to Me by Amy Estersohn

I’m the first to admit it: I spend about as much time prowling for new books as I do reading them.  I mine the state awards list of lists when I am looking for crowdpleaser titles for tweens and teens.  I look at the lovingly maintained starred reviews Google Doc to know what the critics are talking about.  Every year I hand-enter titles from Nancie Atwell’s list, which I use to find off-the-beaten path gems.

But sometimes the simplest solutions are the best ones.  Rather than have to bend over backwards all the time to find new books, I should pay more attention to what my students are recommending to me.

Here are books that I would not have discovered were it not for student recommendations:

Off The Page by Jodi Picoult and Samantha van Leer

“I don’t like fantasy, but this one, you should read,” a lover of contemporary Young Adult romance told me.   I can appreciate why: it’s a story about a fantasy prince who comes to life as a real boyfriend.  This book allows readers to dip a toe into a fantasy genre while staying within a comfort zone. 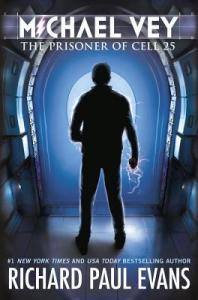 Michael Vey is a teen with Tourette’s syndrome.  His Tourette’s makes him awkward and a target for bullying.  Michael, however, also has special powers … powers that make him highly desirable.

(P.S. A great nonfiction readalike for readers curious about Tourette’s syndrome is The Keeper by Tim Howard.)

The Fixer by Jennifer Lynn Barnes

Students tell me that this book feels more like watching a TV show or a movie than reading a book.    Tess is sent to live with her estranged older sister, Ivy, who lives in Washington D.C. and seems to be the kind of person who could have a mattress delivered on a Saturday night.  Tess learns more about Ivy’s role in D.C. politics as a “fixer” and the two work together to uncover the sudden death of the Chief Justice of the Supreme Court.

I’ve gotten a lot of squeals over Raina’s graphic novel retelling of the 80’s and 90’s series about four tweens who start a babysitting business together.  I squealed when I read this one, too… only I was able to keep my squealing in my head.

The Selection by Kiera Cass

If BSC gets squeals, the Selection series gets moans, groans, and pleading, either because a) readers are so invested in America Singer’s conflict between being a randomly selected princess candidate for Prince Maxon while still secretly having feelings for a boy back home, or b) because the next books in the series are all checked out from the library.

I’ve had students recommend this book to me for two years in a row.   It situates an unwitting “math nerd” female in the heart of the FBI’s plan to stop a terrorist attack.  With adventure and romance along the way, it reminds readers that you can be proud of who you are and what you’re good at.

The Honest Truth by Dan Gemeinhart

Two friends came in to my lunchtime “office hours” asking me to adjudicate a dispute they were having about the ending of this book.  The three of us sat together, read the last 15 pages or so carefully, and used my best readerly judgement to determine that both friends were right. 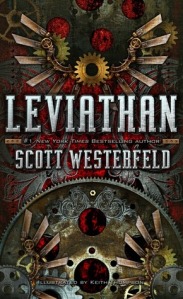 On the face of it, there’s not much about this book that would make me think it’s a good fit for a general reader: it’s long, it takes place in alternate history World War I, which my students don’t learn about until eighth grade, and it has an inventive in-world vocabulary. Nevertheless, I’ve had students chase me down the hallway to tell me how much they love this series and how much I should read it. 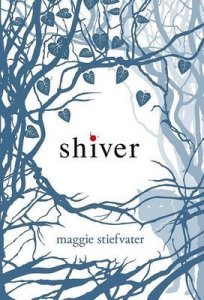 Stiefvater is a master of crafting stories of dangerous, defiant teens who do the wrong things for the right reasons.   This story gives teen readers a lens into themes like prejudice and warfare under the guise of a romance. 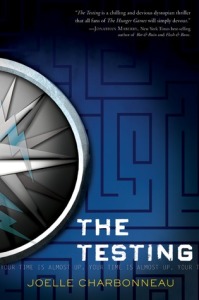 The Testing by Joelle Charbonneau

This book combines the world of cutthroat college admissions with a dystopian environment, scratching the itch for teens who constantly feel pressured to perform their best…. at least college applications don’t come with a risk of death and physical injury.

What books have your students recommended to you?

Amy Estersohn is a middle school English teacher in New York.  She read Donalyn Miller’s THE BOOK WHISPERER while she was working in web marketing.  It took four years and a few happy accidents for her to realize there was a whole community of reading educators out there, and that she could be one, too.   Reading-related tweets can be found at @HMX_MsE

Like Loading...
← The Thrill of New Books by Millicent Flake March Book Madness is Back by Tony Keefer →