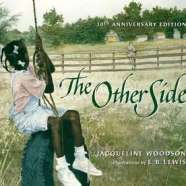 As an elementary educator I know the power picture books hold. Such books speak to our hearts and evoke strong emotions. As a result, they are a wonderful tool for starting discussions around difficult topics. Here are ten titles for talking about some challenging but important issues in our world today. 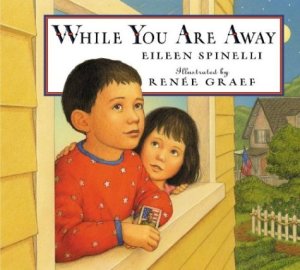 While You Are Away written by Eileen Spinelli, illustrated by Renée Graef

Three different children talking to, but not directly to, their parent who is serving in the military ‘far, far away’. A wonderful read around Veterans’ Day. It addresses how the children miss their parents but also what their parents are doing to help others. 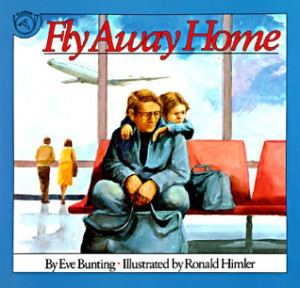 A fictional story of a young boy and his father who are homeless and living in an airport. The father works and the boy attends school. The book describes the challenges they face and the way people support and help each other even when their lives are very difficult. 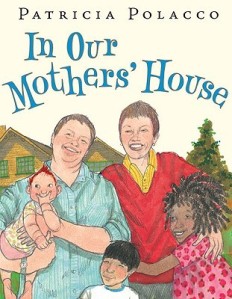 In Our Mothers’ House by Patricia Polacco

A fictional story of a family of two mothers and three adopted children. It is told from the perspective of the oldest child. Mostly it is a tale of a family. One neighbor is homophobic but it is mostly hinted at rather than directly addressed. As with most books by Polacco, it is touching and full of beautiful illustrations. 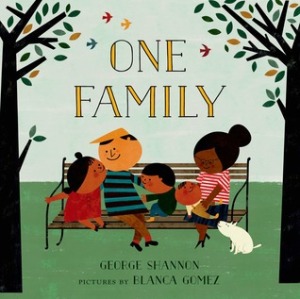 One Family written by George Shannon, illustrated by Blanca Gomez

In many ways, this is a math book, as it shows how one can be anything. One is two in a pair of shoes, for example. Each two-page spread shows one as another number, one through ten. Each ends with ‘one family’. These families are diverse, not just in number but in age, gender, and ethnicity. 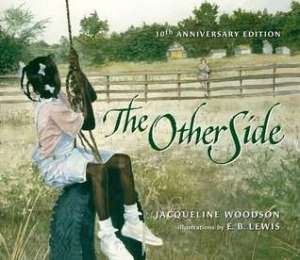 The Other Side written by Jacqueline Woodson, illustrated by E.B. Lewis

A story of a fence dividing the black and white sides of town and the two girls, one black and one white, who eventually sit on it together. It’s told from the perspective of the young, black girl who does not understand the fence and the division. It is a very hopeful story. 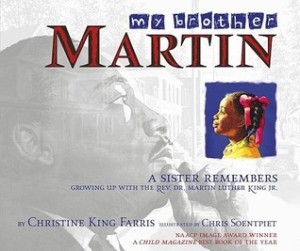 This book focuses mainly on Martin Luther King, Jr,’s childhood, showing him as a child many children will have no trouble relating to. The issues of segregation and civil rights are clear, but through the lens of children and family. This is a wonderful book for helping children see themselves as people who can be powerful. 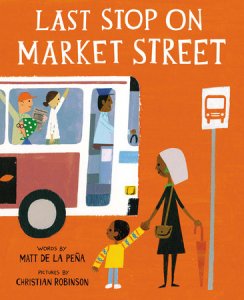 The story of a little boy and his grandmother and their different perspectives on many things as they take the bus after church to help at a soup kitchen. This book has many diverse characters, but their diversity is not the issue in the story. So often books with diverse characters are about civil rights or immigration or other issues facing people of color. This story could be about anyone. 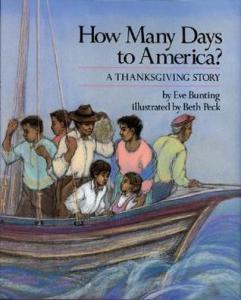 How Many Days to America? written by Eve Bunting, illustrated by Beth Peck

A fictional story of a family living on a Caribbean island who leave by boat in the middle of the night, leaving behind almost everything they own. It describes their dangerous travel to America and their eventual arrival on Thanksgiving Day. 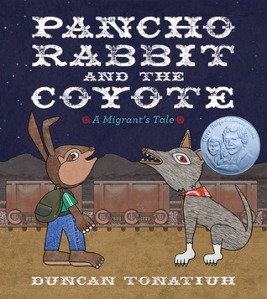 Pancho Rabbit and the Coyote by Duncan Tonatiuh

The tale of a young rabbit whose father has gone to El Norte to work in the carrot and lettuce fields. Pancho goes looking for his father and finds a coyote who offers to help him in exchange for the food he is taking to his father. They face various challenges along the way and when the food runs out the coyote decides to eat Pancho. The end is happy, but realistic. 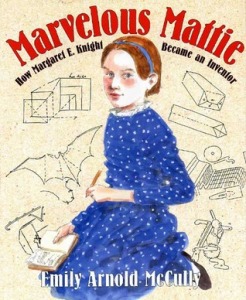 A biography of a woman living in the late 1800s who invented many things. She defied expectations as a woman, especially one with a limited school education. The book focuses mostly on her childhood and early adult years.

In our kindergarten classroom this year we have read half of these books. We probably won’t read all of them (the last two on the list are fairly challenging for young children but would be perfect in a couple of years). My students love these books for their stories and illustrations. I love them for those reasons as well, but also because they open the world to us. We have wonderful discussions every time we read these books (and we read them again and again).

Jennifer Orr teaches kindergartners in Springfield, Virginia in a classroom full of books. She is a mom to two daughters who will go nowhere without a book (often one by Rick Riordan). She’s on the web at jenorr.com and on Twitter as @jenorr.