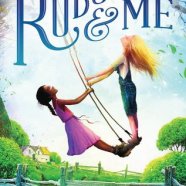 I first thought about Middle Grade books as windows and mirrors when listening to Grace Lin’s TED Talk, “The Windows and Mirrors of Your Child’s Bookshelf.” Grace says kids need to see themselves in books, like looking in a mirror. On the flip side, kids need to read about children whose lives don’t resemble theirs, as a window to the outside world. I finished listening to Grace’s talk and looked out my own window. It offers an expansive view of the city of Tampa, but when I was growing up, my window was narrow. I could see two types of people in rural North Carolina: blacks and whites. Everybody was Protestant and most were middle to lower middle class. I didn’t hear different accents. I didn’t smell Cuban coffee. I didn’t eat in Chinese restaurants. My window was narrow and so was my bookshelf.

Two children’s authors, Kate Messner and Phil Bildner have been working to expand the windows of Middle Grade books. Both have met with resistance. Kate’s novel, THE SEVENTH WISH, deals with opioid addiction. Some librarians have practiced quiet censorship and refused to buy it. That’s a shame. Children whose families are struggling with addiction need to see themselves in books and know they are not alone. THE SEVENTH WISH also has the power to prevent addiction, by speaking to kids while they are still impressionable, before they develop the armor of invincibility that comes with young adulthood.

On the other hand, Phil Bildner has found himself disinvited to school visits for recommending GEORGE by Alex Gino. GEORGE is the story of a transgender fourth grader. Like with Kate’s novel, GEORGE has the potential to be both a mirror and a window. Kids who are transgender need to see themselves in books, and kids who aren’t, need to develop empathy toward those who are.

My book, RUBY LEE & ME, deals with racism in the 1960s. When I first started writing it, I worried the topic wouldn’t be relevant for kids today. But then Trayvon Martin was shot. That tragedy repeated itself with riots in Ferguson, Missouri, and the death of Tamir Rice. Yes, racism is still present in America, and children need books that serve as both windows and mirrors to combat it.

I’ve read several books of late that deal with tough topics and contemplated what messages they have for middle grade readers. Other novels I recommend are:

I challenge each of you to take a closer look at the bookshelves in your own home. What do you see there? Will the children in your care find both windows and mirrors? Learn more by listening to Grace Lin’s TED TALK here: https://www.youtube.com/watch?v=_wQ8wiV3FVo

Shannon Hitchcock is the author of two historical novels, THE BALLAD OF JESSIE PEARL, (2013), and RUBY LEE & ME, (2016). You can connect with her on Twitter @ShanonHitchcock or through her website http://www.shannonhitchcock.com.

Like Loading...
← We Are the Ants by Shaun Hutchinson: An Appraisal by Travis Crowder Cover Reveal of Lucky Broken Girl by Ruth Behar →