The Nerdy Book Club Awards are a time of great excitement and great expense. I look forward to these awards each year, but also fear for my credit card bill by the end of them. Just getting this list for the graphic novel winners shortly before Christmas was wallet draining. There were several books I hadn’t purchased yet. Checking them out online led me down the rabbit hole of finding other books like them, adding them to my cart, and on, and on, and on.

I have a soft spot in my heart for graphic novels. My husband loves to read them, as do my boys. I’ve had a graphic novels section of my classroom for years and it is far and away the most circulated section of our library. Graphic novels have helped me reach more readers than any other format of books. Because of that, I am eternally grateful to these authors. Through their books my students have explored every genre of story. They have dipped their toes into the water of nonfiction and found that they love it. They’ve found characters to root for, fallen in love, and learned the horrors of war. Graphic novels have shown many of my students the power of story when they didn’t believe it to be possible.

I’ve been blessed to share the graphic novel winners with the Nerdy audience since the inception of the award. Many things stay the same year after year. Looking over this list I see many authors that are familiar to the Nerdy audience. I’m grateful that you all create this list for us with your votes, it allows me to see some of the favorite titles from my classroom and find new titles to share. Do you feel like we missed a title? Make sure to share it in the comments. And thank you again for taking the time to vote this year in the Nerdy Awards. Donalyn calls this the People’s Choice of book awards, and it truly is.

Quick note – a few of our winners are geared to middle school readers on up. I’ve indicated that with *** following the author’s name.

Babymouse Goes for the Gold by Jennifer and Matthew Holm

The twentieth volume of Babymouse was perfectly released this year ahead of the Summer Olympics. My students delighted in seeing Babymouse compete in the swim team and, of course, dream big about moving on to the Olympics. Their favorite part of any Babymouse book would be a combination of the mention of cupcakes, Babymouse’s imagination, her crazy whiskers, and, of course, the narrator. 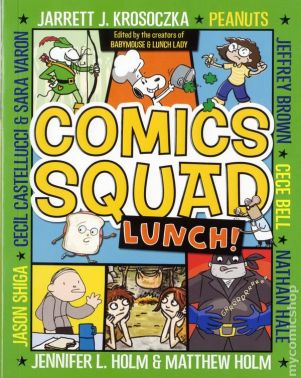 Comic Squad: Lunch by Jennifer Holm, Matthew Holm, and Jarrett J. Krosoczka (and many others)

This is the second book in the Comic Squad anthology series. The amount of amazing graphic novelists that have written stories for this series will floor you. My students love to read it because it allows them to see old favorite authors and find new ones. Each book in the Comic Squad series has multiple short comics all centering around one topic. The stories do not build on each other, but stand alone. The first book was around the topic of recess. This volume is about lunch and a third volume about detention is due out this summer.

I first “met” Hope Larson through the amazing graphic novel version of Wrinkle in Time. That book is so popular I’ve had to replace it three times in my classroom, it always disappears. In Compass South Larson she takes us back to the 1860s. This book is filled with adventure, crime, and pirates. It will fly off of your shelves.

My middle school students scooped this book up. I mean – a police officer and his loyal companion are injured in the line of duty. To save them both an operation is performed and we end up with Dog Man who has the head of a dog and the body of a human. Now he’s off to save the world!

This graphic novel from Telgemeier centers around two sisters, Catrina and Maya. Their family needs to move to northern California because Maya is sick. The cool sea air there should be better for Maya, make it easier for her to breathe. When they move, Catrina meets a new friend who shares with her a secret of her new town – there are ghosts all around.

If you haven’t read the first book in the Hilo series, please remedy immediately. My students are crazy about Hilo, a kid who crashed to Earth in book one, befriended two kids named DJ and Gina, and charged into every situation with enthusiasm and a bit of cluelessness. The way he greeted DJ in the first book was a common greeting among my students for the rest of the year. Here in book 2 he’s back, trying to save the world. Portals keep opening all over, evil is coming, and these three kids need to band together to save us all.

I know graphic novelist John Patrick Green for his series for older readers, Teen Boat. This novel, however, is perfect for younger kids. Poor Hippo. No one comes to visit him at the zoo anymore. So he and his friend, Red Panda, take off to explore the world and find a job. He will, naturally, have to find some disguises so that people will assume he is a human, not a hippo. Hilarity ensues. 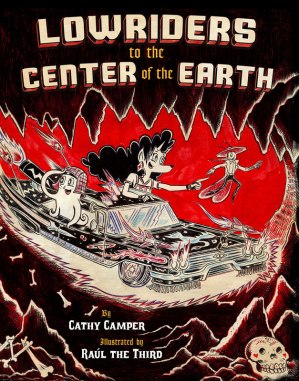 This is the second book in the Lowriders in Space series. My students were crazy about the first one – the use of Spanish and how the illustrations were done in a medium they had easy access to – pens! Here the three main characters are back and working at their own garage. However, when they discover that their cat, Genie, is gone, they are off to the rescue.

This might be one of the most important graphic novel series of all time. Here we have the conclusion to the March trilogy, a graphic novel memoir of John Lewis’s experiences in the Civil Rights movement. While aimed at middle school kids to adults, I did have a few fifth graders read this series last year and it left a lasting impact. One came to visit me this summer at my new middle school. His sole reason for visiting was to see if I had the third book. He took the whole series because he wanted to read the first two again before finishing with this important book. I truly believe this is a series we all need to read.

My students are huge fans of Hatke’s work. They cannot get enough of Zita the Spacegirl. I think they’d read anything Ben wrote, but they are completely enamored with Mighty Jack. Here our character of Jack is dreading babysitting his sister Maddy this summer. Maddy doesn’t talk, much. When she finally does it is to convince Jack to make a trade for a box of beans. Hatke’s reimagining of Jack and the Beanstalk is something my students absolutely love.

Narwhal Unicorn of the Sea by Ben Clanton

This was a Christmas gift from my family to my niece and nephew. I think it’s a perfect early elementary graphic novel. At its heart, this is a friendship story between Narwhal and his friend, Jelly, as they explore the ocean.

This is a graphic novel aimed at YA audiences. It’s 1988 early in the morning and four paper girls are on their route. Craziness ensues. There are many 80s throwbacks, lots of bizarre storylines, and a bit of time travel. This is the first in a series. 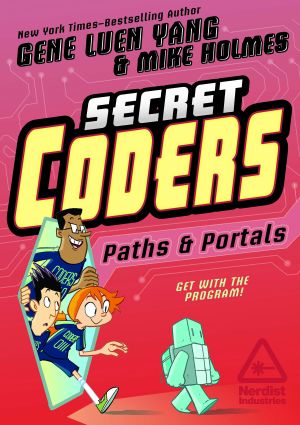 My students were big fans of the first volume in this series and couldn’t wait to get their hands on the second one. Here we have the three main characters back and trying to figure out what secrets their school is hiding. When they learn about the past life of the school – and coding – they want to know more.

It is hard to express my extreme love for this book without being over the top. I have Phelan’s Snow White on both my Mock Caldecott and Mock Newbery this year. Phelan takes the Snow White story we’ve grown up with and plants it into 1928 New York. The wicked stepmother is Queen of the Follies, the mirror is a stock ticker tape, and the dwarves are seven kids living on the street. Absolutely beautiful and mesmerizing book.

I was given an advanced copy of this book and quickly passed it around to as many people as I could. Even though it is for younger readers than my middle school students, I’d venture to guess that over half of them have read it. This is a hilarious take on three class pets and their adventures after school. One, GW, wants to flee the school. The others aren’t too sure they need to give up this gig of being class pets. Chaos abounds as the book progresses and I found myself laughing out loud numerous time.

I’ve bought this biography for my son who is interested in computer programming. Alan Turning was a mathematician and scientist who is credited with creating the founding principles of computer science. I had never heard of him before picking up this biography, but I think many of our older readers would be interested in his story. 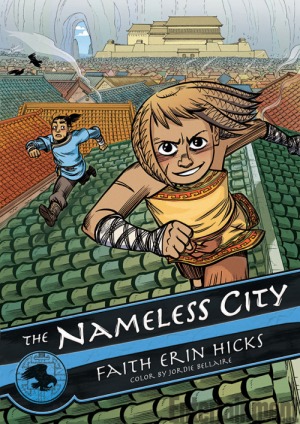 This is the first book in a planned trilogy. The Nameless City is called that by the people that live there. There city is always being conquered and renamed by the new group in charge. They don’t see it as this new place each time, but their home. The names are for the outsiders who don’t belong. The story follows Rat and Kai. Rat is a native of the nameless city, Kai is an outsider. Their friendship is at the center of this story; one my students cannot get enough of.

Katherine Sokolowski has taught for twenty years and currently teaches seventh grade in Monticello, Illinois. She is passionate about reading both in her classroom and also with her two sons. You can find her online at http://readwriteandreflect.blogspot.com/ and on Twitter as @katsok.