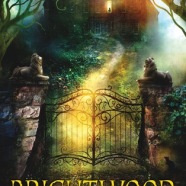 Imaginary People and Their Imaginary Friends by Tania Unsworth 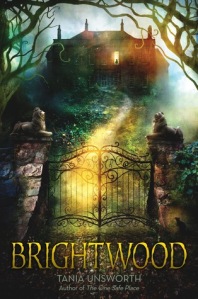 I had a problem that only an imaginary friend could solve.

I wanted to write a story about a girl left all alone in a beautiful yet crumbling stately home. Born in one of its many rooms, she has never once set foot outside the grounds. The home (which happens to be called Brightwood Hall) is quite literally her whole world. Then a threatening stranger turns up and the girl has a choice; run away from everything she has ever known, or stand her ground and fight.

But here’s the problem. It turns out that it’s extremely difficult to write a whole book where the only protagonists are a little girl and a threatening stranger. Social interaction – with all its useful conflicts of interest, exchanges of information and character revealing possibilities – is one of the engines that keep a story moving along. You have to have some kind of dialogue.

Sometimes the hardest things to learn are the most obvious.

I had a girl all alone, but I couldn’t tell her story unless she had company. The only solution was to fill her world with figments of her imagination. In BRIGHTWOOD, my heroine Daisy Fitzjohn is on speaking terms with a whole slew of ‘unreal’ characters. There’s her chatty pet rat Tar and a topiary horse named True. There is Little Charles who lives in a painting, and two stone lions that guard the gates of Brightwood Hall. Most important of all, there is Frank, a girl from an old black and white photo who appears when Daisy needs help the most.

As so often happens, the solution to one problem quickly lead to five new ones. I had no idea how to write about Frank. An imaginary friend is one thing in the mind, quite another on the page. What did she look like exactly? Was she transparent or solid? Did she move through obstacles or around them? Could she open doors and pick things up?

Imaginary friends are complicated in other ways too. When Daisy’s safety is threatened, Frank needs to be able to help her. But as a figment of Daisy’s imagination, Frank can’t possibly know anything that Daisy herself doesn’t know. Getting around that limitation took careful plotting.

Frank was only imaginary, but I knew she needed to be a character in her own right. That meant giving her a lot of autonomy. Frank is bossy, often scornful, and her judgment is completely unreliable (for the whole of the book she thinks she’s in the middle of the Amazon jungle). Yet she’s also fearless and wise and irreverent.

But is it Frank who’s fearless and wise, or is it Daisy herself? The great thing about an imaginary friend as a character is that you can have it both ways.

Frank comes and goes when she pleases and doesn’t think much of Daisy at all. For someone who’s only made-up, Daisy thinks, Frank has no right to be so annoying.

As a writer, I find that funny.

Like Daisy, writers are often frustrated by their own creations. Fictional characters can be tricky people to deal with. They don’t always do what they are told. They hide. They change from one page to the next. They behave in unexpected ways. Sometimes you have to write a whole book before you understand who they actually are. And then you have to write the book all over again, because that understanding changes everything…

BRIGHTWOOD is about an imaginary friend, but of course, in a larger sense all fictional characters are imaginary friends. They live first in the mind of the writer and then – perhaps no less keenly or vividly – in the many worlds of the reader. I thought a lot about the irony of that when I was writing the book.

Frank is the figment of a figment.

Daisy Fitzjohn has never met anyone other than her mother in the whole of her life, and early on in the story, she realizes that nobody knows she exists. It’s a terrible moment. How, she wonders, does a person know if they are real or not? What if she’s just a girl in somebody’s imagination?

“Do characters in books know they are only made-up?” she asks.

Writing those words, I felt enormously sorry for Daisy. Almost as sorry as she in turn feels for Frank when the time comes to leave her imaginary friend behind. Except of course she doesn’t have to leave her, not completely. No more than anyone has to leave a much loved fictional character once the last page is turned.

Books – like childhoods – have to end. But the best imaginary friends can be eternal.

Tania Unsworth published numerous articles for magazines and newspapers and two novels for adults before realizing that children’s fiction was her true passion. THE ONE SAFE PLACE (Algonquin Young Readers) was her first novel for middle grade readers. BRIGHTWOOD is her second. Find her at www.taniaunsworth.com and on Twitter @TaniaUnsworth1.