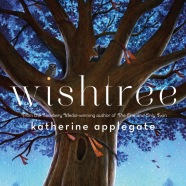 Five years ago, I fell in love.

The object of my affection was handsome in a weathered sort of way, if a bit beaten down by the vagaries of life.

Folks, you haven’t really lived until you’ve loved a tree.

It was in a too-small container in a too-dry climate in a too-shady courtyard. Abandoned by a previous tenant, the ten-foot Arbutus was too big to move, too ungainly to rescue.

Reader, I buried him.

In mulch, in manure, in ladybugs, in Superthrive and Shake n’ Feed. I am, I confess, a gardener who loves too much.

When you ask why I wrote wishtree from the point-of-view of a tree, you have only to look at the wearily lovely “strawberry tree” sitting not far from the desk where I work each day.

Still and all. A tree?

It’s an interesting question, POV. Whose story is it, anyway? That’s often the first question an author asks herself. How would Charlotte’s Web have read if Templeton had told the story?       Moby Dick becomes quite a different tale when the whale’s got the microphone.

Imagine asking people to write your life story, to unspool your narrative, line by line, year by year. How would your parents tell your tale? Your child? Your co-worker? Your truest love? Your favorite teacher?

Clearly, I had botany on the brain when I wrote wishtree. I’ve no doubt that’s how a tree named “Red” became the narrator of my story. But I had other things on my mind as well, the same things so many of us in this country have been losing sleep over. The anger. The divisiveness. The fear.

Red is a red oak, common and tough and beautiful. A neighborly tree in an immigrant neighborhood, it’s stood witness for over two hundred years to the best and worst of human behavior. Sadly, it’s not entirely a surprise when someone carves “LEAVE” into Red’s bark, clearly targeting the Muslim family that lives nearby.

“I love people dearly,” Red says. “And yet. Two-hundred and sixteen rings, and I still haven’t figured them out.”

In writing wishtree, I wanted a simple story, one where even the youngest reader would be prompted to ask that most heartbreaking of questions: why are those people being treated unkindly?  I wanted an outsider’s look at human behavior, not unlike the way Ivan the gorilla, in The One and Only Ivan, worked to understand his world. The character of Red provided me with just that kind of observer.

But Red gave me something else:  hope. In Red, I found a narrator who could reassure us that — big picture — it’s going to be all right. I wanted a narrator who’d been around the block, so to speak, a historian. I wanted to feel the way you do when Doris Kearns Goodwin or Douglas Brinkley visits a Sunday talk show and tells the viewer, “Don’t worry, we’ve been through this before. It’ll all be fine. I promise.”

I didn’t want to sugar-coat things. But I wanted Red to comfort readers (and me) that this, too, shall pass. That there is always goodness to be found in the midst of fear, and hope in the midst of darkness.

Just as with point-of-view, I thought a lot about the dedication to wishtree. Finally, I came up with  five simple words: 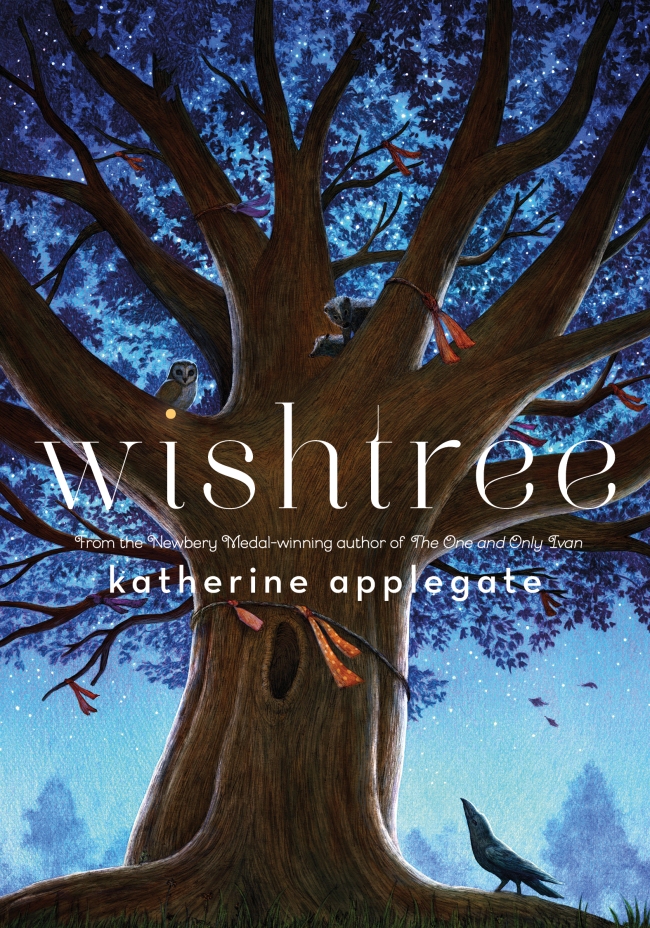 I think Red would approve.

And now, if you’ll excuse me, I have a dear friend to mulch.

Katherine Applegate is the author of many books for young children, including ANIMORPHS, ROSCOE RILEY RULES, HOME OF THE BRAVE, and THE ONE AND ONLY IVAN, which won the 2013 Newbery Award.

We are excited to give away two advanced readers copies of wishtree. To enter please fill out the form below. You must be at least 13 to enter the giveaway. Winners will be randomly selected 1/16/17. 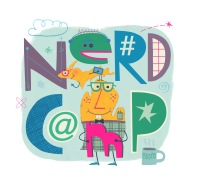 Macmillan will also be giving away 200 advanced readers copies of wishtree at Nerd Camp this summer in Michigan.