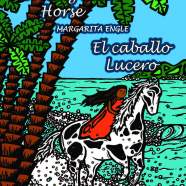 For many years, I have quietly hoped for bilingual or Spanish editions of my books for young readers.  Fifty million people in the U.S. speak Spanish, but translations of books by Latino authors are as rare as any endangered species.  It’s much more common to find Spanish editions of bestsellers by non-Latinos.

Latino family literacy is a challenge that can only be met by providing a wide variety of books in both languages, so that older and younger generations can read and discuss the same poems and stories.  That wide variety should include—but not be limited to—books by Latinos.

In 2009, a dual language paperback of The Surrender Tree/El árbol de la rendición, was released with a beautiful translation by the brilliant Cuban poet Alexis Romay.  I was thrilled! This was a dream come true. However, when I sat down so proudly for a signing at the Texas Library Association conference, not one person stopped to browse the pages or talk to me.  With the Macmillan sales director at my side, I suffered through a full hour of watching librarians rush toward other authors with their English-only books.  The Surrender Tree’s Newbery Honor was not enough to attract even the mildest polite imitation of interest.  The sales executive turned to me and said with deep sympathy, “People say they want bilingual books, but they don’t buy them.”  He was right.  If librarians aren’t interested, how will families find these books? 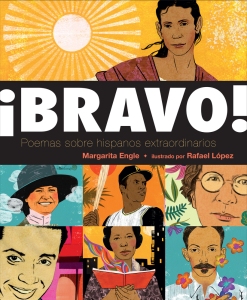 Now, in a new wave of experimentation, my next picture book with Holt is Bravo! Poems About Amazing Hispanics, with dramatic illustrations by Rafael López, and a simultaneous Spanish edition requested by the sales department.  Once again, I feel hopeful, especially since my memoir, Enchanted Air, will also have a stunning Alexis Romay translation in the Spanish paperback, which will be released this August by Atheneum.  At a time when I have stopped begging for translations, publishers are suddenly offering.  I believe the credit should go to information provided by the CCBC and We Need Diverse Books.

Perhaps my most amazing dream-come-true story is Morning Star Horse/El caballo Lucero, a middle grade historical verse novel told in the style called magic realism.  The original Spanish term for this style is much more precise, lo real maravilloso, ‘marvelous reality,’ clarifying that the story takes place in an ordinary setting, with normal daily life, and only one unusual element, which Gabriel García Márquez described as “Caribbean reality.”

Released on January 25 by HBE Publishing, an innovative new small press, Morning Star Horse will be available in a choice of three formats, English, Spanish, or bilingual, and yes, the gorgeous translation is by Alexis Romay! Both he and I agreed to accept royalties only, in lieu of an advance, simply because the choice of formats is such a unique opportunity to meet the needs of any group of readers, whether it’s in a classroom, or around the dining room table.

Morning Star Horse is about a girl disabled by rickets, and her magical horse-friend, but it was inspired by the true story of the Raja Yoga Cuban Kids, Spanish-American War orphans who were brought to an unusual school in San Diego, where they studied yoga, gardening, art, poetry, theater, and world religions, along with traditional subjects.  For me, this was a research adventure that began when by chance, while searching for something else, I came across some of the Raja Yoga Cuban Kids’ artwork at the San Diego Historical Society.  It was as if the hippie movement of the 1960s had been transported back in time to the turn of the century.  The rest is history—and magic.

Now, comes the waiting.  Will a choice of three formats make the difference? If I bring a sample of my most unusual Caribbean reality story to the Texas Library Association conference this April, will anyone care?

Like Loading...
← Strictly No Elephants written by Lisa Mantchev & illustrated by Taeeun Yoo – Review by Darshana Khiani The Portals We Create by Pernille Ripp →