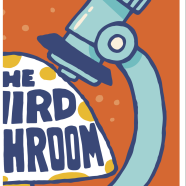 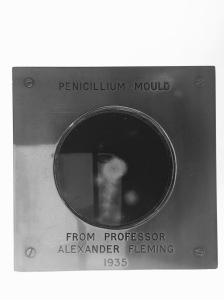 My parents were always nagging me to clean up my room when I was a kid.

I was a little messy.

Which is probably why I’ve always loved the story of how Alexander Fleming discovered penicillin. (Also, my dad was a doctor so we had a lot of penicillin around the house.)

Alexander Fleming was a physician and microbiologist who toiled for many years trying to find a treatment for bacterial infections. In the first part of the twentieth century, common infections could mean death.

The story goes that when Alexander went away for vacation, he neglected to tidy up his lab. Apparently, Fleming was messy like me. Upon his return, he discovered that one of his unwashed petri dishes had grown a Penicillium mold. Incredibly, it had killed the Staphylococcus bacteria in the dish. This “accidental mold” was an unexpected result. A mistake that changed the history of medicine—and saved the lives of millions.

When I do school visits, I notice that kids are obsessed with not making mistakes. In fact, they’re often scared of even trying. They want to be perfect. They want their first draft to be their only draft.

But making mistakes—and messes—is part of life. It’s important for discovery. It’s how we learn and grow. And sometimes we may have a result we don’t expect—one that can change the world. My new novel, The Third Mushroom, explores all of these themes.

I’m still a little messy. Although these days, I’m the parent nagging the kids to clean up their rooms.

(It turns out that they take after me a little too much.) 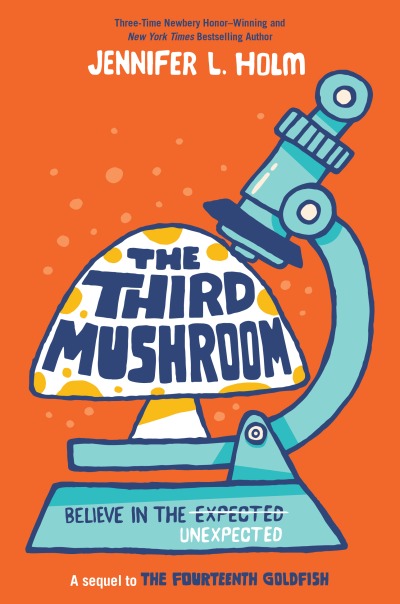 Jennifer L. Holm is a NEW YORK TIMES bestselling children’s author and the recipient of three Newbery Honors for her novels OUR ONLY MAY AMELIA, PENNY FROM HEAVEN, and TURTLE IN PARADISE. Jennifer collaborates with her brother, Matthew Holm, on two graphic novel series — the Eisner Award-winning Babymouse series and the bestselling Squish series. Her new novel is THE FOURTEENTH GOLDFISH. She lives in California with her husband and two children.

Like Loading...
← La lengua es puerta a la cultura y vínculo a la herencia or Why I Write Bilingual Books by Lulu Delacre Reaching the Kids Who Need Us Most by Shannon Hitchcock →