Home » Author Posts » How to Write a Science Fiction Novel, Minus the Actual Writing Part by John David Anderson 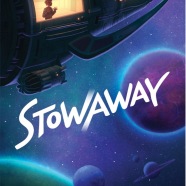 How to Write a Science Fiction Novel, Minus the Actual Writing Part by John David Anderson

Happy 5th Birthday. Today there will be cake. Tomorrow your father will take you to see a little movie called The Empire Strikes Back. Having not yet seen the movie that comes before it, you will have no idea what’s going on, but there are giant walking tanks and laser swords and a funky-talking Muppet. You will fall instantly in love. You will grow up with dreams of being a Jedi. You will soon own half of the action figures. Your father will sleep through it–space operas are not his thing—but he bought you Gobstoppers, so it’s all good.

Pay attention—this is important. At night your mom will crawl into bed and read A Wrinkle in Time to you and your much older sister (who will pinch you so that you make it to the end of the chapter even though it’s well past your bedtime). You will be filled with dread at the threat of The Black Thing. You will sense there is so much more going on in the book than your seven-year-old mind can grasp, and you will be right.

Twenty-plus years later you will be filled with love for a mother who challenges her children to love reading, to think deeply, and to unleash their imaginations as you read to your own kids in bed.

It’s called Home Box Office and it’s about to consume your tween weekends. War Games, The Last Starfighter, Mad Max, Tron…your balloon of a brain will be filled to bursting. You will watch good movies (E.T.) and terrible ones (The Ice Pirates), but you won’t know the difference. Not yet. Because this isn’t about analyzing the craft; this is about getting lost in another world—any other world—because you’re thirteen and the real world kind of blows monkey chunks. It’s all right: in a couple of years you’ll go to high school and find your people and you won’t need HBO to keep you company on a Saturday night because you’ll be hanging out with your friends…watching Showtime.

Merry Christmas! You already know what you are getting. A Brother Model WP-760D Word Processor Electric Typewriter with a seven-line LCD screen and a 3.5 inch floppy disk drive (and a compass in the stock and this thing that tells time). You told your parents you would mostly use it for schoolwork, but truthfully you have other ambitions. After all, you’ve just finished The Hitchhiker’s Guide to the Galaxy and you now know the meaning of life, the universe, and everything, so you’ve decided to write your own intergalactic satire modeled after Douglas Adams. It will be 150 pages long. It will border on plagiarism in some places and will sound like Vogon poetry in others, but that’s okay—you have no plans to publish it. You have no plans to publish anything. Authors are demigods, after all. You can’t even conceive of joining that pantheon. Can you?

Stop going around saying, “I grok you, my water brother.” Nobody gets your references. Also keep writing; you’re getting better with each passing page. If you work at it, you might get a story in the college literary magazine. It not, don’t sweat it. You’re an English major—the possibilities are endless.

Congratulations! You got your first novel published (and you said it couldn’t be done). Look at you on the shelf of the B&N sitting next to M.T. Anderson (you’re right–Feed was a great book). Maybe you’ll get a chance to write your own science fiction novel someday.

How have you not heard of Guardians of the Galaxy before? This is what you get for only reading X-Men comics. What a marvel-ous (see what I did there?) bunch of morally enigmatic oddballs. You are a sucker for a good anti-hero, never mind a whole ship full of them. Will the wells of inspiration ever dry up?

I fear for the world, and I know you do too. I’m starting to wonder if Douglas Adams wasn’t onto something: If aliens ever do happen across our lonely little rock, will they find something here worth saving? Will they witness the disastrous effects of our haphazard stewardship of the planet and pass judgement? Would they give us the means to make a course correction or would they just blast us to bits to make room for their hyperspace bypass?

On the plus side, young people like Greta Thunberg give me hope for the next generation of leaders. I hope to be one-tenth as inspiring as her someday.

I’m sorry for our loss. It’s been a terrible year. We are in it deep, you and me. And when we are in this deep, we both know there’s one thing we can do to try and crawl out.

So grab the laptop, the Diet Coke, and the Atomic Fireballs. Adjust your Kurt Vonnegut doll and open up a new file. It’s time to go back to the beginning. To when you fell in love with stories.

It’s time to get to work.

John David Anderson is the author of many highly acclaimed books for kids, including the New York Times Notable Book Ms. Bixby’s Last Day, Posted, Granted, One Last Shot, and Stowaway. A dedicated root beer connoisseur and chocolate fiend, he lives with his wonderful wife, two frawesome kids, and clumsy cat, Smudge, in Indianapolis, Indiana. You can visit him online at www.johndavidanderson.org

The beloved author of Posted and Ms. Bixby’s Last Day returns with the first book in a coming-of-age sci-fi duology about Leo, a kid trying to navigate the galaxy in order to save his family—and, possibly, the planet Earth.

When scientists discover a rare and mysterious mineral buried in the Earth’s crust, they have no idea that it just happens to be the most valuable substance in the entire universe. It’s not long before aliens show up to our little corner of the galaxy offering a promise of protection, some fabulous new technology, and entry into their intergalactic coalition—all in exchange for this precious resource. A material so precious that other alien forces are willing to start a war over it. A war that soon makes its way to Earth.

Leo knows this all too well. His mother was killed in one such attack, and soon after, his father, a Coalition scientist, decides it would be best for them to leave Earth behind. It’s on this expedition that their ship is attacked, Leo’s father is kidnapped, and Leo and his brother are stranded in the middle of space. The only chance they have is for Leo to stow away on a strange ship of mercenary space pirates bound for who knows where and beg the captain to help him find his father.

But the road is dangerous, and pirates, of course, only look out for themselves. Leo must decide who to trust as he tries to stay alive and save his family, even as he comes to understand that there aren’t many people—human or alien—that he can count on in this brave new universe.

Like Loading...
← TOP TEN BOOKS ABOUT KIDS WHO COOK (AND BAKE) BY SALLY ENGELFRIED The Magic of a “Real Book”: How a Blank Hardback Book First Inspired One Author by Kim Howard →