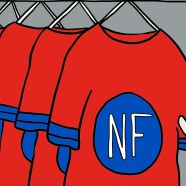 Recently, over a few early morning breakfasts, my middle-school daughter Anna and I started batting around the idea of a nerdy writer of nonfiction books (not that we know anyone like that) who decides to become a superhero and spread his love of true stories. The concept was not fully formed, and still isn’t, but we figured we’d try it out. And so here is the first episode of Nonfiction Man! We wrote it together, and each drew every other panel. We’re making it up as we go, but she’s thinking the next one should feature Alexander Hamilton… 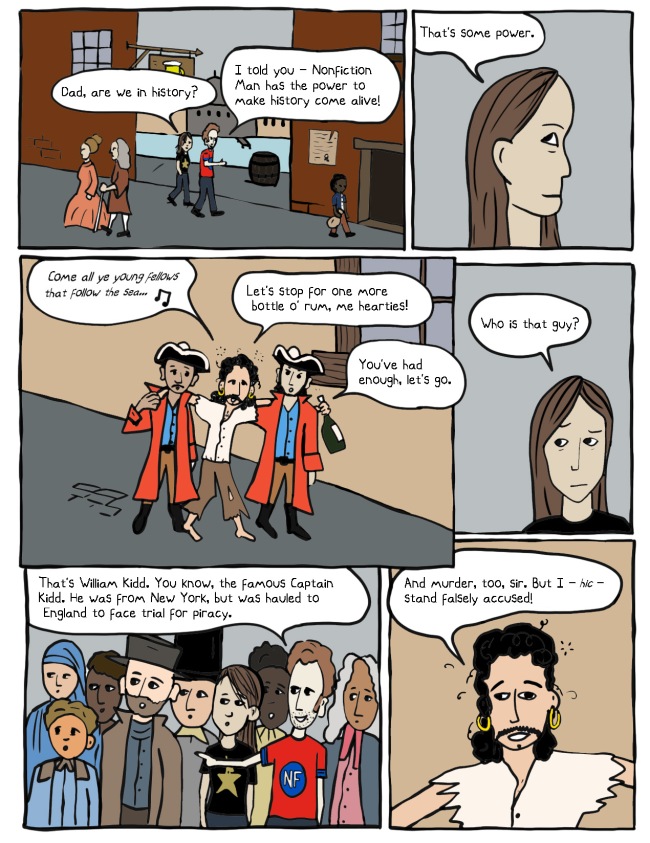 Anna and Steve Sheinkin are a daughter-and-dad writing team. When not making comics, Anna is an eighth-grade student who loves Tae Kwon Do and playing clarinet. Steve is a former textbook writer who is now making amends by writing history books that kids and teens might actually want to read. Titles include Bomb, Born to Fly, The Notorious Benedict Arnold, Lincoln’s Grave Robbers, and Undefeated. They live in Saratoga Springs, NY, where winter mornings are dark, and you need something to make you laugh. You can visit Steve online at www.stevesheinkin.com

Like Loading...
← On a Clear Day, You Can See the Truth by Gail Shepherd HOLDING ONTO ‘HEART’ by Carol Coven Grannick →